Kenya: I'm Ready to Be Probed for Graft, But Not By EACC - Sonko 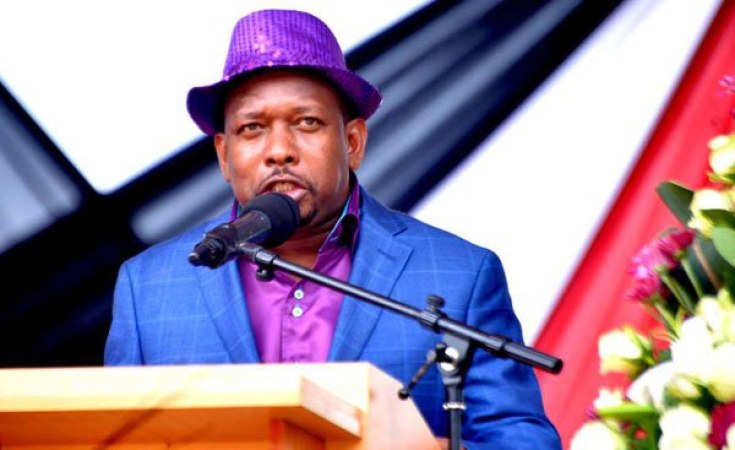 Embattled Nairobi Governor Mike Sonko has said he is ready and open for investigations but not by the Ethics and Anti-Corruption Commission (EACC).

The City Hall boss, who has recently been embroiled in a back and forth with EACC said he is willing to be investigated by any other competent body and is willing to respond to any summons.

Through his lawyer Cecil Miller, Mr Sonko said that his misgivings about EACC emanates from a tiff with the agency's head of investigations Abdi Mohamud.

Mr Miller argues that his client, Governor Sonko, would be prejudiced because he is pursuing the investigation of Mohamud over the grabbing of land in Mugoya Estate in South C and the acquisition of Integrity Centre in which Mr Mohamud is involved.

In light of the above, he wants the courts to bar Mr Mohamud from investigating him faulting the continuous summons he still receives from EACC and Mr Mohamud, even after filing a case against them.

"Governor Sonko is not saying he is above the law but pending hearing and determination of this matter that is before the court, EACC and Mohamud should be barred from investigating him," said Mr Miller.

Last week, the anti-graft agency, through documents filed in court, revealed an intricate web of corruption at City Hall, with the governor at the centre allegedly receiving kickbacks amounting to Sh39 million from companies doing business with City Hall.

In the expose, four companies allegedly affiliated with the Governor's close friends cumulatively diverted some Sh39 million to their related companies before the money ended up in the governor's accounts.

Yiro and Hardi are among the 14 companies that are said to have been paid Sh524 million this year to collect garbage in the city. Amaco, since 2013, had a running contract to insure county government vehicles while Web Tribe, which operates as JamboPay, was until May this year providing e-payment revenue collection for the county.

Arbab and ROG Security Ltd are both owned by Anthony Otieno Ombok, alias Jamal, a Sonko ally who in 2018 was arrested in connection with assaulting Nairobi Central Business District Association (NCBDA) chair Timothy Muriuki in the full glare of cameras during a press conference.

Nairobi Governor Mike Sonko Arrested
Tagged:
Copyright © 2019 Nairobi News. All rights reserved. Distributed by AllAfrica Global Media (allAfrica.com). To contact the copyright holder directly for corrections — or for permission to republish or make other authorized use of this material, click here.