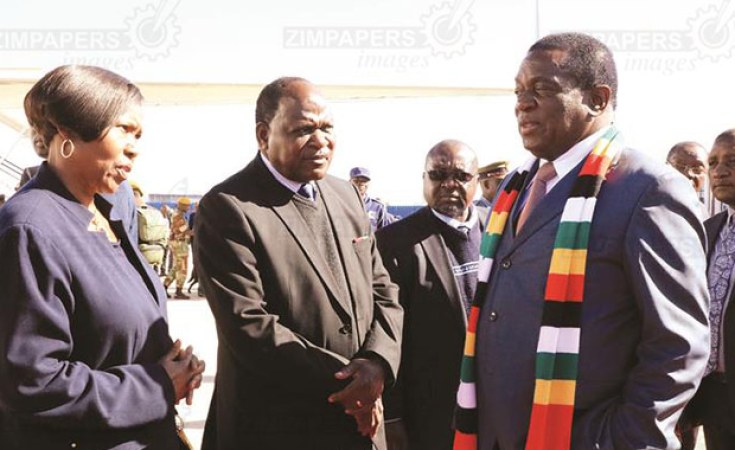 War veterans now want government to establish a bank for them and build a specialised hospital to exclusively treat the over 25 000 remaining former liberation war fighters.

The issue was revealed in Parliament by Defence and War Veterans Ministry secretary Mark Marongwe when he appeared before the parliamentary portfolio committee on defence to speak on the 2020 budget last week.

Marongwe's submission came hard on the heels of a recommendation by the committee that war veterans must be exempted from paying tollgate and parking fees.

"Women have their own bank, which was established for them, but if you look at the war heroes that fought in the liberation struggle they are not well funded in terms of self-help projects and there is need for financing to be availed so that there can be a war veterans bank where they can borrow money for self-help projects," Marongwe said.

"Even 39 years after independence our remaining liberation fighters are still suffering from different effects of the war and just like in other countries like the United States of America there is need for a specialised hospital to cater for our war veterans, and the hospital can raise money through charging fees to non-veteran clients."

Marongwe's suggestions were supported by the parliamentary committee whose report also recommended that the former fighters be given more land and be exempted from taxes.

The committee's chairperson Levi Mayihlome from Zanu PF said the government should adopt a policy to ensure that once land has been allocated to war veterans, it must not be repossessed.

"The government should establish a war veterans bank which allows members to access loans at low interest rates," he said.

"Widows and surviving children of war veterans must not be dispossessed of agricultural land.

"The Ministry of Defence and War Veterans should allow grass roots war veterans to elect their representatives to the board.

"The government should establish vocational training centres, which offer practical short courses in welding, plumbing, pig farming and poultry to be introduced at the beginning of year 2020."

The committee report also said that war veterans were being ignored during government events.

"The committee recommends that the Ministry of Defence and War Veterans should craft a policy that recognises war veterans, duly awarding them with liberation war medals, with uniforms and special sitting arrangements at all events that relate to the liberation of Zimbabwe," the committee added.

"It is also recommended that government should declare all veterans of the liberation struggle national heroes upon death with equal benefits despite that one is buried at the national shrine, provincial shrine or his home area."

In 1997 former president Robert Mugabe was forced to pay the former fighters huge but unbudgeted payouts after they started protesting against his government.

War veterans now get monthly pensions and were also given priority during the land redistribution programme that started in the year 2000.