Africa: International Day of the Elimination of Violence Against Women - Lighting Up the World in Orange to Stand Against Rape 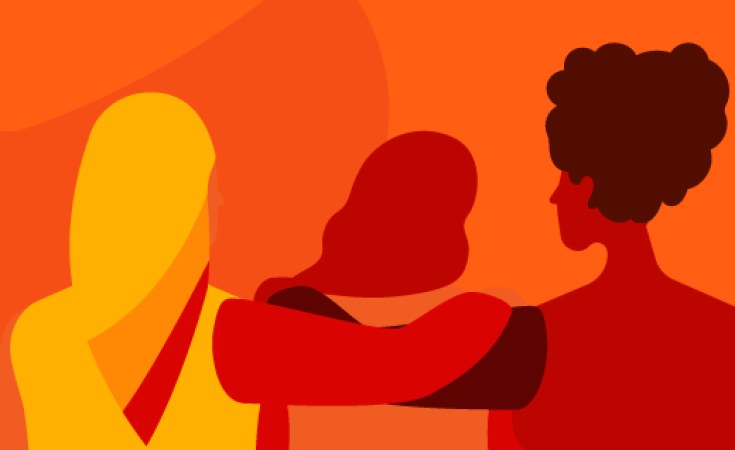 Today, the EU will light up its headquarters in Brussels to show its support for eradicating an alarming problem that is still too common. One in three women in Europe has experienced physical and/or sexual violence.

One more year, the world goes orange to mark the International Day of the Elimination of Violence against Women. Today, the European Commission and the EEAS will light up their headquarters in Brussels in this colour to show its support for eradicating an alarming problem that is still too common, and adopts many different forms, in our societies. One in three women in Europe has experienced physical and/or sexual violence. Nearly all victims of trafficking for sexual exploitation within the EU are women and girls. In developing countries, one in every three girls is married before reaching the age of 18. There are at least 200 million women and girls who have undergone female genital mutilation, which is still performed in around 30 countries. Building on the global momentum created by recent movements such as #MeToo, #TimesUp, #Niunamenos, #NotOneMore or #BalanceTonPorc, this year's UN campaign focuses on rape and the 'rape culture' that normalizes sexual violence with devastating effects for the victims.

"Violence against women can happen anywhere - at home, in the workplace, in schools and universities, on the street, on public transport or increasingly online, in the form of cyber violence and hate speech", said the High Representative Federica Mogherini in a statement issued jointly with the European Commission to mark the date. "Our goal is clear: We must eliminate violence against women and girls. The European Union is committed to achieve this and will continue to fight tirelessly the rights of every woman and every girl".

During last weekend´s visit to Japan to take part in the G20 Ministerial meeting, Mogherini attended a High Level event on the role of Women and Youth in Peace, where she reflected on the link between gender-based violence and stable and peaceful societies: "Violence against women includes many different forms: from economic injustice to social disparities, from lack of fair healthcare as well as physical, mental, and emotional violence against mainly women and girls. When a society is not just, then there can be no sustainable peace either" .

Today is also the kick-off of the campaign '16 Days of Activism against Gender Based Violence', an initiative coordinated by the Center for Women's Global Leadership dating back to 1991. For the next 16 days, right up to the Human Rights Day on 10 December, more than 6.000 organizations in 187 countries will push together to mobilize women to collectively take action in advancing the ratification and implementation of the newly adopted International Labour Organization´s instruments: Violence and Harassment Convention, 2019 (C190) and Violence and Harassment Recommendation, 2019 (R206). This is an important first step towards the implementation of these standards at the national level.

The campaign´s motto, Orange the World: Generation Equality Stands against Rape!, highlights what will be the thematic priority in the next two years: to raise awareness against rape and the 'rape culture' that makes it possible, and to mainstream the idea of 'affirmative consent'. You can find the complete list of events organized worldwide here.

"Ending violence against women and girls is not a short-term endeavour. We are committed to working tirelessly with our local and international partners to strengthen legal frameworks and institutions, improve services for survivors and address the root causes of violence by challenging social norms and behaviours and tackling wider gender inequalities", Mogherini stated.

The EU has put substantial measures in place to end such violence. Among others they include:

The EU's Victims' Rights Directive ensures more and better rights for victims of crimes and specialised support for victims of sexual or gender-based violence.

The Commission is in the process of concluding the EU accession to the so-called Istanbul Convention of the Council of Europe on preventing and combating violence against women and domestic violence, the first instrument in Europe to set legally binding standards for the States to take the necessary measures of prevention, protection and prosecution.

The Rights, Equality and Citizenship Programme helps tackle violence against women and children through funding grassroots projects focusing on prevention of gender-based violence, supporting victims and women and girls at risk, training of professionals and capacity building of services.

Beyond Europe, the EU is leading efforts to tackle violence against women through different schemes. In partnership with the United Nations, the EU launched the Spotlight Initiative, a global, multi-year initiative that counts with an unprecedented initial investment of €500 million allocated to protect and give voice to those victims who have been silenced by their societies.

During 2017 and 2018, it is estimated that the EU allocated more than €62 million in humanitarian aid for the prevention of and response to sexual and gender-based violence worldwide under its protection and health programming.

Female genital mutilation and child marriage are another top priority. Over the last two years, more than 1.5 million women and girls received services for protection and care related to female genital mutilation. Prevention efforts are having a positive impact: some 3,000 communities, representing 8.5 million people, have publicly announced that they are abandoning this practice. The EU has also undertaken a series of initiatives designed to change attitudes and practices towards child marriage, reaching over 1.6 million people.

Africa Needs New Impetus in its Journey Towards Gender Parity
Tagged:
Copyright © 2019 European Union External Action. All rights reserved. Distributed by AllAfrica Global Media (allAfrica.com). To contact the copyright holder directly for corrections — or for permission to republish or make other authorized use of this material, click here.