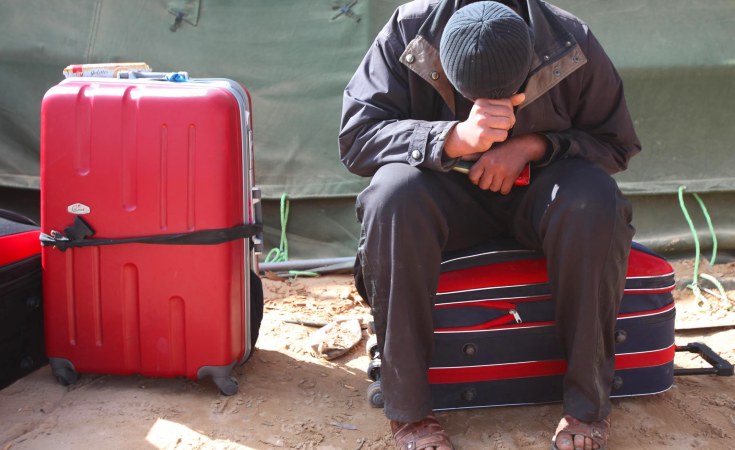 The evacuees were accompanied by officers from the United Nations High Commissioner for Refugees, and were welcomed by Rwandan and UN officials.

A group of 117 more refugees from Libya on Sunday night touched down at the Kigali International Airport, a third evacuation that Rwanda has carried out with other partners.

The refugees of different African nationalities are being evacuated from Libya where they have been stranded for months, others for years, after a failed attempt to cross into Europe as asylum seekers.

The evacuees, mostly youth, were accompanied by officers from the United Nations High Commissioner for Refugees (UNHCR) and were welcomed by Rwandan and UN officials.

Ahmed Baba Fall, the UNCHR Country Representative told the press upon arrival of the group that they will join the others at the Emergency Transit Mechanism (ETM) located in Bugesera District.

Fall described Rwanda's generous support towards the struggling refugees as a show of "solidarity and responsibility-sharing" saying it was in the spirit of "creating African solutions for African problems."

He said the asylum-seekers will be provided with durable solutions and resettled in third countries including Rwanda or going back to their countries of origin.

The evacuation is part of an agreement signed between Rwanda, UNHCR and the African Union to ensure the African nationals are rescued from the deplorable conditions where some have ended up being sold into slavery.

The asylum seekers from different African countries are some of the victims of forced detention in Libya where there are thousands of others enduring harsh conditions.

Detainees in various centres have reportedly described routine torture, rape, malnutrition and exposure to diseases like tuberculosis due to the conditions they are forced to live in.

All are part of the 500 refugees that Rwanda pledged to receive as part of the efforts to rescue the thousands that are languishing under gross human rights abuses in the North African country.

Countries like Sweden and Norway have committed to take in some refugees, a process UNHCR believes could take a little longer.

Other countries like the United States are said to have visited the refugees in Rwanda and exploring possibilities of taking in some.