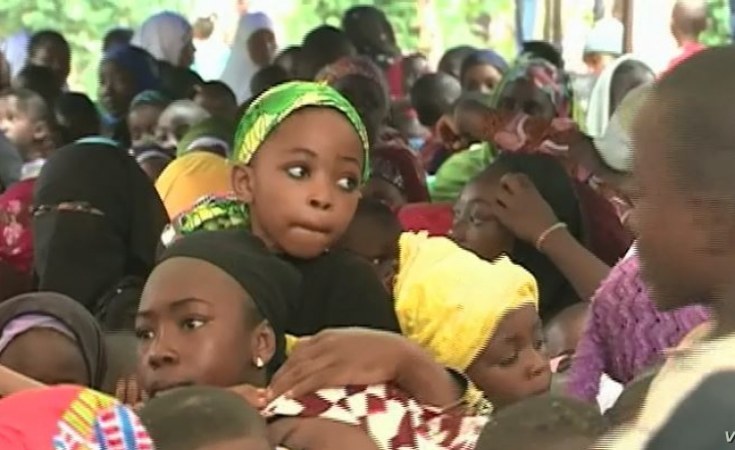 The Vice Chancellor of the institution told the newly admitted learners that everything has been put in place to ensure their academic success.

The University of Buea (UB) on Saturday November 23, 2019, officially welcomed 9,762 newly admitted students for undergraduate and post-graduate programmes in all its establishments for the academic year 2019/2020. Dressed in black suits with white shirts, the students raised their right hands up and pledged to abide by the rules governing UB. "I do on my honour promise to obey the rules and regulations guiding students conduct and discipline in the University of Buea... .," read part of the oath. The Vice Chancellor of UB, Ngomo Horace Manga, Ph.D, told the students that they cannot strive for excellence if they are not discipline. That everything has been put in place to ensure their success and UB requires of them to invest their time in studying. "New buildings have been erected and others are on course. We challenge you to use them carefully and hand them to the next generation," he appealed. Ngomo Horace noted that there are three types of students. The first class is made up of those who have come to UB to attend classes and graduate on record time. The second class comprised students who have come to accompany those of the first class. And the third class is made up of students who do not even know what is happening. The head of UB enjoined the students in the second and third classes to emulate those in the first category. Dr. Michael Ekonde Sone presented the academic discourse entitled "Change of mindset and intergration of ecosystem economy." He enumerated various economies such as agrarian economy, e-economy and ecosystem economy which the latter, he said, is taking over. He requested that students should move with their eyes open, identify problems and use their acquired classroom knowledge to solve them. That Cameroon counts on the students to develop the country upon graduation. The matriculation at the Herbert Nganjo Endeley Amphitheatre (Open Amphi) started with an ecumenical service led by the four chaplains of UB. The religious leaders dedicated the academic year unto God and prayed for the students to concentrate on their studies.Matriculation is an official ceremony in the University of Buea to welcome its newly admitted students.

Global Support for Cameroon Peace Efforts
Tagged:
Copyright © 2019 Cameroon Tribune. All rights reserved. Distributed by AllAfrica Global Media (allAfrica.com). To contact the copyright holder directly for corrections — or for permission to republish or make other authorized use of this material, click here.