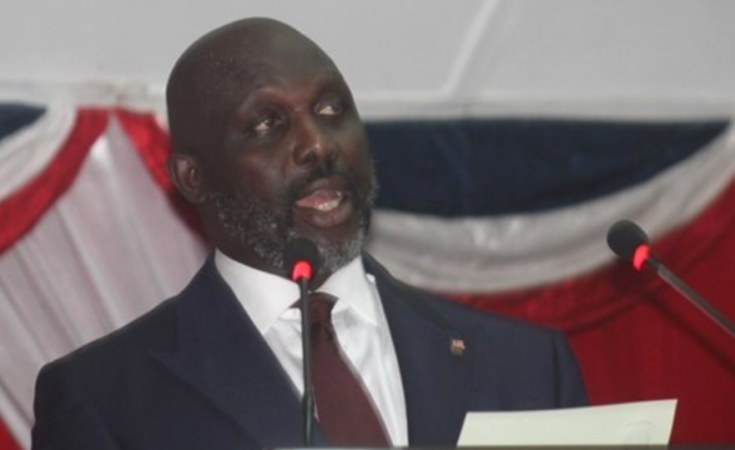 Barely 24 hours following the resignations of two top presidential appointees, another official has resigned as of Monday, November 25, 2019, from the government, citing the "no money for pay" syndrome.

Up to press time last night, it was not clear whether President George Weah had received and accepted the resignation of the Comptroller of the Liberia Anti-Corruption Commission (LACC), but the Daily Observer has reliably learned that J. Bernard Nagbe tendered in his resignation Monday, November 25, informing the LACC Board of his impatience over delays in payment of his salary and benefits.

Nagbe's resignation followed the recent resignations of Gregory Coleman, Director General of the Bureau of Concessions, and Dan Saryee, deputy managing director of technical services of the Liberia Water and Sewer Corporation.

"I am constrained to tender in my resignation on grounds of uncertainty with my salary and benefits. I am not receiving my remuneration on time, and my service to the government and the people of Liberia is not for free," Nagbe said in his three-paragraph letter to members of the Board.

"That is just in simple term," he added. "I owe my life, career and service to my country, but ultimately my family comes first."

Nagbe said he has never had the experience he has gone through in the Weah-led government, "where I will work without pay and benefits."

"I have never had this experience in my professional life, and never am I prepared to endure this nonsense. I cannot and will never work without pay," he said.

In what could be described as a vent of frustration at the state of affairs, Nagbe further said, "Henceforth, I can no more continue this useless sacrifice to the LACC, the Liberian people and the government."

He said: "I am not willing to negotiate a minute or a second of my time serving without pay. This is unbearable, and I can no more tolerate the difficulty associated with caring for my family I love so much."

He said that it is better he has no job than have a job and appears irresponsible to everyone he has a business relationship with.

"I owe almost everyone in Liberia, and I can no more endure this degree of difficulty," Nagbe said.

In closing, he noted, "Thank you for the time I have spent working for the Liberian people, my government and my service to this specialized and very important institution. I am aware of the critical responsibility associated with my work at this Commission, but despite all this, the well-being of my family and myself comes first. Goodbye."

He said he will be available on an unofficial basis to provide all needed assistance in whatever handover the LACC might deem appropriate.

It is not also clear as to whether Mr. Nagbe has waved his unpaid salary and benefits for the months worked for, but from the content of his letter of resignation, it seems that he is done with the Coalition for Democratic Change (CDC)-led government.

It can be recalled that on Sunday, November 24, 2019, Gregory Coleman resigned from his post as director-general of the National Bureau of Concession, subsequently followed by the resignation of Dan Saryee as deputy managing director for Liberia Water and Sewer Corporation.

"My tenure as director-general of the National Bureau of Concession has been filled with challenges and rewards," Coleman said in his letter of resignation. He formerly served as Liberia National Police (LNP) Inspector General.

He added, "Your Excellency, I am grateful for the time you have allowed me to serve in your administration."

In his letter to President Weah, Mr. Coleman wrote, "My tenure as a director-general at the National Bureau of Concessions has been full of challenges and rewards. The Bureau's role on the Inter-ministerial Committee on Concessions is now pivotal in determining the government's policies toward concessions. We need to continue building capacities that extend and deepen the Bureau's influence in positive ways, however."

Further, Coleman told the President, "I have served in government for nearly 20 years. Unlike me, many others in government have made similar commitments to Liberia and remain unsung. Therefore, I am grateful to have achieved success to the top of the Liberia National Police."

He, however, said that he remains committed to serving his country, and feel that there is no better calling than public service. Nonetheless, he added, "Nevertheless, it is time for me to become a private citizen, and hereby resign as head of the National Bureau of Concessions."

He requested the President to allow him to leave by November 29, "to allow for my replacement to have a smooth transition."

As for Dan Torkarmawon Saryee, he sent in his resignation on November 18, and the President acknowledged and subsequently accepted it on Friday, November 22.

Speculations that the Minister of Justice, Cllr. Frank Musa Dean, recently tendered in his resignation could not be independently verified. However, sources say President Weah reportedly refused to honor his resignation and therefore asked him to hold onto to the job.

Whatever could be responsible for the Justice Minister's alleged resignation is unknown, but his recent reaction to Eugene Fahngon's statement that an arrest warrant is out for radio talk show host Henry Costa is at the center of public opinion on the speculation of Minister Dean's resignation.

Fahngon, who is the deputy Information Minister for public affairs, said that Costa will be arrested in December should he land at the Roberts International Airport; but Justice Minister Dean said there was no arrest warrant, and that there is no plan by the government to arrest Costa as stated by Fahngon.

Weah 'Not Worried About' Govt Resignations

LACC Says Its Comptroller Resigned for 'Fear' of Audit 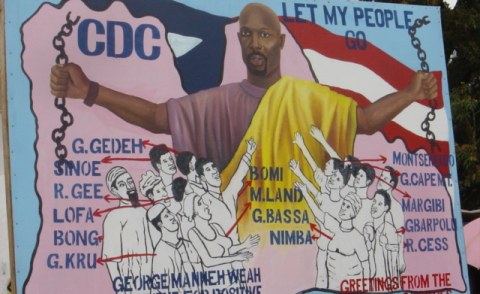 Is Liberia Ruling Coalition Cracking?
Tagged:
Copyright © 2019 Liberian Observer. All rights reserved. Distributed by AllAfrica Global Media (allAfrica.com). To contact the copyright holder directly for corrections — or for permission to republish or make other authorized use of this material, click here.