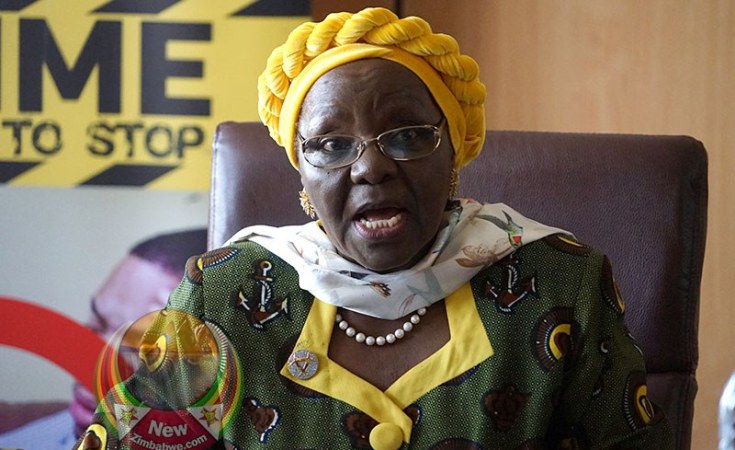 Government is set to establish a help centre for gender-based violence victims in Chinhoyi to commemorate the annual 16 days of Activism against Gender Based Violence campaign which kicked off Monday.

The international campaign, which will run up to the 10th of December this year, honours the victims of gender-based violence while creating awareness and sharing of ideas on how the scourge can be eliminated.

Delivering her speech on the 16 Days of Activism against Gender Based Violence, Women's Affairs Minister, Sithembiso Nyoni said violence can be perpetrated on anyone regardless of their position in society.

"This year's commemoration will witness the official opening of the Chinhoyi one-stop centre for gender-based violence survivors.

"Gender based violence is a universal reality existing in all societies regardless of economic status, class, culture or any other diversity.

"So many women have and are experiencing gender-based violence which has adversely affected their well-being as well as their productivity," Nyoni said.

According to statistics obtained in the Zimbabwe Demographic and Health Survey, 35% of women who are between the ages of 15 and 49 have suffered physical violence in their lifetime.

In most cases, the offender is a man they are involved with romantically or a former lover.

Nyoni said female college graduates or women from wealthy backgrounds have a lesser risk in violence against them.

"Women with more than secondary education and those from the wealthiest households are least likely to report having recently experienced physical violence.

"This is a strong pointer to the effect of strategies to eliminate this scourge."

Gender based violence especially on women and children is a universal problem and has remains rampant among different societies in the world.

The fight against the scourge has however been held back by some societal beliefs men have the right to physically discipline their spouses.

A recent Afrobarometer survey revealed that 25 percent African women believed that being beaten up by their husbands was normal and acceptable.

According to the report, more men find bashing their wives as a disciplinary measure was justified.

The report findings also say that in some countries, up to seven in 10 citizens endorse domestic violence.

While sizeable majority (71%) of Africans say it is never justified for a man to beat his wife, 28% including 24% of women see wife beating as sometimes or always justified.

16 Days of Activism is Over, But What's Changed for Women?
Tagged:
Copyright © 2019 New Zimbabwe. All rights reserved. Distributed by AllAfrica Global Media (allAfrica.com). To contact the copyright holder directly for corrections — or for permission to republish or make other authorized use of this material, click here.