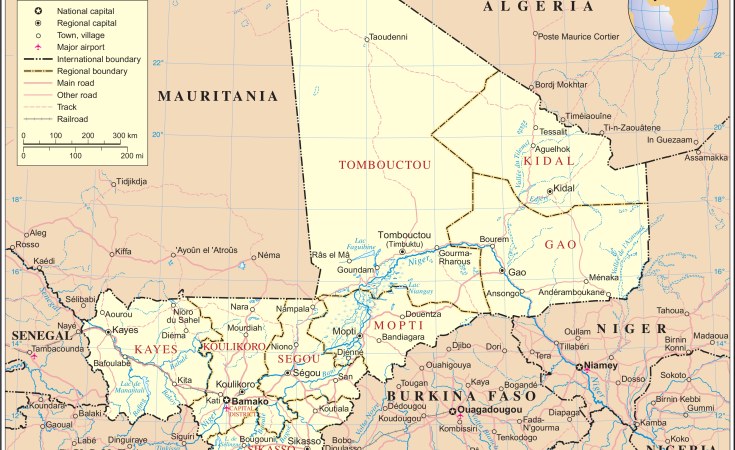 The two helicopters collided during an operation against militants in Mali's restive northern region. Jihadists have intensified their attacks in recent weeks despite efforts to rein in terrorism in the country.

Shortly after French troops launched an attack against the insurgents, who fled on motorbikes and in a pick-up truck, the two low-flying French military helicopters collided, killing all onboard the two aircraft.

The incident was the heaviest loss for the French military in nearly four decades. Forty-one French troops have been killed in the Sahel region since France intervened against the al-Qaeda-affiliated militant groups in Mali in 2013.

According to French authorities, the Monday operation was highly risky because it was carried out in "total darkness" on a moonless night. The exact cause of the collision, however, remains unclear.

"These 13 heroes had just one goal: To protect us. I bow my head in front of the pain of their families and comrades," French President Emmanuel Macron, who will lead a ceremony in honor of the soldiers in the coming days, wrote on Twitter.

Mali's President Ibrahim Boubacar Keita lauded the efforts of the French troops, saying they had died for Mali and all Sahel countries, as well as for France.

"The loss is heavy but the peoples of the Sahel share your bereavement," Keita said in a letter to Macron.

Jihadists have increased their attacks against military bases and other targets in the past few weeks, undermining French efforts to rein in insurgency in the region.

French military officials did not identify which insurgents they were targeting on Monday, but General Lecointre said the Islamic State in the Greater Sahara (ISGS) group was the main extremist force in the area.

France has 4,500 troops in Mali, Burkina Faso, Chad, Niger and Mauritania. They are tasked with training local security forces but also participate in operations against the insurgents.

Britain and the US also have a military presence in the area, but Paris has failed to convince EU allies to contribute significant troops to the Sahel fight.

Some 50 nations currently deploy more than 13,000 soldiers and 1,700 police in Mali. Germany has 840 soldiers in the West African country, though its mandate for the Bundeswehr as part of the UN peacekeeping mission MINUSMA allows for 1,100.

Earlier this month, France announced that its soldiers in Mali killed Ali Maychou, the No. 2 in command of the of Jama'at Nusrat al-Islam wal-Muslimin (JNIM) extremist group.

A week prior, an "Islamic State"-claimed attack killed at least 53 local soldiers in the Indelimane area of Mali near the border with Niger.