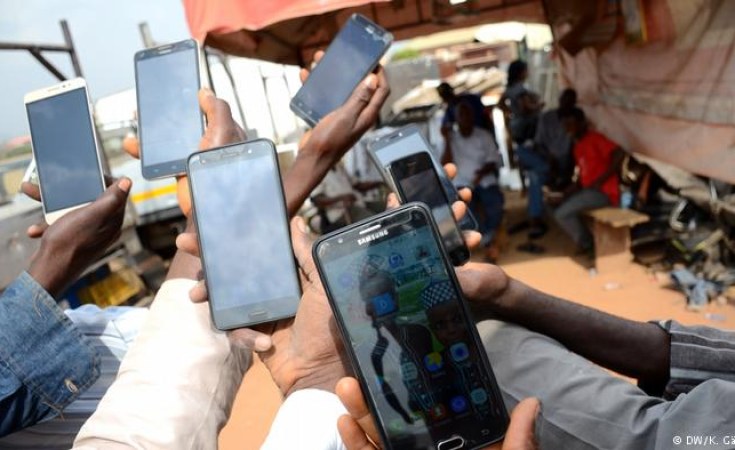 On 23 October, the prominent public figure Jawar Mohammed published a now notorious Facebook post to his 1.75 million followers. In it, he suggested that security forces were planning an attack against him (a claim denied by police). Within hours, many supporters known as "Qeerroo" (youth in Afaan Oromo) had gathered outside his home in Addis Ababa in protest. Demonstrations soon spread to several other parts of Oromia regional state as well as to the cities of Dire Dawa and Harar.

Some of these protests turned violent, resulting in 86 deaths and many more injuries. Unlike in past confrontations that have tended to be with security forces, most casualties from these clashes were from inter-communal fighting. The violence in some places appeared to be indiscriminate. Witnesses that spoke to journalists in Adama described how young ethno-nationalist Oromos targeted non-Oromos as well as Oromos that did not speak Afaan Oromo or refused to participate in the attacks.

In the following days, social media was replete with anger. Some commentators called for Jawar to be tried or killed as a terrorist. Others launched appeals to Twitter and Facebook to bring down his Oromia Media Network.

Content purportedly showing the aftermath of the attacks was also shared widely. One video from Bale Robe, Oromia, went viral. It depicted an unidentified man, purportedly before the killings, delivering a hateful message to a crowd of onlookers. It was only later that credible reports established that the people gathered were attending a funeral for those who died in the violence when an unknown man "made his way to the mic and started rambling". Local reporter Zecharias Zelalem traced the original uploads of the videos to individuals residing outside Ethiopia.

The events of late-October were not the first time violence has spread in Ethiopia in response to social media posts or comments from public figures. For instance, last year in Burayu, Oromia, a rally in support of returned leaders from the once-banned Oromo Liberation Front (OLF) became violent. As minorities were targeted, 23 people were killed and some communities were forcibly displaced. Rights groups observed that social media were awash with hate speech in the days both preceding and following the rally.

In Ethiopia today, social media - in particular Facebook - plays a major role in informing political discourse. This can have positive elements, but it can also be used to inflame long-simmering grievances, fuel conflicts, politicise tensions, and spread misinformation. The diversity of Ethiopia's 80-plus languages also compounds the dangers. Posts in a language not spoken by a wider audience are at even greater risk of misinterpretation. In order to restore calm, reduce tensions and maintain stability - particularly ahead of the May 2020 elections - the government will have to tackle the dissemination of hate speech and false information online.

On 9 November, Ethiopia's cabinet approved a controversial law aimed at doing just this. The government is right to take action, but using the law to combat hate speech may not be the best approach. Moreover, the draft of the law has many shortcomings. It is vaguely defined, lacks detail on how it will be enforced, and is unlikely to meet international standards. For instance, it criminalises hate speech - with the risk of fines or up to five years of imprisonment - but fails to explain what constitutes hate speech. It does not clarify whether responsibility is limited to people who create content or whether it extends to those that publish and spread it. It does not distinguish between inaccurate information innocently shared and intentionally-spread misinformation. Meanwhile, its requirement that media providers monitor, prevent, and remove hate speech and false information leaves many questions unanswered.

The effects of legislating against hate speech and false information can be chilling and have unintended consequences, particularly if it is criminalised. Limitations on hate speech and disinformation demand a subtle balance between two sets of values: the protection of open debate and legitimate free speech, and the obligation to prevent discrimination and attacks on vulnerable communities. Ethiopia's law as it currently stands, does not strike this balance.

In regulating incitement, David Kaye, the United Nations special rapporteur on the promotion and protection of freedom of opinion, calls on governments to consider six criteria: the context, the status of the speaker, their intent, the content and form of the speech, its reach, and the likelihood and imminence of it causing harm. It is unclear whether Ethiopia's draft law meets these standards and whether courts charged with adjudicating such content can do so in a fair, consistent, and impartial manner.

In its place, Ethiopia should adopt a new strategy that adheres to Kaye's proposals and that aims to tackle hate speech in the least restrictive way possible. This will likely mean measures that combat disinformation but fall short of outright criminalisation. Such actions could include providing support for the independent media, government fact-checking, increased transparency, and the dissemination of reliable information on matters of public interest and security.

At the same time, the government must enact policies that ensure Ethiopian society is resilient against the divisions that hate speech and disinformation hope to achieve in the first place. One way to do this would be to bring together political, religious and community leaders to issue public statements that foster tolerance, reconciliation, and inter-community respect. The government could additionally promote trainings and intercultural dialogue on human rights standards for politicians, public figures, and in educational institutions.

Ethiopia has begun to adopt some of these initiatives, but it has a long way to go.