South Africa: A Theory of a Tax Revolt - Is South Africa On the Brink? 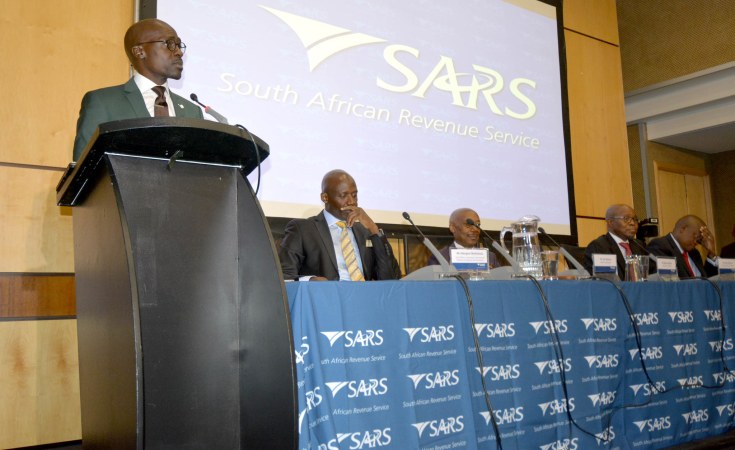 Photo: GCIS/Flickr
Then Minister Malusi Gigaba addresses the media during the announcement of Preliminary Outcome of Revenue Collections for 2016/2017 financial year.
The Conversation (Johannesburg)
analysis By Roshelle Ramfol

Tax revolts date back to biblical times. Throughout the ages they have exhibited similar symptoms of a decline in taxpayer morale and confidence in a government's ability to manage public finances for the greater good of its citizens.

Recent public outcries in South Africa signalling dissatisfaction and concerns over the management of public finances suggest that the country could be on the brink of a tax revolution.

While taxpayers have a civic duty to be tax compliant they are not donating taxes in an effort to be altruistic. There is an expectation of a return in some form. Recent events suggest that South Africans are becoming increasingly restive about paying taxes to a government mired in allegations of corruption. This explains why sentiments of a tax rebellion are growing.

In a recently published paper I reviewed some of the literature on tax compliance. My aim was to establish the theoretical point where tax compliance shifts to resistance. I also extended my analysis to South Africa by extrapolating the legal implications of a tax revolt.

The study found that the fine line between tax compliance and resistance lies where government creates an equitable distribution between collective costs and benefits. Often the threat of a tax revolt is a measure to renegotiate the terms of a fair exchange and a mechanism to mobilise the association that disintegrated between taxpayers and government.

Governments use tax policy to achieve a number of objectives. These include steering economic growth, changing the behaviour of citizens and raising money to finance programmes.

Tax policy, and its implementation, is therefore the closest and most contentious interface between a citizen and a government.

People's perceptions about the fairness of a fiscal regime are crucial. Simply put, tax revolts arise when government receives tax payments but fails to deliver the perceived reciprocal benefits.

Society is not naturally motivated to pay tax. Voluntary compliance is fostered by establishing consent, trust and legitimacy in a fiscal regime. This means that government must ensure that compulsory taxes are acceptable, fair and beneficial to citizens.

One of the main motivations to rebel is when a tax regime is perceived to be unfair and oppressive. A tax revolt is effectively a mechanism for citizens to renegotiate the terms of exchange.

A tax revolution may not merely be based on a rejection of taxes. It may be a mechanism to seek restorative action to improve government performance.

At the outset tax compliance decisions are determined by an individual's tax morale. The benefits of promoting tax morale hold immense potential for tax revenue generation. A taxpayer's level of tax morale is a strong motivator to comply with - or resist - taxation. Countries demonstrating higher ratios of tax to gross domestic product have higher tax morale.

A combination of psychological and sociological factors influence tax morale. Public perception studies conducted by the OECD confirm that a citizen's age, gender, religious beliefs, level of education and trustworthiness of government are determinants of tax morale.

Another factor affecting compliance is whether taxpayers believe that there's a contractual agreement between them and government under which social security is exchanged for paying taxes. Government's credibility, or trustworthiness, plays an important role in this fiscal contract.

In South Africa, this contract has been under strain following instances of widespread corruption and wasteful expenditure by various state-owned parastatals and government institutions. These events have negatively affected both parties: government's credibility and competency and citizens' tax morale.

Under these circumstances of distrust and malaise, a taxpayer may question the rationale for paying taxes. After all, why should citizens make tax payments if it means they're simply financing state corruption?

But is a tax revolt the answer?

As a last resort, revoking one's consent to tax and embarking on a full-scale tax revolt may seem like the only available option to restore the terms of the fiscal contract. However, historical accounts of tax revolt show that this type of action can expose citizens to the harshest and most repressive measures.

Embarking on a tax revolt is an act of civil disobedience and unlawful. The penalties are harsh and the mechanisms available to the South African Revenue Service to enforce tax collection are far reaching. They include, for example, seizure and execution of property.

There are other consequences too. When taxpayers renege on their tax obligations it can lead to severe fiscal stress. Ultimately citizens bear the burden of disruption in government services, economic stagnation and inflationary pressures.

An important step is to ensure transparent governance is fostered so that government can be held accountable for effective spending. This can be achieved by supporting civil society groups that challenge the suitability of government policies and the reciprocal spending of tax revenue.

A great deal of attention needs to be placed on restoring trust in government institutions. The fundamental starting position must be to address corruption, restore trust and legitimacy in government and ensure value is received for tax money. Only then can government start to rebuild its credibility and with it taxpayer morale, and restore a taxpayer's consent to tax.