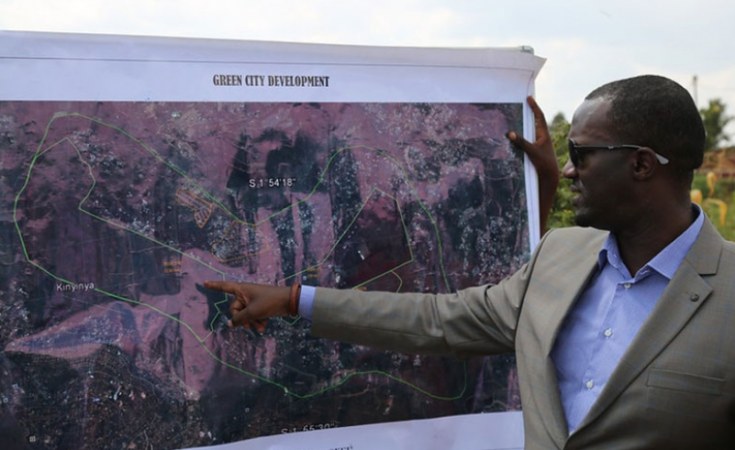 A special Umuganda-community work with Green City Kigali project is slated for Saturday in Kinyinya sector where the model green city will be set up.

The project is expected to create approximately 16,000 jobs when fully developed, Rwanda Green Fund has revealed

This special Umuganda will serve as a platform for the community, local authorities and stakeholders to give their input into the development of the Green City Kigali and to ensure their concerns and needs are addressed.

“The project is expected to benefit 150,000 people and provide 30,000 housing units. It will also support the adoption of low carbon technologies,” reads the released statement, adding that it will be a flagship project on 600 hectares to create a new sustainable neighbourhood for low and middle-income residents.

It will integrate green building and design, efficient and renewable energy, recycling and inclusive living, homegrown solutions and local construction materials and Development of a model green city in Kigali is expected to support job creation, with a potential to create approximately 16,000 jobs when fully developed, Rwanda Green Fund has revealed. It is also expected to serve as a model for sustainable urban development that can be replicated across Rwanda and the wider region as a demonstration of Rwanda’s commitment to addressing climate change and rapid urbanization.

In May this year, Eudes Kayumba, Deputy Team Leader of the Green City Pilot project told The New Times that engineers have estimated the cost of the project at between $4 billion and $5 billion. Among the clean technologies expected to be integrated include electric vehicles, electric bicycle and motorcycle lanes, sustainable waste treatment, biogas plants, urban forests etc and will ensure that developers will not relocate any residents as a way of inclusive urbanization.

The implementation of the project is expected to start in 2020.