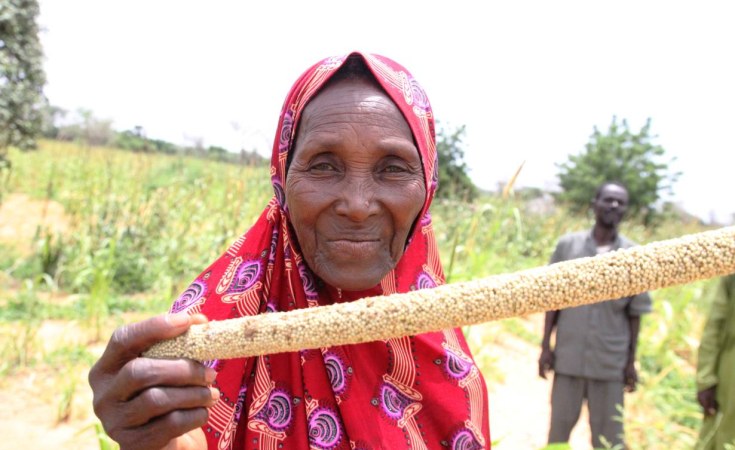 Borgo Beri, Niger — As millet-destroying worm thrives in drier conditions, farmers learn how to breed wasps that can control the pest damaging their food supplies and incomes

In the West African country of Niger, millet is said to be the king of grains - the cereal crop preferred by all farmers. And the king of millet in the southern town of Borgo Beri is indisputably farmer Hassane Hima.

Given the title by his peers, a tradition in Niger, he wears it with pride. "Millet is what people grow most," he said.

But two years ago, Hima's supremacy was threatened when a minuscule worm began chomping on the area's millet fields with a giant appetite.

The caterpillar, known as the "millet head miner", is an old foe in this part of the world. But observers say it may have proliferated over the last few years due to increasingly common droughts tied to climate change.

In response, residents of Borgo Beri and other villages listened and set to work when global aid agency Catholic Relief Services (CRS) proposed a solution they had not heard of.

The method, dating from 1997, is simple enough: the minute Habrobracon hebetor wasp, a natural enemy of the millet worm, is released and lays its eggs on the caterpillar, which is devoured once the wasps hatch.

It is making a fast comeback as the millet head miner threat has grown, with this project and at least one other led by local non-profit Union Haraybane Tera Mooriben supplementing government efforts to grow and spread the wasp. 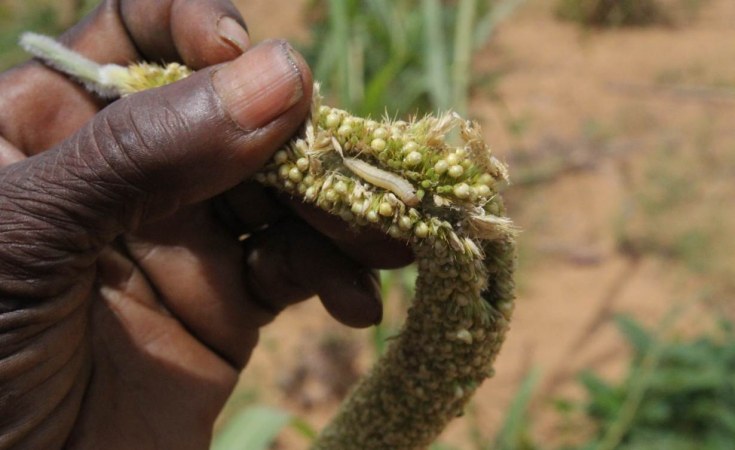 Sebastien Malo/Thomson Reuters Foundation
A farmer holds a millet stalk infested by the millet head miner pest in her village of Borgo Beri, Niger, on September 13, 2019.

Chemical alternatives to fight off the pest exist but are inefficient and costly, said Madougou Garba, who heads insect studies at Niger's General Directorate of Plant Protection.

Each year, more than 2 million hectares (5 million acres) of millet crops nationwide are vulnerable to the pest, said Garba.

Hima keeps his prized millet crop within earshot - his 6 hectares face his sizeable walled-off adobe home where 13 mouths - two wives and 11 children - depend on the harvest to put food in their stomachs.

But a poor rainy season made 2017 a particularly good year for the pest, said Salifou Ousmane, head of agriculture for the department of Balleyara, which covers Borgo Beri.

For millet king Hima, 57, it was frightening.

His harvest plummeted from as much as 2,750 kg (6,000 lb) of millet to 550 kg. The proud farmer had to sell nearly all his sheep and cows to buy a season's worth of the grain, typically imported from neighboring Benin.

It is "very likely" that intensifying droughts could explain the pests' propagation, the two being typically tied in the region, said Amadou Mahamadou Laouali, an agronomist at CRS who said he was not aware of any studies on the topic.

In Balleyara, precipitation has halved since the 1980s, according to local authorities. 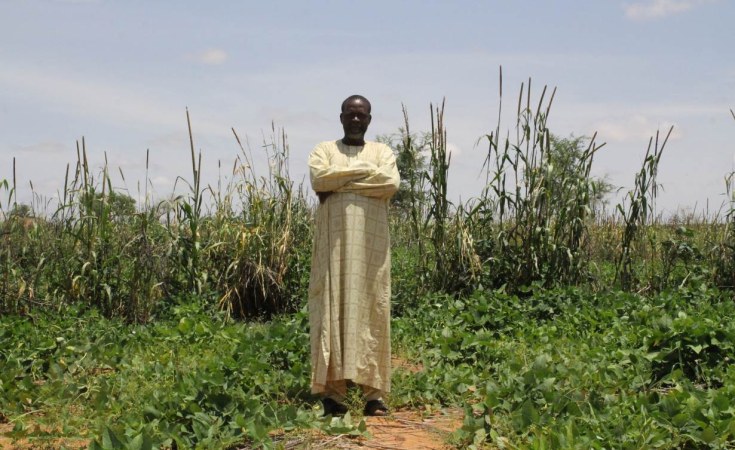 Sebastien Malo/Thomson Reuters Foundation
Farmer Hassane Hima, known by his peers in the village of Borgo Beri, Niger as the king of millet, poses for a picture in front of his millet field on September 13, 2019.

Villagers recall seeing the moths the caterpillars turn into everywhere in 2017 when the pest struck.

Had it touched another local crop, moringa, that year, "we could have died", said Aissa Bale Bale, a 70-year-old farmer who has bitter memories of the worm's recent binge.

All her nine children lost weight that year from having to ration food, she said. And she would have gone through the same ordeal this year had it not been for Ousseini Soumana, her 51-year-old neighbour, she said.

Soumana is all smiles, but he has been waging a ruthless biological war on the millet head miner this year.

He is among 69 farmers CRS trained under a British government-funded programme called Building Resilience and Adaptation to Climate Extremes and Disasters (BRACED).

In an adobe shack, he showed off with the confidence of a chemist his high-tech kit - petri dishes, test tubes and a Swiss-made folding magnifier - with which he bred his first army of Habrobracon hebetor wasps this year.

Nigerien authorities provide the insect free of charge for millet farmers, said Ousmane, agriculture director for Balleyara department, but going through the administrative process to get it delivered means it sometimes arrives late.

The BRACED project aimed to help farmers in this village and another 20 breed the caterpillar-munching wasps and sell them in ready-to-deploy jute bags, as a way to supplement their income and protect their communities. 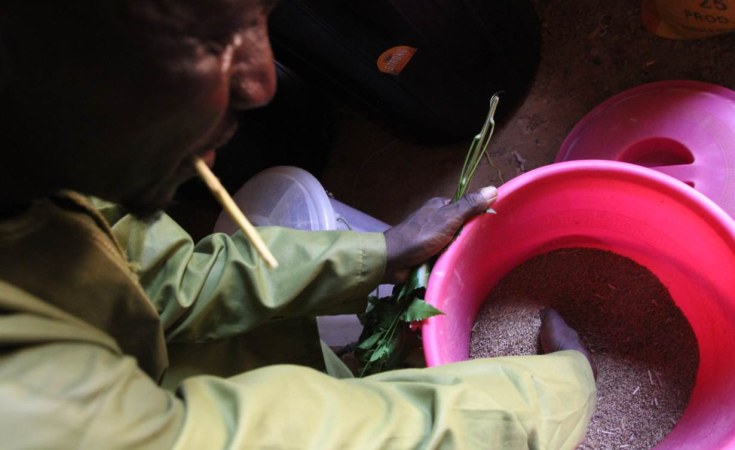 Sebastien Malo/Thomson Reuters Foundation
Farmer Ousseini Soumana shows millet he feeds to a wasp that is a natural enemy of the millet head miner in Borgo Beri, Niger, on September 13, 2019.

But farmers were trained only once in each target village, resulting in just one site successfully breeding enough wasps to sell to others, said Ibrahim Bakoye, another CRS agronomist.

BRACED, working with government officials, also distributed about 1,500 wasp bags since 2017, before the multi-country, $180-million programme ended in September, he said.

"That is a bit the problem," he added. "Generally what happens is that just when people start generating something, the project ends."

In his damp office, Ousmane said governments understand aid programmes do not continue indefinitely. But now farmers "will have fewer resources", he said.

In Borgo Beri, which has bred only enough wasps for its own use so far, Soumana saw the start of a new era for his community which through him knows how to cure the millet malaise.

"God willing, I will continue the work," he said.

As for his role in keeping millet king Hima on his throne by safeguarding this year's harvest, "he owes me", quipped Soumana.