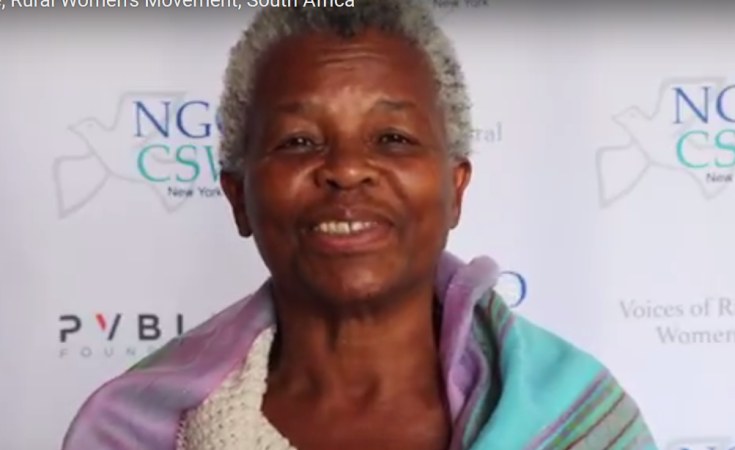 Johannesburg — Land is a hot topic in South Africa, where President Ramaphosa last year launched a process to change the constitution to redistribute land and address inequality

Stabbed with a knife, slapped with a gun, hit by a speeding car.

Just a few of the murder attempts on South African women's land rights activist Sizani Ngubane, nominated this week for a prestigious human rights award for her 40 years of activism.

Ngubane is one of three finalists for the 2020 Martin Ennals Award for Human Rights Defenders, referred to as the Nobel Prize for human rights, and is currently in hiding to prevent further attempts on her long life of activism.

"We are celebrating 25 years of democracy, but rural women are still treated like children. It is not in line with our constitution," Ngubane, founder of the Rural Women's Movement (RWM) land rights group, said in a phone interview.

Land is a hot topic in South Africa, where President Cyril Ramaphosa last year launched a process to change the constitution with a proposed redistribution of land aimed at addressing high levels of inequality.

But in KwaZulu-Natal province, Zulu King Goodwill Zwelithini controls 2.8 million hectares of land, a fragmented sub-tropical area the size of Belgium, under an entity called the Ingonyama Trust established in 1994.

The Zulu monarch wants President Cyril Ramaphosa to sign an agreement promising to exclude territories that the king controls from land reform.

Land rights activists are challenging the control wielded by such traditional authorities over rural communities, particularly on women who are often evicted once widowed.

"The trust has turned communities into tenants by leasing ancestral land to them," said Ngubane, adding that a compulsory rent, rising 10% every year, had to be paid by community members who otherwise face eviction.

Ngubane, along with rights groups, is challenging the Ingonyama Trust in Pietermaritzburg High Court in March 2020.

The work of the Rural Women's Movement includes finding housing for evicted women and children, helping grow food on communal land for the hungry and sick, campaigning for better legal protection of women's land rights and more.

"We are like one big family," Ngubane said. "We have now begun to spread our wings into different parts of the country."

Ngubane said there was retaliation and danger involved in challenging the traditional authorities, citing burnings, kidnappings and beatings of outspoken women and men.

"My dream is that one day KwaZulu-Natal will be like other provinces, where women's rights are seen as human rights and women are given the same power over land that men are keeping for themselves," Ngubane said.

The 2020 Martin Ennals Award will be presented to one of three finalists on 19 February in Geneva next year. 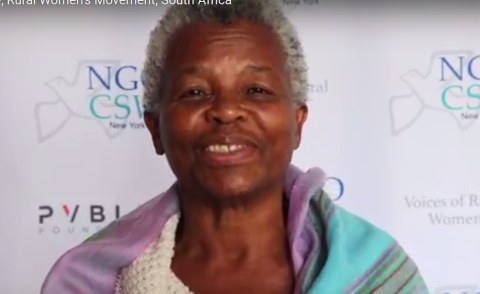 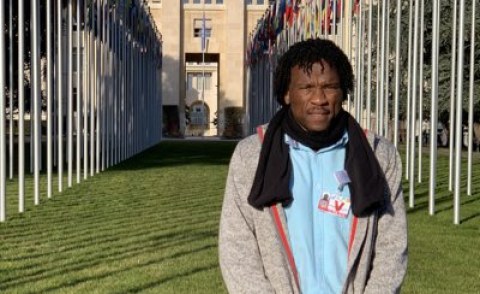