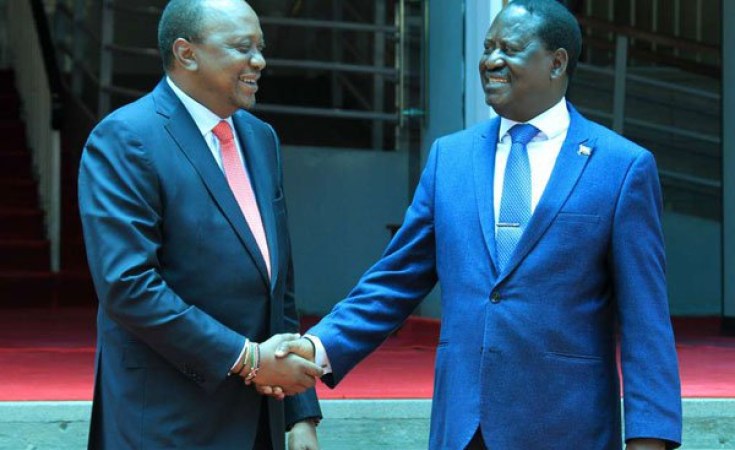 Daily Nation
President Kenyatta and Nasa leader Raila Odinga when they met at Harambee House on March 9, 2018.
The Nation (Nairobi)
By David Mwere

About 30 MPs now want President Uhuru Kenyatta to establish a team of experts to oversee the implementation of the Building Bridges Initiative (BBI) report, a day after it was launched.

"The push to have the report come to parliament is diversionary. We do not want some people to start manipulating the process even before it starts for the sole purpose of promoting their individual interests," nominated MP Godfrey Osotsi said.

The legislators spoke after holding a meeting within Parliament to take a common position on the way forward regarding the report.

If the president establishes the implementation committee as suggested by the legislators, it will be required to fine-tune the proposals into a legal document even as it welcomes public views on areas to be changed. Part of its mandate will include going across the country collecting signatures to support it.

It will then send the draft bill to the 47 county assemblies for consideration.