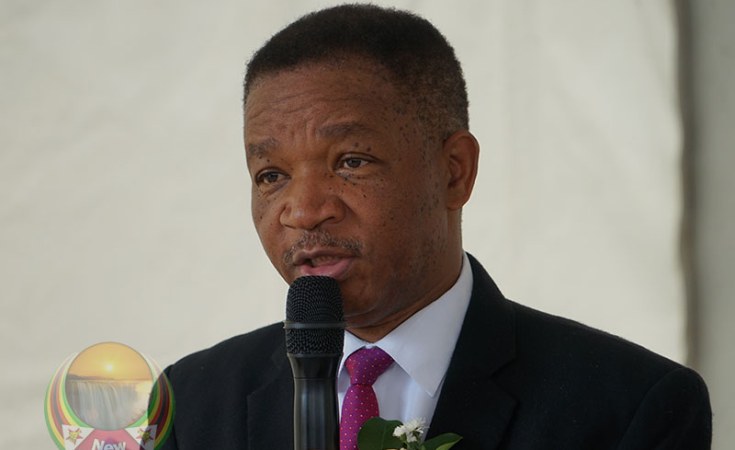 The Diaspora Infrastructure Development Group (DIDG) has instructed its lawyers Atherstone and Cook Legal Practitioners to sue Transport minister Joel Biggie Matiza and the National Railways of Zimbabwe (NRZ) for US$215 million after cabinet controversially terminated the consortium's US$400 million bid to recapitalise the rail operator.

In October, cabinet, at the behest of Matiza, dramatically reversed the DIDG multi-million dollar bid to revamp the NRZ, after the consortium was awarded the tender in 2017.

Following termination of the US$400 million deal, which had attracted the interest of various banks within the region with well over US$1 billion to bankroll the project, Matiza subsequently ordered the NRZ to re-tender the project.

DIDG opposed cabinet's decision, saying the termination of its bid was fraught with irregularities, while highlighting that Matiza had re-tendered the deal to smuggle in via the backdoor a preferred potential suitor.

Atherstone and Cook managing partner Innocent Chagonda confirmed to the Zimbabwe Independent this week that the law firm had been approached by the consortium, and would proceed to seek an injunction, should government proceed to re-tender the NRZ recapitalisation deal.

"I can confirm that they have approached me. The position at the moment is that they (DIDG) have not been advised by minister Matiza on the cancellation of their bid. They (government) have not yet communicated to our client officially," Chagonda said.

"My client has been trying to make the NRZ board see the consequences of re-tendering the deal. Re-tendering the deal will expose NRZ to a huge and embarrassing lawsuit and the possibility to put an injunction on any future tenders and therefore scaring away potential suitors. If they (government) make good their threat, there will be room to file for damages," Chagonda said, adding that the impending lawsuit would delay plans to turnaround the insolvent rail operator.Sources close to the botched transaction told the Independent that the quantum of the lawsuit would be US$215 million.

An official revealed DIDG transaction costs amount to US$8 million, while Transnet is owed US$5 million in unpaid lease fees for rolling stock delivered as an interim solution.

"As it stands, DIDG and Transnet have been engaging their lawyers with indications that a lawsuit amounting to US$215 million will be filed against NRZ and Matiza. That huge sum of money will take into account the rolling stock that was availed to NRZ in 2017 as well as opportunity costs arising from time lost and administrative costs," a source who spoke on condition of anonymity said.

DIDG chairperson Donovan Chimhandamba told the Independent this week that Matiza had deliberately misled cabinet and President Emmerson Mnangagwa that the consortium did not have financial capacity to bank roll the deal -- despite the consortium availing term sheets totalling US$1 billion -- which had gone through decisive phases before it was reversed.

He confirmed the consortium, which supplied the NRZ with 13 locomotives and 200 wagons under the agreement in 2018, was consulting its lawyers with a view to suing the moribund rail operator.

"It is with great concern that we have noted the gross misrepresentations, factually inaccurate and libellous statements by Minister Matiza to the public, cabinet and President pertaining the state of the DIDG NRZ recapitalisation project with an aim to remove DIDG and bring in his own preferred parties to the table. This is being done with total disregard of the economic and legal implications that NRZ and Zimbabwe might suffer," Chimhandamba.

"It is regrettable that minister Matiza has opted not to highlight to the public the government and the President that cancelling the DIDG award and re-tendering is not a process achievable easily, quickly and without considerable costs including potential litigation and damages claims that are of significant amounts that NRZ will have to bear. Re-tendering and following the legal prescriptions could easily take three years without factoring additional challenges that might be brought forward through litigation."

Chimhandamba said as a result of Matiza's "misrepresentations" to cabinet, the consortium was now seeking audience with Mnangagwa in a bid to thwart Matiza's spirited manoeuvres to derail the DIDG bid, while fronting for his preferred suitors.

Mnangagwa, who has been advancing the NRZ recapitalisation project to kick-start Zimbabwe's stuttering economy, told Parliament in October that funding for resuscitating the rail operator had been secured from DIDG, with the Africa Export and Import Bank (Afreximbank) also playing a key role as the mandated lead arranger. The continental bank, which had committed to injecting US$100 million into the deal, was also going to coordinate the mobilisation of the resources required to roll out the project.

"The gross misrepresentations around missed timelines, lapsing of the Framework Agreement, DIDG funding and Transnet's role have been unfortunately distorted and can only be addressed by us being afforded an opportunity to present to the President and cabinet representatives, including minister Matiza in one forum, so as to correct these misrepresentations and move the project forward with haste. NRZ and Zimbabwe cannot afford such a setback," Chimhandamba told the Independent this week.

"Minister Matiza has continued to mislead the public, cabinet and the President through public announcements on ZBC purporting DIDG lacks funding capacity and actively inviting unsolicited bids via a grey process. This is despite the fact that legal prescriptions of the country would render such actions illegal whilst there is a tender process still underway."

As reported by this newspaper in an exclusive series of articles on the protracted deal, the cabinet decision has sharply divided government, with battle lines drawn between ministers either opposed or supportive of how Matiza has handled the South African consortium's proposal to revamp Zimbabwe's rag-tag rail network.

In the wake of the cancellation of the deal, Matiza, according to documents seen by the Zimbabwe Independent wrote to NRZ chairperson Martin Dinha on October 30, instructing him to swiftly implement the cabinet decision.However, Matiza is yet to formally notify DIDG in writing that cabinet cancelled the consortium's bid.