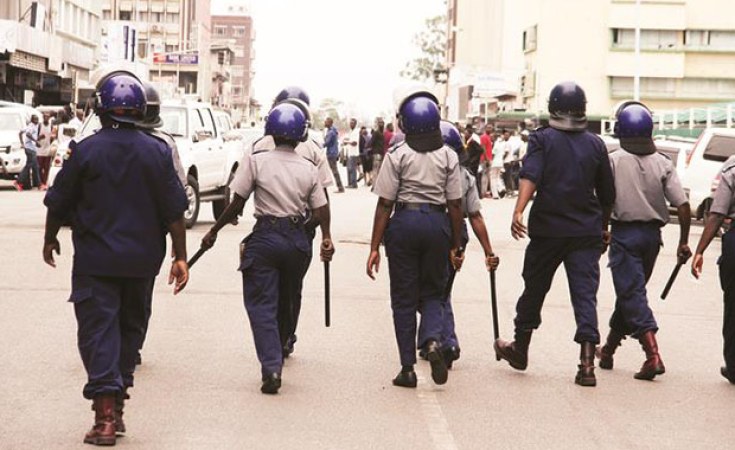 A SHAKE-UP is imminent in the Zimbabwe Republic Police, with Commissioner-General Godwin Matanga set to be replaced, as President Emmerson Mnangagwa continues to ring changes within the security sector, in a systematic bid to consolidate his grip on power, while whittling down the influence of his deputy Constantino Chiwenga, the Zimbabwe Independent can report.

The impending changes, government officials said, follow hard on the heels of significant alterations Mnangagwa has instituted within the security sector and government since ascending to power in 2017 through a military coup that toppled former president Robert Mugabe.

Mnangagwa has made some key changes within the military, the Central Intelligence Organisation (CIO) and government circles as he seeks to strengthen his grip on power, while emasculating Chiwenga's influence.

Chiwenga returned from China last week where he was receiving medical treatment, only to find that Mnangagwa had reshuffled cabinet and appointed his loyalists.

Through the reshuffle, Mnangagwa also took into consideration complaints from Zezurus that the President's Karanga tribe is dominating cabinet and the security sector. He appointed some Zezurus loyal to him, in a move seen as part of an ethnic balancing act.

Sources in the Home Affairs ministry told the Independent this week that Matanga, who was appointed to head the police in the aftermath of the November 2017 putsch, is set to be replaced.

The current Deputy Commissioners-General, Stephen Mutamba, Mind Elliot Ngirandi, Learn Ncube and Lorraine Chipato are being considered for the position while Registrar-General Clemence Masango, a former high-ranking police officer, is also in the running.

Masango, a Mnangagwa loyalist, served as immigration boss after moving from the police, before being appointed RG.Matanga replaced Augustine Chihuri, a perceived Mugabe loyalist who fled the country in the aftermath of the military coup. "Changes are looming in the police. On paper they are meant to improve the efficiency and operations of the police. But in real terms, these changes must be seen in the broader context of the ongoing changes Mnangagwa has been introducing in the security sector as he consolidates his grip, while weakening his ambitious deputy's influence. The President wants trusted lieutenants in key positions," a senior government official told the Independent this week.

After narrowly winning last year's disputed polls, Mnangagwa embarked on a purging spree, removing some influential generals within the military perceived to be loyal to Chiwenga. The initial security changes and reconfiguration in the aftermath of the 2017 coup are widely read as Mnangagwa's drive to flush out the residual elements of the Mugabe regime within the command structure of the army, while diminishing Chiwenga's influence.

As reported by this newspaper in February, as a result of the volatile political and military dynamics in the current state of flux, Mnangagwa has swiftly manoeuvred to neutralise Chiwenga, coup proof his regime and consolidate power.

Early this year, Mnangagwa redeployed personnel in the Presidential Guard and Mechanised Brigade, where senior commanders and troops, who played critical roles in the coup, were shifted or removed.