Kenya: How Self-Care Interventions are Advancing Sexual and Reproductive Health in Kenya 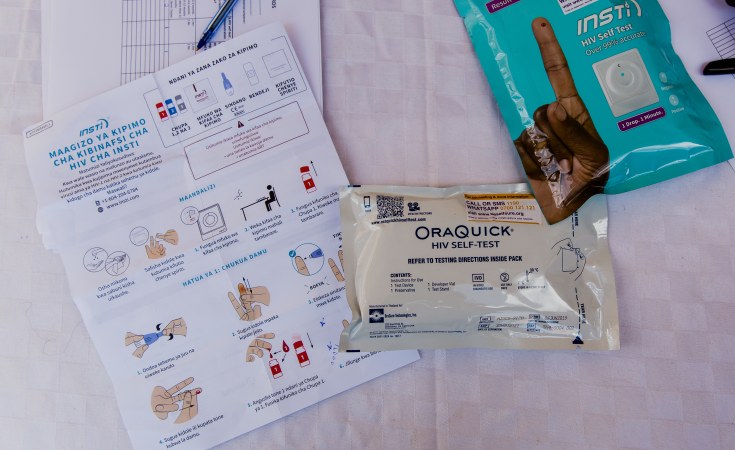 Nairobi — In June 2019 the World Health Organisation published consolidated guidelines on self-care interventions for sexual and reproductive health. It defines self-care as the ability of individuals, families and communities to promote health, prevent disease, maintain health, and cope with illness and disability with or without the support of a health-care provider.

"The primary target audience for this guideline is national and international policy-makers, researchers, programme managers, health workers (including pharmacists), donors and civil society organizations responsible for making decisions or advising on delivery or promotion of self-care interventions. The secondary target audience is product developers. This new guideline is also expected to support persons affected by the recommendations: those who are taking care of themselves, and caregivers", said Dr Manjulaa Narasimhan at the WHO's Department of Reproductive Health and Research.

A number of organisations are working tirelessly on projects in Kenya that ensure that vulnerable populations affected by the WHO self-care guideline recommendations have access to affordable quality sexual and reproductive health methods. Population Services International is one of these organisations. Through its global network of more than 50 country programs, PSI made a Family Planning goal youth pledge (PF2020) to equip 10 million people under the age of 25 with modern contraceptive methods by the end of December 2020. By December 2018, PSI had surpassed that target, it had recorded 14 million users under the age of 25 already on modern contraceptive methods. 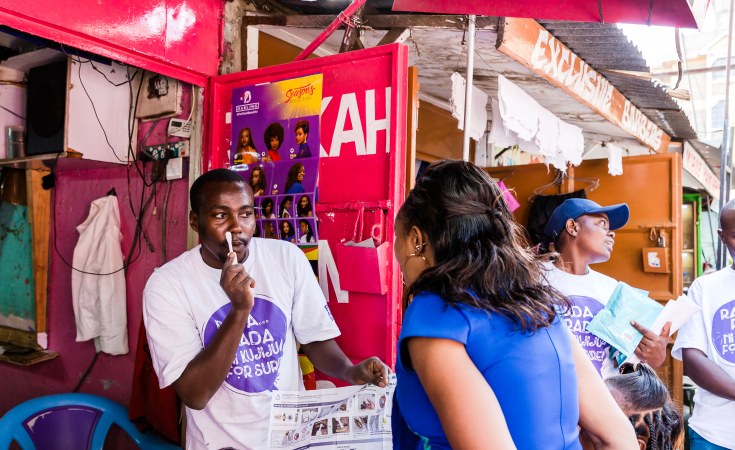 Photo: Natasha Sweeney/PSI
Denis Michiri, a mobilizer demonstrates how the HIV oral self test works at the kahawa West market in Nairobi.

Some of the interventions include self sampling for Human Papilloma Virus (HPV) and sexual transmitted infections, pre-exposure prophylaxis (PrEP), self-injectable contraceptives, HIV self-testing and self-management of medical abortion. In Kenya where stigma remains a challenge, some of the self-care methods helps to avoid it.

The health ministry says with the HIV self-test kits they are targeting partners of antenatal care and post natal clients, key populations and men. Men usually do not take the time to go to health facilities unless they are sick. In the Nairobi county health workers go to bus stops and taxi ranks where men work as public transport drivers to encourage them to test for HIV or to take the self test kits home.

Populations Service Kenya, a division of Population Service International working to advance sexual and reproductive health in Kenya, also shares the same sentiments with the Kenyan health ministry. For the past two years PS Kenya has been working with privately-owned pharmacies for subsidized distribution of HIV self-testing kits that allows users to collect, perform, and interpret an HIV test in private. 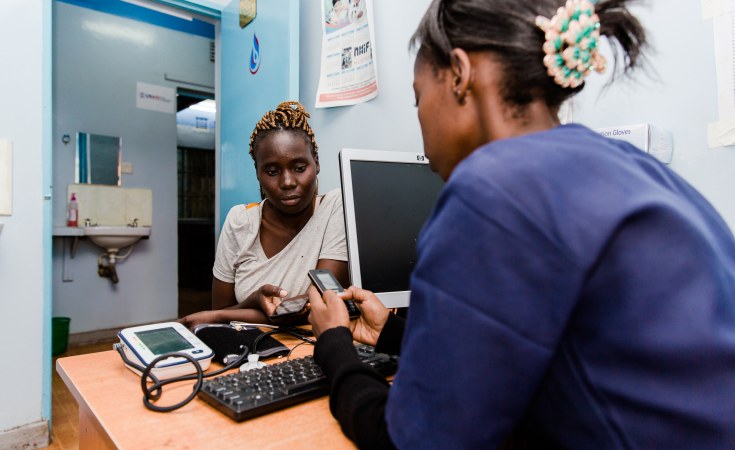 Photo: Natasha Sweeney/PSI
Roser Ever with Diana Mutuku a nurse at the Intergrated Health Services .

"When we introduce and explain how the HIV self-testing kits work the communities are usually very receptive and feel that it is safe to use. But one of the challenge we faced as mobilisers was the community thinking that because we are mobilisers we are HIV positive ourselves", Zacharia Kahwai, a mobiliser working at the Kahawa West Market, said.

He says they are able to get 300 or more people in one day either doing the test at a set tent or taking the self-test kit to test in the comfort of their home. Before one takes the kit home, the mobilizers explain how both the oral and blood based tests work. The kit comes with instructions and a 24-hours toll-free number clients may call for more information and to be connected to the nearest public health facility. Should they be HIV positive, need counseling or even HIV negative and need information on prevention measures like PrEP they are encouraged to call the hotline number.

Over two million women of reproductive age in developing countries who want to avoid pregnancy are not using a modern contraceptive method and women who have recently given birth are among those with the highest unmet need for contraception, according to PSI. 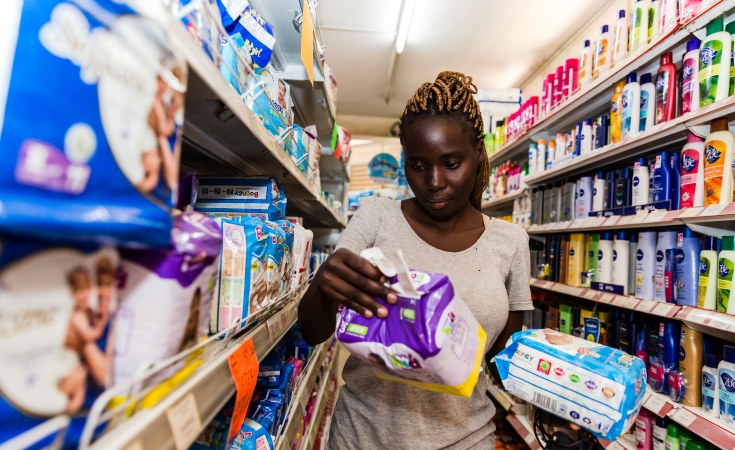 In Their Hands is a project designed to put girls at the centre of their healthcare. Girls are equipped with a digital platform that connects 15-19-year-olds to the different services including contraceptives and self-HIV tests. "The overall goal for the project is to let young girls take control of their own bodies, reduce pregnancy among adolescents and also put girls at the centre of their health care", said Mercy Mwongeli, In Their Hands project manager in Nairobi.

The girl enrolls to the platform through a friend (peer to peer) or they self enroll by hearing about the offer through social media. Once enrolled onto the platform, they access the offer on phone (SMS) or via a membership card called a t-safe card ( for girls with no phone). They are then able to access a subsidised sexual reproductive health service or product, and every time they use services like visits to a pharmacy or clinic they get rewarded, even just for rating the session at the facility they get rewarded with points they can redeem at selected retailers of their choice.

Eighteen-year-old Roser Ever, who has been using the platform for over a year, said she uses her points to buy her two-year-old child's diapers, milk and cosmetics. Ever lives with her grandmother and said she's not told her grandmother that she is on contraceptives. Her grandmother is "old-fashioned and believes that contraceptives are not a good idea for women". She accesses services at the Milele Integrated Medical Services in Githurai, Nairobi. 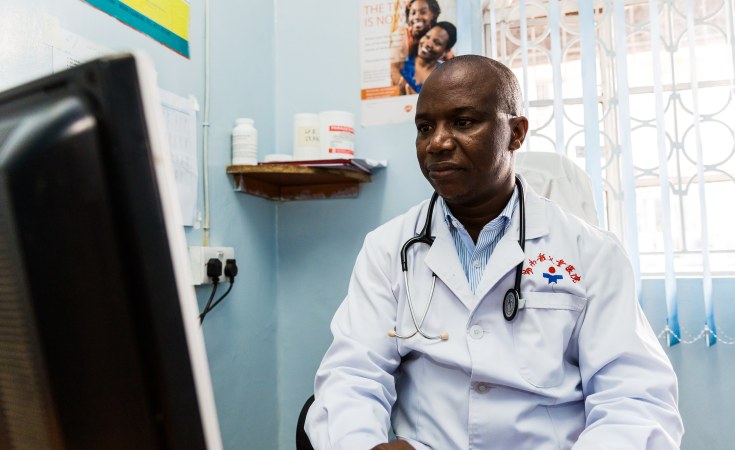 "We wanted to offer a safe space for the youth so we created a youth friendly environment, the staff are well trained and friendly", says Dr Patrick Mburungu, at the Milele Integrated Medical Services. The facility where Ever accesses services has an alternative entrance and exit door at the back of the health facility in an effort to encourage girls to access sexual and reproductive health facilities without being seen by others who know them as they might face stigma in the community. When the girls are empowered and have knowledge they are in a better position to negotiate safe sex which will in turn prevent pregnancy and sexual transmitted infections.

The WHO says the self-care is neither a replacement for quality primary care, nor a shortcut to universal health coverage, but rather an integral and complementary component of overall health care systems.