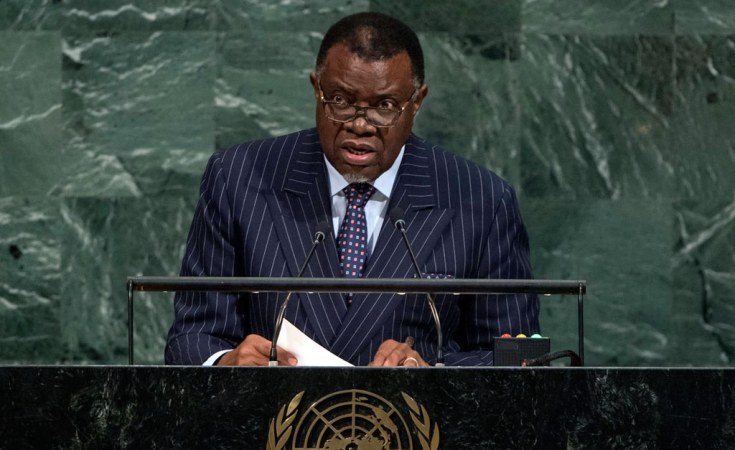 Incumbent Hage Geingob has won another term in the presidential election but lost a two-thirds majority for the first time. The opposition is crying foul.

Namibia's incumbent President Hage Geingob won the country's election with 56.3% of the vote, the Electoral Commission of Namibia (ECN) announced on Saturday.

In second place with 29.4% was fellow SWAPO party member Panduleni Itula, a dentist-turned-politician who ran as an independent.

The leader of the official opposition party, McHenry Venaani, came third with 5.3%.

"I wish to thank Namibians for re-electing me as their president," Geingog posted on Twitter, promising to "bring tangible improvements in the lives of our citizens."

The results showed a sharp decrease in support for Geingob from 87% in the previous election in 2014, and his election rivals claimed irregularities in the vote.

Itula and the leader of the Landless People's Movement (LPM), Bernadus Swartbooi, claimed the election was fraudulent.

Itula wrote a letter to the electoral commission, Geingob and others, urging for dialogue to avoid a "potential national crisis" with devastating effects.

Ahead of the announcement of the final results, Itula, popular with young voters, said there were "unprecedented multitudes of national irregularities" that needed to be addressed.

Meanwhile, Swartbooi was quoted by local newspaper, The Namibian, accusing the electoral commission and SWAPO of rigging the outcome of the national polls.

"Votes were being increased in favor of SWAPO and Geingob and reduced for other candidates," he was quoted as saying.

SWAPO has ruled Namibia since independence from South Africa in 1990. 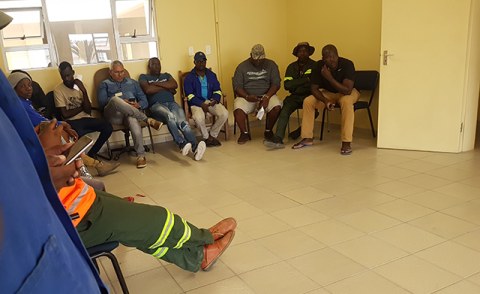 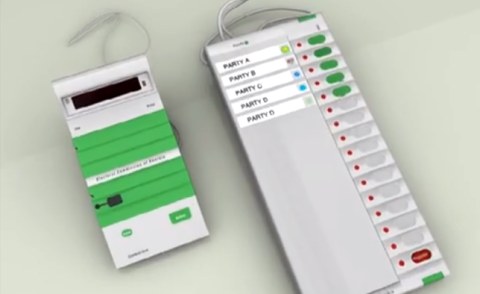 Geingob Trims Cabinet to Reduce Namibia's Wage Bill
Tagged:
Copyright © 2019 Deutsche Welle. All rights reserved. Distributed by AllAfrica Global Media (allAfrica.com). To contact the copyright holder directly for corrections — or for permission to republish or make other authorized use of this material, click here.