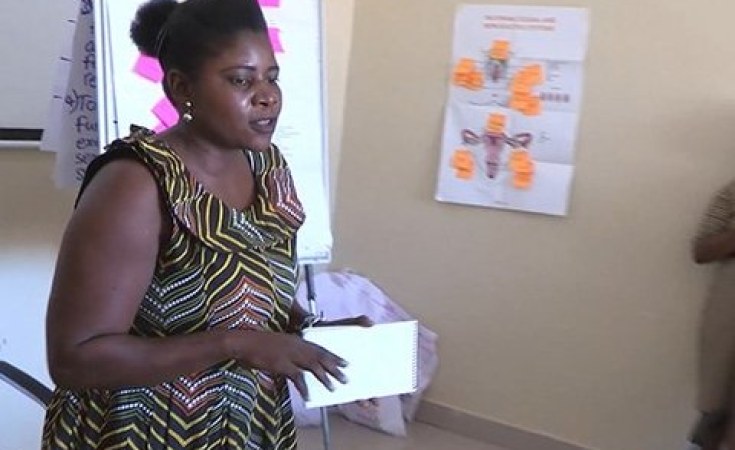 UNFPA
Chifundo Tindo speaks to young people about sexual and reproductive health, empowering them to protect themselves and live without shame or fear.
UNFPA East and Southern Africa (Johannesburg)

Lilongwe, Malawi — Chifundo Tindo lived with HIV for years before learning, at age 14, about her status.

It had been a closely guarded secret since she was a child, even as her sister made sure she took her antiretroviral (ARV) medication. "I asked her, 'Why am I taking these drugs?' She told me, 'I don't want you to fall sick now and then.'"

As Ms. Tindo grew older, she began to challenge her sister's instructions. "I started refusing to go to the hospital and taking ARVs, saying, 'I'm not sick, why should I go to the hospital?'... Then my aunt came and told me about my status. I cried the whole day."

Her family was supportive as she grappled with the news. "It was hard, but after some time, I accepted it," she told UNFPA.

Life carried on normally, until Ms. Tindo had her first boyfriend.

Stigma can be deadly

The stigma attached to HIV can derail the health and safety of young people living with the virus. They may find themselves rejected by their peers, loved ones, community members or even health providers.

Ms. Tindo faced this rejection when she began dating.

"When I had my first boyfriend, my sister encouraged me that I should tell him about my status, but it was difficult for me."

When she finally disclosed that she was living with HIV, "he said, no problem, everything is okay, you're still mine," she recounted to UNFPA recently. "But after he went home, he sent a text saying, 'It's over between us. I cannot continue being in love with someone who is HIV positive.'"

Discrimination and stigma undermine efforts to end the HIV epidemic. These attitudes can lead people to hide their status and create barriers to the very health services that prevent and treat the illness.

But education and support can empower young people to address the issue without shame.

After her breakup, Ms. Tindo recalled, "I said I will never tell anyone about my status."

But then she became involved in an organization for young people living with HIV, and became part of a community of supportive friends.

It was life changing, she recalled. "I said, 'No, this is not an issue."

Today, Ms. Tindo is a teacher, sharing her knowledge and experiences with a new generation of youth. She wants to help them protect themselves and live without fear - no matter their status.

By the end of 2018, Safeguard Young People had reached almost 6.7 million young people. Project data indicate that school dropout rates, early marriages and teenage pregnancies have decreased, and that out-of-school young people are returning to complete their education.

The training Ms. Tindo attended - which was also supported by UNFPA and the Government of Norway - placed special focus on engaging at-risk young people, including youth living with HIV, disabled young people and others.

Ms. Tindo is now a trainer of trainers, helping to spread the skills and messages that once helped her. Today, she proudly tells her students to never accept anything less than the love, acceptance and support they deserve.

It is a standard she holds for herself, as well.

"If you say you really love me, know my status," she said. "You should love me deep down in your heart."

Tagged:
Copyright © 2019 UNFPA East and Southern Africa. All rights reserved. Distributed by AllAfrica Global Media (allAfrica.com). To contact the copyright holder directly for corrections — or for permission to republish or make other authorized use of this material, click here.