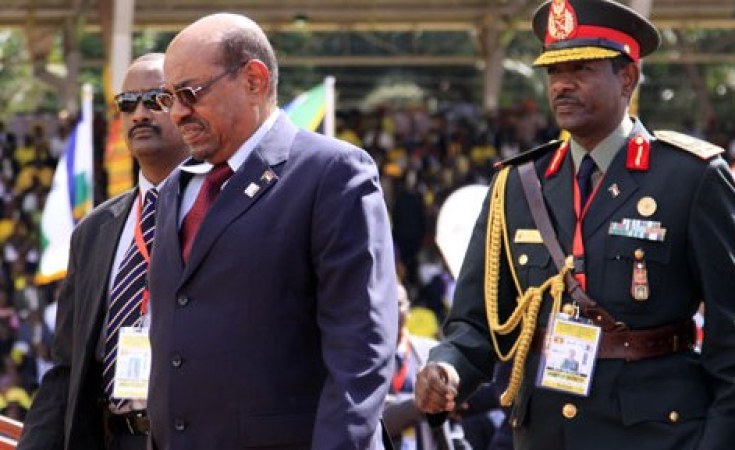 The public uprising that led to the ouster of former Sudan strongman Omar al-Bashir earlier this year has evoked bitter memories from a retired judge who issued a controversial ruling in 2011 that the dictator be arrested if he were to step on Kenyan soil.

In an interview with the Sunday Nation, Mr Nicholas Ombija revisited the controversial ruling and the ensuing circumstances that eventually saw him resign from his job in the wake of strained diplomatic relations between Nairobi and Khartoum.

Though he spent most of his career as a judge, Mr Ombija today appears in court as a practising lawyer after he resigned owing to pressure by the Judges and Magistrates Vetting Board (JMVB) in 2016, in what he feels was at the behest of the Executive.

Last month, High Court Judge Jackline Kamau directed a local media house to pay him Sh1 million over an article that misrepresented the facts regarding his vetting by JMVB and the verdict thereafter. "It appears to this court the title was intended to draw the attention of the readers of the newspaper to the article only for them to find that what was stated therein was different," said Justice Kamau in the October 31, 2019 ruling.

Mrs Roseline Adede, who was the JMVB vice-chair and whom he also sued, was, however, spared the wrath of the court, which established there was no evidence that she uttered the words the newspaper had purportedly attributed to her. That is one of the many decisions that have gone the retired judge's way following his exit from the Judiciary. Mr Ombija said his ruling on the Bashir case informed his removal from the bench.

"As a judge, you are supposed to make decisions, one way or another, and when you make a decision, the only lawful way of changing it is through an appeal, but when a judge is being removed because he has made a decision which irks the Executive then it is an assault on the Judiciary," he said.

"Judges in other countries like Malawi and South Africa made a similar decision [that Mr Bashir should be arrested] and are still in office," he lamented. The Court of Appeal, in a verdict delivered in October, 2016, described as unlawful a decision by JMVB to declare Mr Ombija unfit to hold office, when he had already resigned from the Judiciary.

Appellate judges Roselyn Nambuye, GBM Kariuki and Jamilla Mohamed said since Mr Ombija had opted to resign from the judicial service, the board lacked jurisdiction to vet him. They said the law does not allow the board to vet non-judges and non-magistrates. The three said the law has a provision that shows that a "judge could elect whether to be subjected to the vetting or to leave the judicial service voluntarily".

Mr Ombija had, through his lawyer Rogers Sagana, appeared before the vetting panel on March 15, 2016 and opted to resign from the judicial service. He, therefore, saw no need to respond to accusations against him before the board. His lawyer then proceeded to withdraw the response to the charges.

The verdict against Mr Ombija was made by only three members of the board. Appellate judges Nambuye, Kariuki and Mohamed said this was unlawful as the law provides that the verdict be given by a full board comprising nine members.

On March, 2009, the Pre-Trial Chamber of the ICC had issued the first warrant for the arrest of Mr Bashir on five counts of crimes against humanity committed in Darfur. A second warrant based on three counts of genocide was subsequently issued on July 12, 2010. In both instances, the Registrar of the ICC sent requests for cooperation to all States Parties to the Rome Statute, including Kenya, asking them to arrest and surrender Mr Bashir if and when he travelled to those countries.

However, as Kenya celebrated the promulgation of a new Constitution on August 27, 2010, Mr Bashir was among the leaders from the region who were invited and attended the historic occasion. Although Kenya was aware of the two warrants to arrest him, it did not act.

When the International Commission of Jurists' (ICJ) Kenya chapter learnt that Mr Bashir was planning another visit to Kenya in October 2010 to attend an Inter-Governmental Authority on Development (Igad) summit meeting in Nairobi, it filed an application in the High Court seeking a provisional warrant of arrest against him. But the planned visit did not take place as the summit was moved to Addis Ababa, Ethiopia. Mr Ombija nevertheless proceeded to issue the provisional warrant on November 28, 2011 and ordered then Internal Security minister George Saitoti to arrest the Sudanese leader and hand him over to the ICC if he ever set foot in Kenya.

The ruling was met with outrage in Khartoum, with Mr Bashir ordering Kenya's ambassador to Sudan, Mr Robert Mutua, to leave the country within 72 hours. He also threatened other sanctions.

At the time, it was clear that the ruling had threatened diplomatic ties between Kenya and Sudan, even as the AU asked Kenya not to comply with the court ruling. Attorney-General Githu Muigai filed a notice of appeal against the ruling, seeking to overturn it, and in a statement from the State Law Office, the AG said he would challenge the ruling purely on matters relating to law.

This, according to Mr Ombija, kicked off a chain of events that eventually saw him kicked out of the bench. He said at the time he was writing his ruling in the application filed by ICJ, he already had enough background information on Mr Bashir, what he was doing in Darfur and why the ICC was after him.

In an interview with a local television station, the judge explained the basis of the judgment, whose recording was played to the vetting board, and questions and answers followed.

JMVB panellist: Maybe, just for our clarification before we ask something, you made reference to that -- you can use a bazooka?

Justice Ombija: That was figurative. I would go full-throttle. It was just figurative.

JMVB Panellist: The question that comes to my mind is, as a judge of the High Court and of course you were heading the criminal division, was it proper for you to give an interview in one of the most-viewed TV stations?

Justice Ombija: The station had approached me three times ... and I refused to give an interview. I had to seek permission from the Chief Justice, Willy Mutunga, and he gave me permission ... ... Otherwise, I was not going to give any interview.

JMVB Panellist: They were pursuing you because of the Bashir case?

Justice Ombija: Yes ... So I went to the Chief Justice (and) he told me to go ahead. I strongly believe the board wanted to nail me for giving an interview on the Bashir case, without getting permission. Now that they found I had secured one, they jumped on temperament," he stated.

The judge later opted to resign, but the vetting board still ruled he was unfit to serve because of defects in his temperament.

Sudan Marks Anniversary of 'December Revolution'
Tagged:
Copyright © 2019 The Nation. All rights reserved. Distributed by AllAfrica Global Media (allAfrica.com). To contact the copyright holder directly for corrections — or for permission to republish or make other authorized use of this material, click here.