It is almost three decades after world football icon Edson Arantes do Nascimento aka Pele predicted that an African country would win the soccer World Cup by the year 2000.

Almost 20 years after Pele's proclamation, an African country is yet to reach either the semis or finals of the world premier football showcase. Still, FIFA president Giovanni Vincenzo "Gianni" Infantino, just like Pele, believes Africa has all it takes to win the World Cup. For that to happen, African countries must start changing the narrative that European soccer is more superior compared to their domestic leagues.

The FIFA president is obliged to visit at least 30 countries annually; especially the smaller federations. Among some of the projects that he discussed during the tour are the developments at Bambatha Tsita, Mohale's Hoek DIFA (district football association) Ground and Mapustoe DIFA Ground where artificial turfs are due to be installed.

The entourage arrived in Maseru on Tuesday afternoon before taking off to Mozambique in the evening of the same day. Although Infantino was expected to visit Malawi, the trip to that country has been postponed and the FIFA boss will now visit the Democratic Republic of Congo (DRC) this week.

Infantino said there was need to ensure that African competitions were popularised in tandem with the recent drive to sell TV rights for the Africa Cup of Nations (AFCON) qualifiers across the world. He said it was a milestone that the recent round of qualifiers was being watched across the world giving exposure to African talent.

"It's time we ensure the future of Africa becomes brighter. Those who know me well know that I prefer to speak with facts rather than with words. So, what will take Africa to win the world cup is to ensure that the incredible talent, passion they have is channeled through a little bit of structural organisation and that is what we are trying to do.

"We have put people in place like Advocate Phafane to ensure that we take the right steps and we want to replicate this all over the continent... "

The Swiss-Italian said they were also investing in youth competitions and development.

"We will invest in youth competitions for both boys and girls. We are also looking to increase the number of teams in competitions as well as increasing participants to ensure everyone have a chance to participate.

"We have already increased the number of teams in the World Cup from 32 to 48 and Africa will now have nine and half teams. At first there were only five teams out of 54 and that meant nothing because if you are not one of the big ones then your chances were very slim or you have no chance at all. This is why we have doubled the numbers.

"With such measures being taken, I can say we are not far away from having an African team winning the World Cup."

He said plans were already in the pipeline to assist LeFA with the construction of new facilities.

"Very soon we will present the projects (football pitches) to LeFA... FIFA has commercialised the rights for World Cup qualifiers meaning that every match a country plays, they have a chance to be watched worldwide. You played here in September and the whole world got a chance to watch that match.

"We must present Africa to the world and ensure that we present the right Africa. We must ensure that each country has at least one state of the art international (standard) football stadium that you can all be proud of," Infantino said.

Why FIFA's Reform Proposals Could Damage Football on the Continent 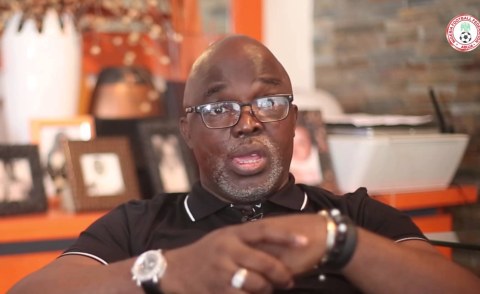 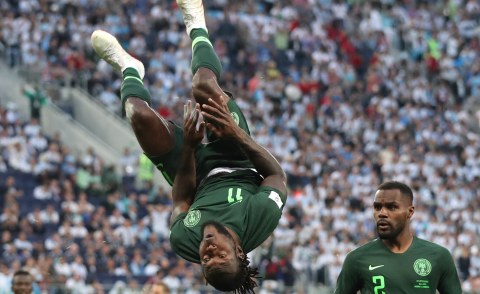 Teams Ready to Battle it Out in AFCON Qualifiers
Tagged:
Copyright © 2019 Lesotho Times. All rights reserved. Distributed by AllAfrica Global Media (allAfrica.com). To contact the copyright holder directly for corrections — or for permission to republish or make other authorized use of this material, click here.