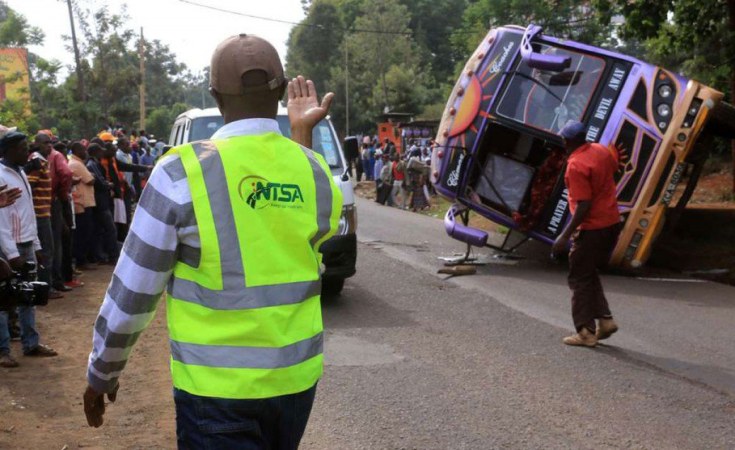 Photo: Jeff Angote/Nairobi News
A bus which plies the Nairobi-Busia route being towed away following a road accident which occurred at Waruku along Waiyaki Way (file photo).
Capital FM (Nairobi)
By Jemimah Mueni

Nairobi — A new survey by the National Transport and Safety Authority (NTSA) now shows that there was an increase in the number of road fatalities this year compared to 2018.

In the report released Tuesday, 3,225 died in road accidents across the country, an increase from 2,827 recorded last year.

And just like last year, there were more pedestrians killed this year at 1,247.

The survey shows that the number of people who sustained serious injuries increased by 46 percent from 4, 228 last year, to 6,183.

The number of those who were slightly injured this year was 4,642 against last year's 4,726.

Motorcycle fatalities increased from 750 in last year to 959 this year.