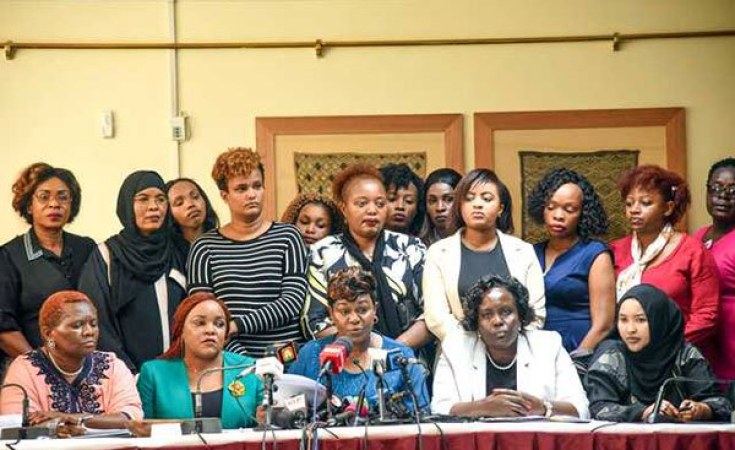 A report by the National Gender and Equality Commission (NGEC) shows Kenya could be losing about Sh46 billion annually to gender-based violence (GBV).

According to the report titled Gender-Based Violence in Kenya: The Economic Burden on Survivors, released in 2016, the amount translates to 1.1 per cent of the country's Growth Domestic Product (GDP).

The report indicates the annual medical-related expenses for the survivors were estimated at Sh10 billion.

It also indicates that productivity losses arising from serious injuries incurred by the survivors were estimated at Sh25 billion and those from minor injuries at Sh8 billion, bringing the total to Sh46 billion.

The report also indicates GBV imposes tremendous costs on survivors and their families.

The average cost of medical-related expenses per survivor and family amounted to Sh16,464.

Reporting the incident to the chief and community structures cost Sh3,111, reporting to police (Sh3,756) and productivity loss from serious injuries amounted to Sh223,476.

"The average medical-related expenses per household were Sh3,417, while the cost of a GBV incident per survivor and family was estimated at Sh24,797 annually," reads part of the report.

The survey was conducted in seven counties, including Kakamega, Kilifi, Migori, Meru, Nairobi, Nakuru and Narok. They were selected based on the prevalence of gender-based violence.

It was carried out by NGEC in conjunction with the UN Women.

It also found out that perpetrators and their families also incur heavy losses arising from incarceration, litigation, social stigma, court attendance, and loss of time and productivity.

The perpetrators and their families incurred costs of about Sh33,000 in legal fees and about Sh105,000 in other costs related to litigation. The lost monthly income due to incarceration was about Sh28,000.

The amount paid for medical services varied by survivor, with the average medical expenditure standing at Sh54,087 for males and Sh7,033 for females.

The average medical expenditure was put at Sh13,225, while the cost of transport to seek services was Sh3,209.

This means a survivor and their family spent about Sh6,500 per GBV incident. The median medical expense for the entire sample was Sh1,375, with a median transport cost of Sh1,000.

Survivors who reported the incident to the police incurred a transport cost of Sh820 on average, and a few incurred an additional cost of Sh2,936 per person.

The cost of a GBV incident per survivor and their family was estimated at Sh29,140 while the cost of medical-related expenses per survivor was found to be Sh1,364

The perpetrators and their families incurred costs of about Sh33,000 in legal fees, Sh85,000 in court fines, and Sh20,000 in other costs related to litigation.

The lost income due to incarceration of perpetrators was put at Sh28,000 per month. The perpetrators were incarcerated with sentences between five years and life for offences under the Sexual Offences Act.

According to the Kenya Demographic and Health Survey of 2014, which focused on married or ever married respondents, women are more likely than men to experience physical violence committed by their spouse.

To tame high GBV prevalence, the commission recommended the vice be declared a national disaster.