Africa: Complacency Could Delay the Final Push to Eradicate Polio 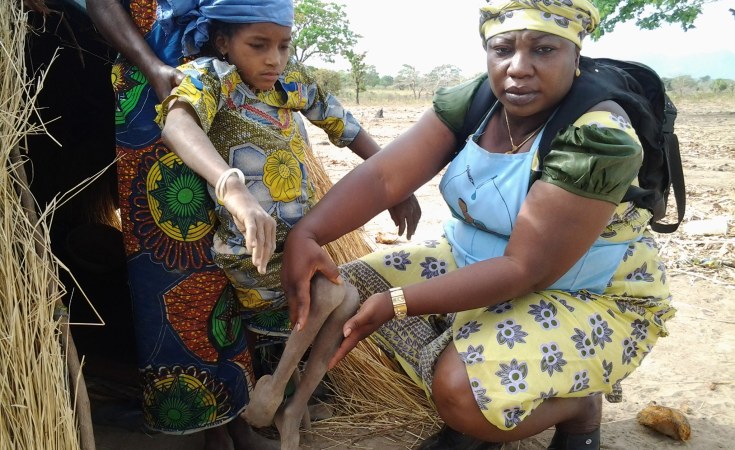 Great strides have been made in the global effort to eradicate polio. Reported cases of wild poliovirus have decreased by over 99% from an estimated 350,000 cases in 1988 to 33 in 2018.

Polio is a highly infectious disease caused by a virus that invades the nervous system, and can cause total paralysis in a matter of hours. It's spread mainly through food and water that are contaminated with faecal matter.

There are three strains of wild poliovirus: type 1, type 2 and type 3. Wild polio virus type 2 was eradicated in 2015. Most recently, the World Health Organisation announced that type 3 poliovirus had been eradicated.

The goal of ending all three types of the virus is within reach. Only two countries, Afghanistan and Pakistan, still have poliovirus circulating in the environment and causing disease in patients.

Today it's easy to forget how common this disease once was and how it changed and ended lives. The danger in this is that complacency sets in and the strategies that were successful in fighting the disease - such as vaccination - are no longer followed.

This has happened with other diseases. For example, measles has begun to recur in several countries even though it can be prevented through vaccination.

Steps are being taken to ensure that this doesn't happen with polio. Global leaders recently pledged US$2.6 billion as part of the first phase of the funding needed to eradicate the disease by 2023.

But it will take more than money to contain and eradicate it. It also requires constant vigilance.

Poliomyelitis is a severe paralytic illness caused by the poliovirus, which causes symptoms in one out of 200 infected individuals. Hundreds of thousands of people survived by spending long periods in an "iron lung". It's an invention many people today have never heard of - a ventilator that allowed patients to breathe with mechanical help when polio affected their muscles. Today, respirators replace the iron lung.

Polio was common and has now become rare due to efficient control efforts. This has resulted in a decreased perception of the risks associated with the disease.

As the number of cases falls to near zero, the quantity of resources needed to eradicate it may appear disproportionate to the risk. But any breakdown in control efforts will undermine all achievements over the previous decades by leaving open the chance that a small number of cases becomes a large number again. This catastrophic scenario should be avoided.

Reducing polio to zero new cases in several regions of the world took decades of a global synchronised effort. A similar global effort resulted in the eradication of smallpox by 1979.

Because polio is highly contagious, a single case in one country can undo decades of progress. It can spread across a country as well as across regions where it had previously been eliminated. The most important intervention to stop this from happening is to ensure high vaccination coverage.

Countries can be in danger of losing their polio free status if they're not vigilant. Take the case of South Africa as an example. The country was declared polio-free in 2006 but this was rescinded in 2017 as a result of challenges with several aspects of polio control. There were particular problems with surveillance and vaccination coverage. After these were addressed, South Africa regained its polio-free status in 2019.

To achieve polio eradication, all countries must reinforce disease surveillance and strengthen their immunisation programmes. The vaccines used for polio control are safe and effective but no less than 95% of the population needs to be vaccinated.

The Global Poliomyelitis Eradication Initiative co-ordinates the polio endgame strategy and has outlined the steps that should lead to polio eradication and subsequently maintain a polio-free world.

Tremendous resources are required to execute this strategy. When a disease isn't highly visible, it's not always easy to convince stakeholders that the investment is worth it.

But, building on lessons learned from the elimination of types 2 and 3 polioviruses as well as the eradication of smallpox in the 1970s, the dream of achieving a polio-free world is possible.