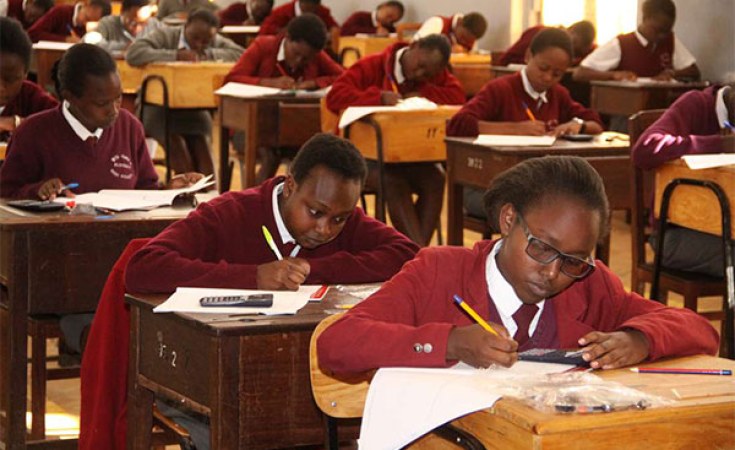 School heads want the Ministry of Education to come up with a policy that will allow sick and expectant candidates to write supplementary national examinations.

Indimuli Kahi, chairman of the Kenya Secondary Schools Heads Association (Kessha), said on Wednesday that the Kenya National Examinations Council (Knec) should allow the students to do KCPE and KCSE exams afresh.

"On the day of exams, she delivers at 5am. At 8am, we appear with a policeman and an invigilator gives her an examination. I have never been pregnant so I don't know the pains of labour, but I have witnessed suffering," he said, noting such candidates need time to heal.

"If this girl suffered those pains throughout the night and delivered, do you think she has the energy to write an examination? Is it possible? What kind of results do we expect from such children?"

However, Mr Kahi said Knec should come up with measures to ensure candidates do not fake illness, including providing proof from doctors.

The Kessha chairman criticised the placement process, saying his son scored 401 marks and wanted to join Mang'u High School but was called to an unknown institution.

"How is the set-up for schools selection? Does it give a child a good opportunity to make an informed selection? If not, this conference should [reach a resolution for the exercise to be redone] so that there is calm in January."

On Tuesday, Education Cabinet Secretary George Magoha accused candidates' of poor selection of schools and advised parents to guide them.

He further assured candidates from poor families of scholarships.

"We are sure the cries of those who did well but [were called to different schools] will be heard," said Mr Gathemia.