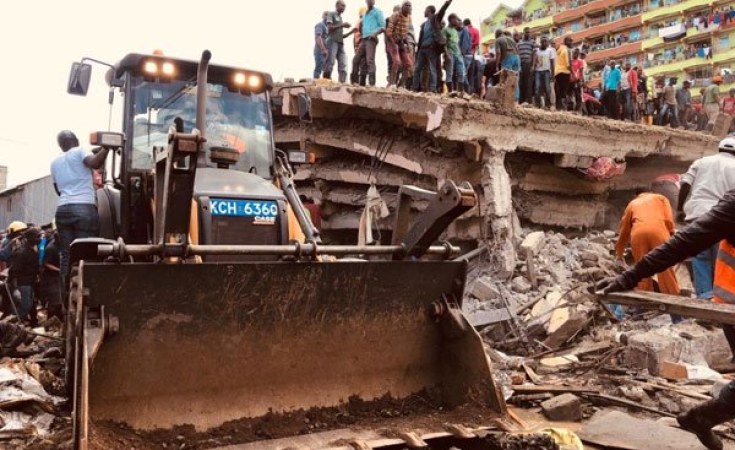 Scores of people are feared trapped under rubble following collapse of a six-storey building at Tassia estate in Embakasi, Nairobi, on Friday morning.

So far, at least 17 people have been rescued and taken to nearby hospitals by responders from City Hall and the Kenya Red Cross Society.

The cause of the collapse was not immediately established but heavy rains have been pounding Nairobi and other parts of the country.

The meteorological department said the rains will persist until the end of December, with intermittent episodes of heavy and light rainfall up to the fourth week of the month.

The department urged the public to be on the lookout for landslides and overflowing river banks.

Many buildings have collapsed in Nairobi and other parts of the country in the past, raising concerns about the quality of construction.

In Nairobi, such incidents have taken place in parts including Zimmerman, Roysambu, South B, Huruma and Kaloleni.

The report concluded that buildings collapse because of poor quality of concrete, lack of proper foundation and use of substandard building stones. 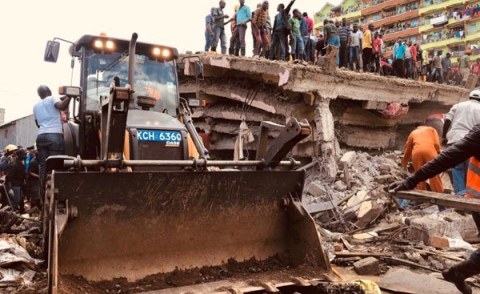 Scores Feared Trapped After Nairobi Building Collapses
Tagged:
Copyright © 2019 The Nation. All rights reserved. Distributed by AllAfrica Global Media (allAfrica.com). To contact the copyright holder directly for corrections — or for permission to republish or make other authorized use of this material, click here.