South Africa: Data Costs Must Fall, and It's Now Likely They Will 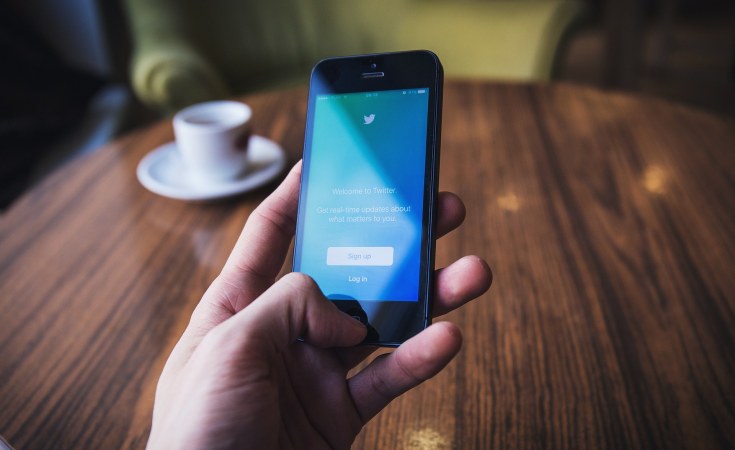 It's taken 50 years for access to the internet to be considered a basic human right, but the cost of the resource has been used as a tool to compromise the impoverished.

The internet was an obscure research idea. It began life in the late 1960s as a prototype created by the Advanced Research Projects Agency Network, commonly known as Arpanet.

The project was originally funded by the United States' defence department and 60 years later, it is used by 3.2 billion people who cannot imagine a world without it. But more than half the world's population does not have access to the internet.

Since the idea emerged, it has evolved from access via dial-up modems to smartphones. In the process, it has revolutionised the way people communicate, connect, share, learn and work. The internet is now a wealth of information and its centrality to life as we know it makes access to it a critical democratic concern.

Connectivity is deeply affected by the demands of capitalism, which makes entry into the internet's domain dependent on buying data. When this becomes unaffordable, as it is for many in South Africa, those who are already struggling to gain access to basic services become even more marginalised.

In a country where the minimum wage is R20 an hour, buying data is not a feasible option for the majority, who prioritise transport, food, education and housing. For many, a gigabyte of data represents an unattainable luxury, not a necessity.

Inequality in access is also reflected across the country's urban/rural divide. In Gauteng, almost 70% of people access the internet on a mobile device. Fewer than 40% enjoy the same access in Limpopo.

Right2Know, a non-governmental organisation that actively campaigns for greater access to information in many spheres, has been advocating for cheaper data rates. It says the high cost of mobile data is essentially a human rights issue and that internet access is fundamental for citizens to enjoy the freedom to "receive and impart information or ideas".

Similarly, Lester Henry, a senior economics lecturer at the University of the West Indies in St Augustine, Trinidad and Tobago, writes that the digital divide - the technological gap between the "haves" and the "have nots" - "has been identified as a potential contributor to the widening income gap".

All this matters profoundly because the internet is more than just entertainment. It's also a rich source for employment opportunities, learning and mobilisation. But for impoverished and working-class South Africans who save their precious megabytes to send the odd WhatsApp message to distant relatives or do research for their studies, even having minimal data is unaffordable.

The contrast with other countries is stark. India, with the world's second-largest population, offers the lowest data rates in the world. Central Asian republics Kyrgyzstan and Kazakhstan, and Ukraine, are among those offering the lowest data costs while Zimbabwe has the highest data costs and South Africa ranks 143rd out of 230 countries.

Hopes of South Africa improving its ranking come in the wake of regulatory intervention by the Competition Commission's Data Market Inquiry, which begins the process of acknowledging data as a basic human right.

The inquiry has given all mobile operators three months in which to reach an agreement with the commission on the implementation of a "lifeline package" to all prepaid subscribers. The package would essentially be a free daily data quota provided to all prepaid mobile users and should be operational within six months.

If it is implemented carefully, the package will ensure that everyone has data - and as such, access to the internet - on a continual basis regardless of income level.

The inquiry's final report, released on 2 December, unsurprisingly has uncovered evidence of a pattern of "exploitative price discrimination" that takes advantage of prepaid subscribers.

The mobile network operators' wrongdoings are only alleged at this point. But the commission is clear about its feelings that there is a prosecutable case for which the companies must answer. The findings show that prepaid consumers are being exploited by being charged relatively higher prices for data than postpaid customers, and that the mobile network operators have offered no compelling evidence as to why this is so.

Competition commissioner Tembinkosi Bonakele said at the launch of the report on Monday 2 December that South African consumers, particularly prepaid subscribers, were being charged too much.

Bias of the giants

Bonakele accused South Africa's mobile giants of having a "bias against the poor" and said the commission had given them two months in which to act or they will be prosecuted, suggesting that consumers can expect a 30% to 50% reduction in prices.

The report also recommends a host of regulatory changes aimed at increasing competition and bringing down the cost of data, alongside the commission's finding that competition in the mobile market is "inadequate", with Cell C and Telkom Mobile "unable" to effectively challenge Vodacom and MTN.

The inquiry has given Vodacom and MTN two months in which to reduce their tariff levels, particularly for monthly prepaid data packages. If they fail to meet this deadline, the commission will pursue prosecution for excessive pricing.

Additionally, calls have been made to remove all price discrimination from monthly prepaid data bundles within two months, and mobile network companies have three months in which to conclude agreements with the commission for the zero-rating of content from education and public benefit organisations. This means that access to such material will not require consumers to buy data.

The release of the report caused a drop in share prices for Vodacom and MTN, which slipped by 7.9% and 5%, respectively. Telkom's share price also dipped.

Teeth of the public regulator

In their responses to the report, both Vodacom and MTN maintained that simply to blame them for data costs is incorrect and pointed instead to delays in new spectrum allocation as a major contributing factor.

But the mobile network operators now face a public that is no longer defenceless or at the mercy of rapacious and indefensible data costs. Instead, they are up against a regulator with teeth and a well-demonstrated appetite for fighting on behalf of those oppressed and dispossessed by the grotesque excesses of raptor capitalism.

The companies have two months before the commission acts on its threat to prosecute. Already hit in the only place they truly understand - their pockets, through significant decreases in their share price - they would do well to lower data costs before the commission, or the law, does it for them.

Whichever the agent turns out to be, the fall of data costs will be a notable victory.