Nigeria's Feud With INGOs Is a Gift to Boko Haram. It Must End. 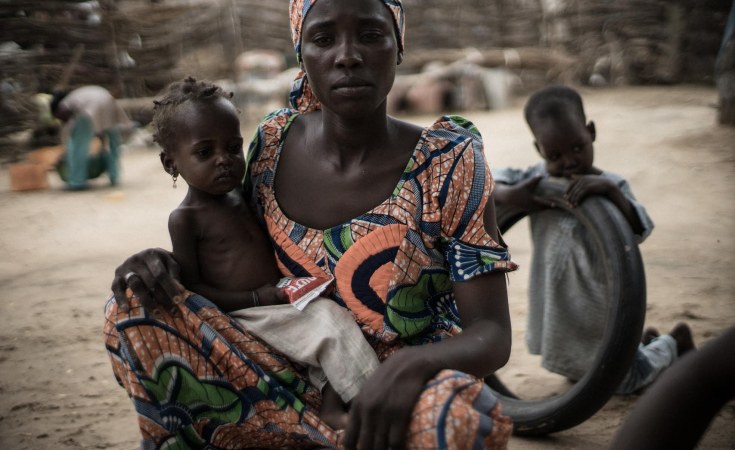 On October 30, the Nigerian military temporarily lifted its suspensions of Action Against Hunger and Mercy Corps, two international non-government organizations (INGOs) working in northeast Nigeria, where Boko Haram is active.

Both organizations were expelled from northeastern Nigeria last September following accusations of aiding and abetting Boko Haram. This was part of a wider crackdown on INGOs accused of supporting Boko Haram. In the final months of 2018, UNICEF was accused of training and deploying spies for Boko Haram and was also suspended. Its suspension was quickly rescinded.

But the allegations levelled against INGOs and the UN are far from being resolved. Sadiya Farouq, Nigeria's minister for humanitarian affairs, disaster management, and social welfare, made clear when announcing the government's reversal that the measure was interim and that organizations would "continue to receive attention and scrutiny."

The organizations concerned have not been cleared of wrongdoing and fundamentally, Abuja still considers them to be a problem. Abuja's feud with INGOS—despite temporary reprieve—is unwittingly helping Boko Haram.

The federal government's charges are already being echoed by local politicians and community leaders, damaging the credibility of INGOs. In the context of a historical mistrust of Europeans (who are locally conflated with Americans) and the currency of conspiracy theories, the combination is toxic. By sowing mistrust in the communities on whom INGOs rely to keep safe and successfully deliver projects, it puts at risk the lives of humanitarian workers—some of whom have paid the supreme sacrifice.

The services INGOs provide save millions of lives. They provide food, drinking water, and healthcare to some of the seven million people—including about a million children—that need lifesaving assistance. This helps reduce poverty and unemployment, making people less susceptible [PDF] to Boko Haram recruitment.

But recent reports indicate that the Islamic State-affiliated faction of Boko Haram, the Islamic State in West Africa (ISWA), is using welfare as warfare, successfully winning the hearts and minds of some locals. According to reports, it provides a modicum of governance and security, and even some public services, such as healthcare, financial support, and infrastructure.

To stand a fair chance of defeating this brutal group, both the hard-power approach of the military, and the softer approach of INGOs, must be utilised and coordinated. Steps should be taken by both parties to reset their relationship and realign their efforts. Abuja and INGOs must see themselves as partners in their decade-long effort to defeat Boko Haram.

First, the government should rapidly review the allegations against these organisations. Where charges are baseless, their names should be cleared publicly. If any of them are found guilty, they should be sanctioned in a transparent way so that those that are cleared of wrongdoing may continue their laudable work without any suspicion against them.

For their part, INGOs should take the concerns expressed by Nigeria seriously and take steps to address them. In the same vein, they should address corruption allegations against them and operate in a more transparent way so as to bring both the government and communities along with them. It bears repeating that no one is more impacted by Boko Haram than Nigerians, so their concerns must be taken seriously.

Over seventy INGOs operate in the northeast of Nigeria, and there is a clear need for better communication and coordination with Abuja. They should regularly share information, knowledge and concerns, and iron out differences. The UN Office for the Coordination of Humanitarian Affairs and the newly created Ministry of Humanitarian Affairs should spearhead this initiative. This will improve and save the lives of those affected, deny Boko Haram leverage, and hasten the group's defeat.

Guest Blogger for John Campbell - Bulama Bukarti is a sub-Saharan Africa analyst at the Tony Blair Institute for Global Change, based in London, and a PhD candidate at SOAS, University of London.

Tagged:
Copyright © 2019 Council on Foreign Relations. All rights reserved. Distributed by AllAfrica Global Media (allAfrica.com). To contact the copyright holder directly for corrections — or for permission to republish or make other authorized use of this material, click here.