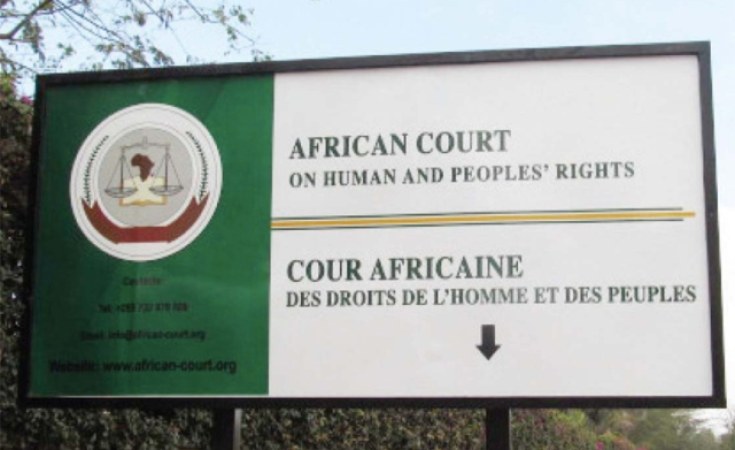 TANZANIA has maintained that it has not withdrawn from the African Court on Human and Peoples' Rights (AfCHPR).

The Director of Information Services (Maelezo) and the Government Chief Spokesperson, Dr Hassan Abbasi said in Dar es Salaam on Friday that the government had written to the Arusha based court asking to withdraw a protocol, which he said was in contravention with Tanzania's laws.

He issued the clarification following information circulating that Tanzania has withdrawn its membership from AfCHPR.

Dr Abbassi said reports that Tanzania had withdrawn its AfCHPR membership were untrue; noting that the country was only asking for a review it believes is contentious.

"There have been incorrect translations on this issue; we have not withdrawn our membership, it should be understood that Tanzania established from the beginning that the court must respect the laws of the land and our sovereignty in making decisions," he noted.

He added, "Since 2010 Tanzania has fulfilled its obligations to this court but we think there is a need to have a slight change in the manner in which the court receives and reviews cases," he said.

He further explained that among other issues there were cases where its ruling violated people's rights and democracy in the country that translates if the decisions were implemented the way AfCHPR ruled, they will have an impact on the country.

According to Dr Abbasi, the court once ordered the Tanzanian government to pay a compensation of 4m/- to a man named Ali Rajabu who was sentenced after being convicted of murder but the man appealed to AfCHPR and it was decided he should continue to serve his sentence but at the same time be compensated.

He said the matter was not possible because the murder case against Rajabu, was among the domestic issues and it was confirmed by local courts that the perpetrator was indeed involved in the crime.

Another example, he said was the court's decision when one person was arrested by the Tanzanian authorities for dual citizenship, after being convicted of being found in possession of two passports that identify him as a citizen of more than one country while Tanzanian law recognizes it as a crime.

"The person was sentenced but he later appealed to the African Court and it ordered the Tanzanian government to pay him a compensation of 10m/-," he explained.

He said despite being aware that it cannot interfere with the issues concerning laws of the land, yet the court ruled that Tanzanian government to pay the person.

"We think there are things that we need to reconsider, " said Dr Abbasi.

Dr Abbasi clarified that while Tanzania allowed individuals and Non-Governmental Organisations (NGOs) to directly file cases against it at AfCHPR, it made its reservations that any advisory or contentions should take into account in interpreting cases based on the country's constitution, culture and sovereignty.

The Protocol came into force on 25 January 2004. So far, nine out of the 30 states Parties to the Protocol had made the declaration recognizing the competence of the Court to receive cases from NGOs and individuals.

"The court may consider the application of Tanzania, it is also an opportunity for those who were granted the right to file cases to the court to assess whether they used it well or not," concluded the Government Chief Spokesperson.