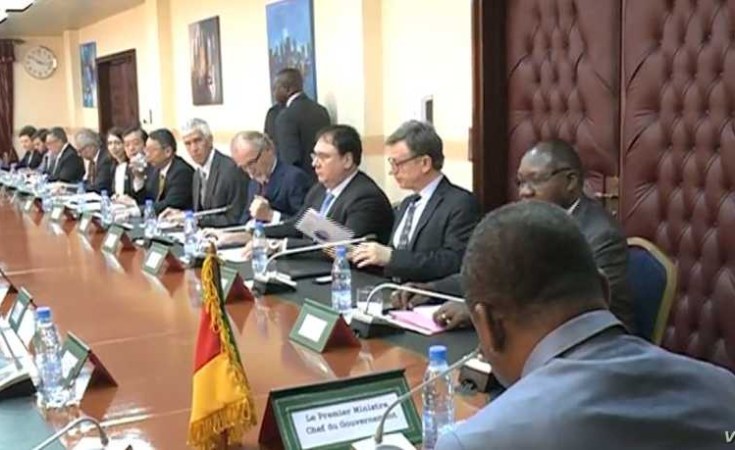 Prime Minister Joseph Dion Ngute, who convened the meeting on behalf of the government, pleaded with the international community to help reconstruct the country after close to four years of bloody conflicts that have killed thousands and caused severe damage in dozens of towns and villages.

"The label of Cameroon being a peace-loving and stable country has been destroyed and Cameroonians from all walks of life, from all the four corners of this country, think that it is time for us to regain that status which we once held as a peaceful country, a country to which other people came for refuge," he said. "A country that received people rather than send out people."

Representatives from about 24 of the 75 diplomatic missions, United Nations agencies and international NGOs in Cameroon attended the meeting. Ngute did not say if all 75 groups were invited, but said some had told him they had scheduling conflicts.

Jean Luc Stalon, representative of the United Nations Development Program, says his institution will assist in the reconstruction plan once peace has returned.

But it's not clear when the violence will end, as fighting between separatists and government troops are reported almost on a daily basis, though with less intensity than in the past.

"The population is tired," he said. "They want to return to normal life, but one of the things we told our population was that there are so many recommendations we made during the major national dialogue and some of those resolutions are already set for implementation but without a peaceful atmosphere, it will be difficult to get to those recommendations."

Officials did not disclose how much money Cameroon needs for the reconstruction, but in 2018, the central African state launched a $23 million emergency humanitarian assistance plan for hundreds of thousands of its citizens said to be living in precarious conditions in Cameroon and Nigeria due to the separatist conflict.

The separatists launched their war in 2016, citing alleged domination by the country's French-speaking majority. Since 2016, the war has killed close to 3,000 people and displaced half a million.

Cameroon Separatists Allegedly Abduct Election Candidates
Tagged:
Copyright © 2019 Voice of America. All rights reserved. Distributed by AllAfrica Global Media (allAfrica.com). To contact the copyright holder directly for corrections — or for permission to republish or make other authorized use of this material, click here.