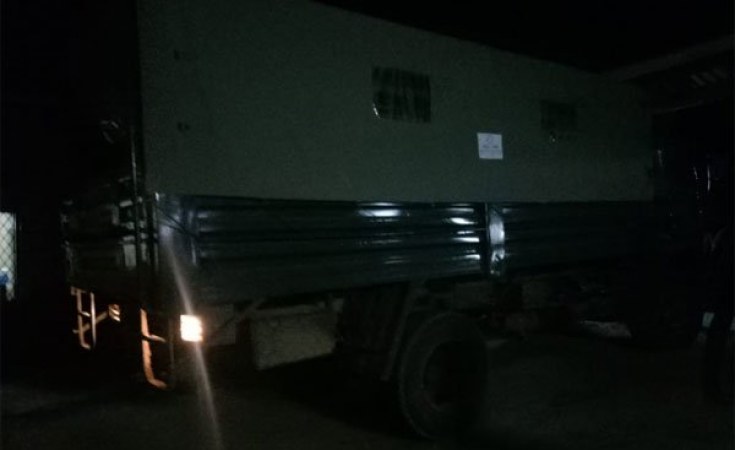 Photo: Bruhang Makong/Daily Nation
A police truck ferrying the bodies of the victims arrives at the Wajir Referral Hospital mortuary.
The Nation (Nairobi)
By Bruhan Makong

Wajir County Commissioner Loyford Kibaara said the two were found by rescue teams around the area of the attack on Saturday.

During the attack, 11 people lost their lives while six escaped with minor injuries.

Most of the victims were Anti-Stock Theft Unit officers who were returning to their workstations in Elram, Mandera County. Others included a teacher, a doctor and another man who is yet to be identified. Mr Kibaara said the survivors escaped from the bus through the windows.

He said that all the passengers who were in the bus at the time of the attack have been accounted for.

The suspected Al-Shabaab militants are said to have stopped the Medina bus which had 56 passengers on board on the Kutulo Wargadud area at about 5 pm Friday.

The militants are said to have executed the non-locals before releasing the bus.

However, the bus driver cut short the trip and returned to Kutulo Police Station with the other passengers.

The officers who lost their lives had arrived in Wajir on Thursday from Nairobi before boarding the bus from Wajir on Friday afternoon.

Mr Kibaara said the driver of the bus and his conductor have been arrested and are helping the police with investigations.

A suspicious person was seen moving from one seat to another while making calls and speaking to the bus crew before the attack.

Mr Kibaara called on the residents to share crucial information with the police.

"We need to wake up and say no to such kind of attacks," Mr Kibaara said.

He assured all the government officers of adequate security as they pursue the attackers. He said the government will not relent in their fight against terror.

"We have deployed our security personnel to comb the area as we launch a massive manhunt for those responsible," said Mr Kibaara.

President Uhuru Kenyatta condoled with the families of the victims and warned criminal elements operating within and out of the country of stern action from the government.

"Security forces are pursuing the killers. The Government will not relent in its ruthless crackdown on criminal elements including suspected terrorists in its solemn duty to safeguard the lives and property of Kenyans," read the statement from State House.

"My condolences go out to the families and friends of those who have lost their lives in a cowardly terrorist attack in Kutulo, Wajir County. I urge the security agencies to bring those responsible to book," said Mr Odinga a tweet.

"We must stand strong against extremists and not let them divide us," he added.

Mandera Governor Ali Roba said he was saddened by the attack.

"It is sad and disturbing to learn that, yet again they (terrorists) segregated locals from non-locals before killing those they believed to be non-locals," read a statement by the governor.

"I would like to share my sincere heartfelt condolences with the families and friends of the victims of the bus attack. May the Almighty Allah comfort you, ease your pain and grant you peace," the governor said in a Facebook post. Siaya Senator James Orengo condemned the attack and called on Kenyans to remain united.