Algeria: Fresh Wave of Arrests Ahead of Presidential Elections 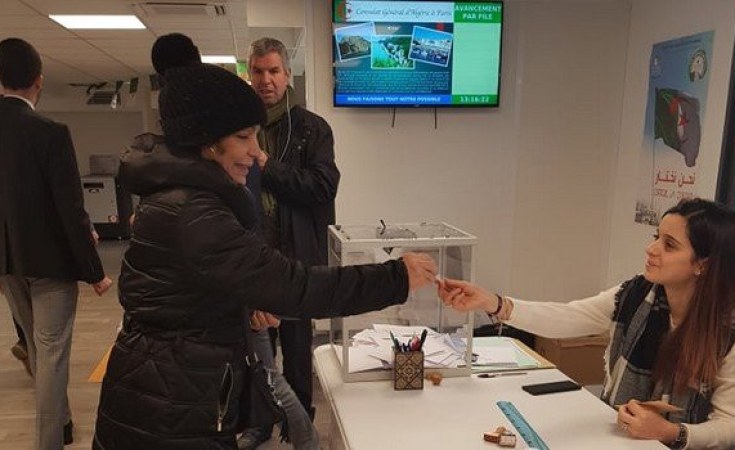 Millions have demonstrated against this week's elections

At least five journalists in Algiers arrested since 28 November, while satirical artist Nime arrested in port city of Oran

'Expressing opposition to Algeria's planned presidential elections, or criticism towards the authorities, is not a crime' - Heba Morayef

The Algerian authorities have conducted a wave of a pre-election arrests of peaceful activists opposed to this week's presidential election, said Amnesty International.

Presidential elections are scheduled to take place on Thursday (12 December), but have been widely opposed by demonstrators across Algeria, including from the Hirak protest movement.

Arrests of activists and protesters began to significantly increase after the start of election campaigning on 17 November, with at least 300 people rounded up between 17 and 24 November, according to human rights lawyers and the Algerian League for the Defence of Human Rights. Hostile official rhetoric against opponents of the presidential elections has also intensified in recent days.

On 17 November, at least 37 peaceful protesters opposing the elections were arrested during an election rally held by Ali Benflis, one of the presidential candidates, in the city of Tlemcen. Four protesters were convicted of "inciting an unarmed gathering" and given 18-month jail sentences, while another 14 people received two-month suspended jail terms.

More than 150 people were also arrested in Algiers on 20 November during a night-time protest against elections, according to Le Comité National pour la Libération des Détenus. Most were later released but eight were charged with "harming national security" and "inciting an unarmed gathering". They remain in pre-trial detention. Another 21 were released but must appear in court on 6 January on charges which include "inciting an unarmed gathering" and "civil disobedience".

Halim Feddal, a human rights defender and founder of the Algerian National Association Against Corruption, was arrested on 17 November as he left a peaceful anti-election demonstration in the city of Chlef. He remains in pre-trial detention. Other arrests of anti-election campaigners have been carried out in Ouargla, Boumerdes, Annaba and other cities during presidential candidates' rallies.

"Millions of Algerians have shown through their sustained weekly protests over the past ten months that they believe in peaceful protest as a collective way to call for change.

"Instead of attacking peaceful protesters - including those opposing the presidential elections - Algeria's authorities should be upholding the rights of Algerians to demonstrate peacefully and express themselves freely.

"Expressing opposition to Algeria's planned presidential elections, or criticism towards the authorities, is not a crime.

"The Algerian authorities must immediately and unconditionally release everyone who has been detained solely for peacefully exercising their rights to freedom of expression or assembly."

As well as targeting peaceful protesters, the Algerian authorities have also stepped up their harassment of journalists - with at least five reporters in Algiers arrested since 28 November. Four were released soon after their arrest. One journalist told Amnesty that their equipment was confiscated and they were threatened with being charged with "offending" public officials unless they agreed to sign an interrogation report.

Meanwhile, on 26 November, Le Comité National pour la Libération des Détenus reported that artist Abdelhamid Amine, known as Nime, was arrested in the port city of Oran during a raid on his workplace after his satirical drawings depicting the presidential candidates, the chief of staff of the army and the ex-president were widely distributed on social media. He is currently detained awaiting trial.

Amnesty has also recorded at least three cases of ill-treatment of detainees in custody. Lawyers for Chems Eddine Brahim Lalami, an activist from the city of Bordj Bou Arréridj, who was arrested on 20 November, said they saw bruises on the activist's face and arm, and that he was unable to stand up. He has been held in solitary confinement since his arrest awaiting trial, and is currently on hunger strike.

Another peaceful political activist, Sofiane Babaci, was beaten after his arrest on 26 November in the city of Boumerdès, according to one of his lawyers. Meanwhile, Younes Redjal, a protester arrested during a demonstration in Oran the same day, had bruises on his arm and was nearly unconscious when found by Algerian League for the Defence of Human Rights' members at a police station. Redjal told Amnesty he was beaten upon his arrest.

Since September, the Algerian authorities have stepped up their arbitrary arrests of peaceful protesters from the Hirak movement who have held weekly demonstrations each Friday since 22 February. The security forces also forcibly dispersed a gathering of mothers of Hirak detainees in Algiers on 28 November.

Algeria Readies for President's Inauguration
Tagged:
Copyright © 2019 Amnesty International. All rights reserved. Distributed by AllAfrica Global Media (allAfrica.com). To contact the copyright holder directly for corrections — or for permission to republish or make other authorized use of this material, click here.