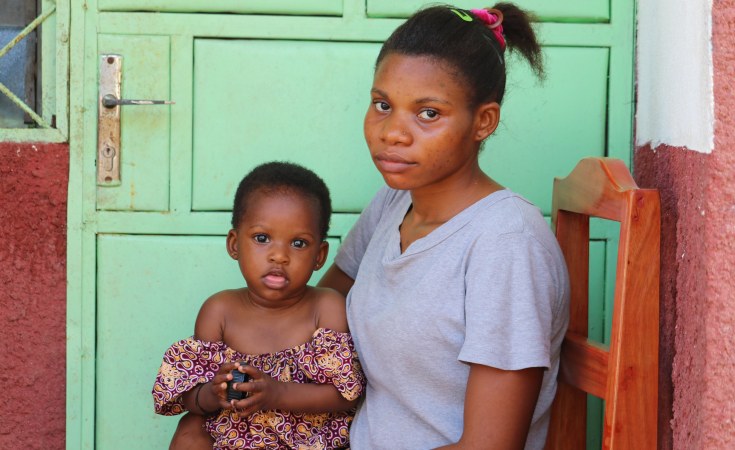 Alice is a 19 years old woman and a mother of a 6 months old baby girl. Before the crisis currently plaguing the North West and South-West regions in Cameroon, she used to live and school in Nguti, a small village in the South West region. When the crisis broke out, her little village was a battleground. She lost her brother and cousin who were caught in the crossfire. The house where she lived alongside many others were torched. Together with other villagers, she fled the community, leaving almost everything behind.

After trekking for days, she found refuge in a bush, where other victims from her village and other affected villages had settled. She stayed in the forest for a while and got pregnant. Life was very harsh and challenging. “Life in the bush was not easy. Getting food to eat was very challenging. I suffered”, Alice said, as she held back a tear. As if that was not enough, she fell ill in the bush and took a brave step, to continue her flee to a more secure place with better living conditions.

It is a miracle we survived in the bush. I became anaemic, and my partner had to take the risk; carrying me on his back for kilometres to a health centre in a nearby community, she added.

After receiving light medical attention, she then moved to Kumba, a town in the South West region where Plan International operates Child Friendly Spaces (CFS). That is where Alice came in contact with a Community Relay of Plan International, during a door to door sensitisation campaign. She was identified and introduced to the activities of the CFS where she has since then been benefited from psychosocial support and life skills. This has brought joy and hope in the life of Alice.

“I love the experience. I really love it. I would advise other (adolescents) to attend these (Child-Friendly Space) sessions because you stand a chance to learn a lot of skills like making pastries and manicure. Adolescents should not feel reluctant to participate in child-friendly spaces activities. They also helped me forget about my trouble and difficult past. Plan International helped me regain myself. I want to tell Plan International to keep helping the many people who are in need and God will bless them.

With funding from the Dutch Relief Alliance, Plan International has set up 15 Child-Friendly Spaces across the North West and South West regions where so far more than 5000 children and adolescents are benefitting from psychosocial support, case management, menstrual hygiene management and related themes, protective care arrangements. More than 54% of them are girls.

Despite the support given to Alice by the programs of Plan International and other humanitarian actors responding to the crises in the NW & SW regions, there are still many children and youths, especially girls who are in need and have not yet been reached. “Thanks to our partners: UNICEF, SIDA, ECHO, DRA and others, we have been able to directly support children and adolescents with protection activities in 78 communities of the NW * SW regions. Despite this, there are still many children and youths to be reached in these communities, and in the other affected communities still to be reached. With the availability of more funds, we will be able to extend our actions to more girls and boys in need.” Says Francesco Kaburu, the Emergency Response Manager for Bamenda. 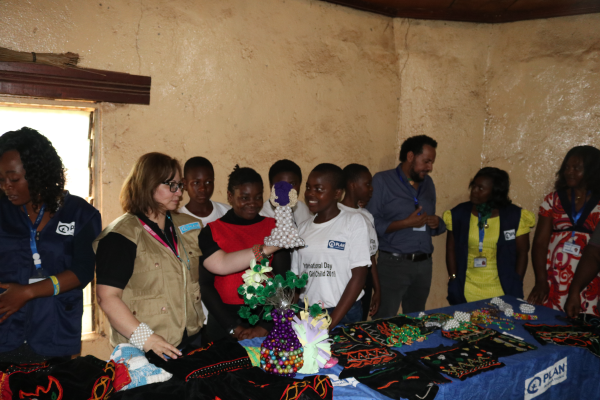