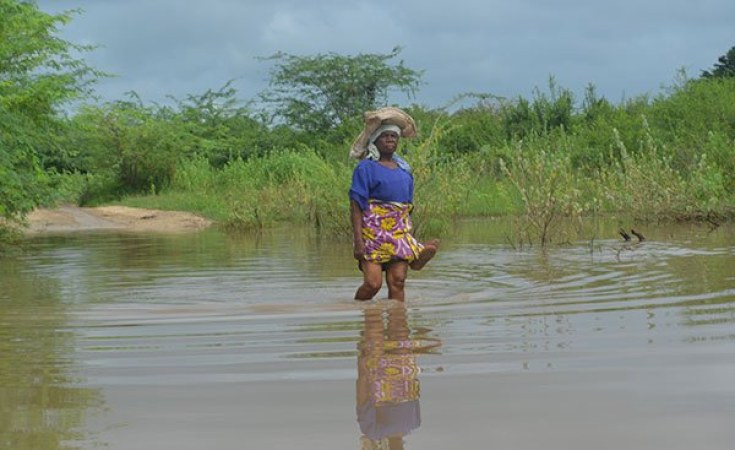 Kenya is experiencing unfavourable weather conditions attributed to a cyclone named Belna in the South Western Indian Ocean, which is indirectly influencing the climate in the country, the Kenya Meteorological Department (KMD) has said.

The KMD has also warned of strong winds on the Coast until Friday, December 13, alerting residents and beach-goers to be on the lookout.

"The wind speed over the Indian ocean along the Kenya coastline is 2.5 to 10m/s with wave heights of 0.6 to 1.5 metres," said KMD Director Stella Aura.

Ms Aura said in a press release yesterday that the region is expected to receive heavy rainfall with moderate visibility during the forecast period.

She however dismissed claims that a cyclone named Belna is headed towards the Kenyan coast, explaining that Kenya's location along the Equator does not allow it to be hit by the cyclone.

Meanwhile, she said the cyclone was currently influencing the weather over the Coast indirectly, by creating weather conditions favourable to heavy rainfall in the southern parts of Kenya.

"It is moving southwards towards north-western Madagascar. Tropical cyclones do not form within five degrees north and five degrees south of the Equator. Therefore, cyclone Belna cannot hit Kenya but will strongly impact the weather conditions," she said.

She said the KMD was monitoring the weather conditions and would provide regular updates.

This comes as heavy rains continued to pound parts of the Kenyan Coast, displacing thousands in Kwale and Tana River counties.

The government has now chipped in to support flood victims in Kwale, Tana River and Taita Taveta counties.

In Taita Taveta, 42 families have been displaced by the floods and the victims are currently camping at Voi Primary School. Governor Granton Samboja has promised to give them land.

The government has promised to support the victims. In Tana River, the State will provide the victims with 1,500 bags of food starting next week, Devolution Chief Administrative Secretary (CAS) Hussein Dado has said.

Speaking in Hola, Tana River County, the CAS noted the government through the department of Devolution had embarked on a floods assessment tour around the country to get a clear picture of the calamity.

"Many people have been affected all over the country and we are concerned. That is why I have been sent here to assess and report the status for proper planning," he said.

Residents have also been warned to move to higher grounds.

"The rains are yet to pour, we do not want to have statistics of death in Tana River County, therefore let us move faster to higher grounds," he said.

In Kwale, at least 1,500 households have been displaced by floods in Lunga Lunga sub-county after River Umba burst its banks.

Governor Salim Mvurya said the flooding is as a result of the heavy rains pounding neighbouring Tanzania.

Speaking after visiting the families to distribute foodstuffs and bedding together with officials from the Kenya Red Cross, Mr Mvurya said the most affected villages are Kiwegu, Jego, Tsuini and Kasarani.

"We have identified 1,500 households and extended humanitarian assistance by providing them with foodstuffs, bedding and utensils to support their livelihoods," he said.

Other areas that are prone to flooding in the county are Lemba, Jogoo and Kiss Garage in Ukunda town, Vumbu in Kinondo and Mwangwei in Pongwe Kikoneni.

Lunga Lunga Deputy County Commissioner Josphat Biwott told the Nation that a week ago, the situation was bad, as the floods had destroyed crops in farms.

"It did not rain in the sub-county but the floods were caused by the heavy rains in Usambara mountains in Tanzania, causing River Umba to burst its banks. The farmers are counting losses as water submerged their crops," he said.

Meanwhile, leaders have urged the national government to give the parts of Coast region that have been affected by the devastating weather equal attention to what is happening in other counties.

Garsen MP Ali Wario claimed the national government was biased in the distribution of food supplies and in offering logistical help in ferrying of food items.

"The government usually gives us small planes when they are distributing food in Tana River. We want big choppers here, like the ones we are seeing being committed elsewhere," he said, warning of a looming hunger crisis with more than 6,000 cut off from supplies by the floods.