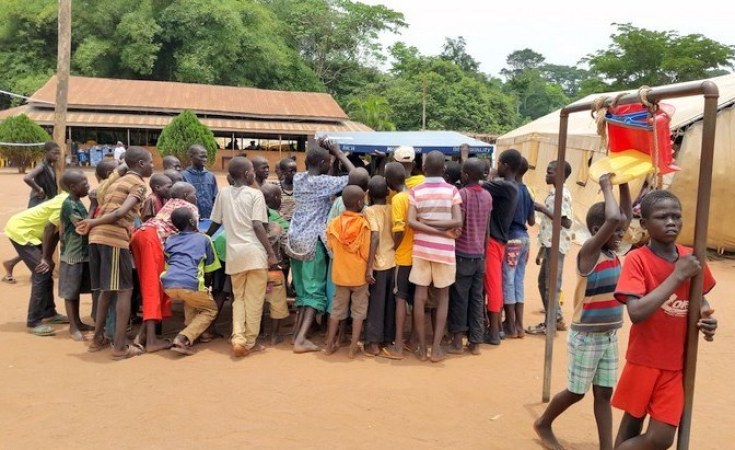 The United Nations Children's Fund (UNICEF) says it has supported rehabilitation and reintegration of 1,727 children cleared of links with Civilian Joint Task Force (CJTF) in the past two years in Borno State.

Geoffrey Ijumba, the Chief of UNICEF (D) Field Office in Maiduguri, made the disclosure at the formal separation of 461 children from rank and file of the CJTF in Maiduguri.

Mr Ijumba said the UN agency supported the separation since the commencement of the programme in September 2017, adding that the children were rehabilitated and trained on various trades before formal reintegration as well as reunification with their families.

He revealed that 3,737 children were identified of links with the CJTF in Maiduguri and other 20 local government areas of the state.

Mr Ijumba lamented that thousands of children were either killed, maimed, displaced, assaulted or forced into the service of armed groups in the decade-long conflict in the North East.

He added: "These horrific acts are not only a violation of international and human right laws, they are a violation of our common humanity and the human costs of the attacks are beyond statistical calculation.

"Children have been taken from the classroom to battlefield, their childhood interrupted and taken at gunpoint.

"Although children are not responsible for the conflict, they are most affected. It is our duty and moral obligation to protect them and enable them to fully access their rights.

"Children belong to the school and not the frontlines; the event reminds us of our obligations toward children affected by armed conflict."

He said the UN is committed to end and prevent recruitment of children through the implementation of an action plan aimed at providing support to the CJTF against recruitment and violation of the rights of children.

Mr Ijumba commended the Borno State Government, European Union (EU), U.S. and Swiss Governments for their support to the programme and reintegration of children into the society.

The UNICEF official also called on the CJTF to be committed to facilitate successful implementation of the programme.

Also speaking, Governor Babagana Zulum of Borno State, lauded UNICEF for the gesture, describing it as a positive step towards ensuring protection of children's rights.

Represented by Zuwaira Gambo, the Commissioner of Women Affairs, he said measures are in place to fast track Reconstruction, Rehabilitation and Resettlement of persons affected by insurgency.

Mr Zulum added that the state government had accorded priority to security, youth and women empowerment as well as job creation and livelihood support to displaced persons.

In his remarks, the Coordinator of the action plan committee, Abdullahi Izge, said 833 children were integrated in October 2018 and 894 in May this year, while 464 reintegrated with their families on Thursday.