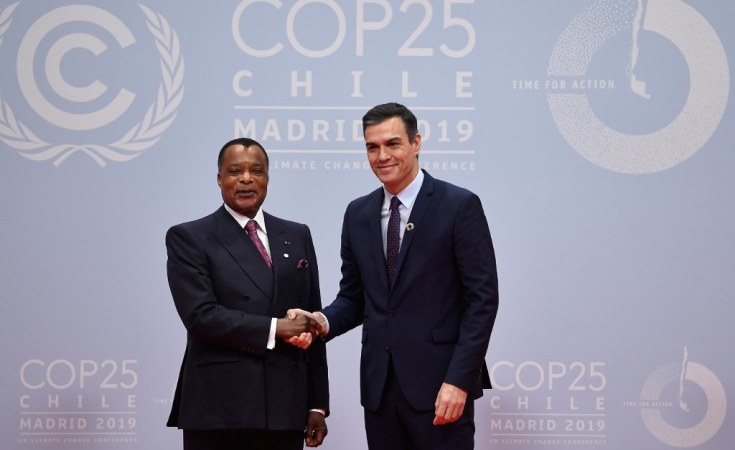 African parliamentarians should speak as one to make their voice heard in climate negotiations, Arona Soumaré, the African Development Bank's principal expert in climate change and green growth, said on Thursday during the 25th session of the Conference of the Parties on climate change (COP 25).

"For effective implementation of the Paris Agreement, parliaments need to take strong decisions in a more concerted manner to address climate change. The commitments made must be translated into national legislative initiatives. These actions must be provided with the appropriate financial resources," Soumaré said.

"Parliaments are at the heart of the response to climate change. They must be empowered and capacitated so that their priorities in respect of financing climate mitigation and resilience can be taken into account," he said at a parallel session of the Pan-African Parliament (PAP) on the role of African parliamentarians in the implementation of the Paris Agreement.

The panel, organized by the African Development Bank, the PAP and the Parliamentary Assembly of Francophone Countries (APF), is taking steps to establish a framework to equip African MPs with the tools they need to implement the Paris Agreement and achieve the objectives of the Nationally Determined Contributions (NDCs).

The NDCs were made by signatories to the Paris Agreement reached at COP21 in 2015, in which African countries outlined bold aspirations to build climate resilient and low-carbon economies.

"African parliamentarians are equal to the task and are taking their place at the forefront of this fight against climate change," said Soumaré. 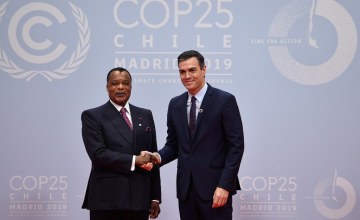 As terrible floods inundate their country, close to 100 Kenyan delegates have convened in Madrid, Spain, along with thousands of global leaders, for the COP 25 climate conference. Of particular concern to African delegates is the disparity between the continent's contribution to global warming emissions and its vulnerability to climate change impacts.

Currently, about 38% of financing provided by the Bank is allocated to climate-related projects and the Bank has committed to increase climate funding to $25 billion between 2020 and 2025.

"We will continue to mobilize more resources to address climate change," said Soumaré.

Africa contributes the least to global warming emissions yet is the continent most vulnerable to climate change impacts. The President of the Pan African Parliament, Nkodo Roger Dang, said African nations had particular needs when it came to measures to combat climate change.

"There is no way that the countries of Africa can be treated in the same way as Western countries in these negotiations. They do not have the same development capacity," he said.

According to Mithika Mwenda, Executive Director of the Pan African Climate Justice Alliance (PACJA), every study comes to the same conclusion on the "particular status" of Africa. "We are determined to work for this status to be recognized in these negotiations," he said.

The United Nations Conference on Climate Change (COP 25) is being held in Madrid, Spain from 2 to 13 December 2019. Countries will use these sessions to negotiate more ambitious programmes to limit global warming to 1.5°C, in line with the Paris Agreement.