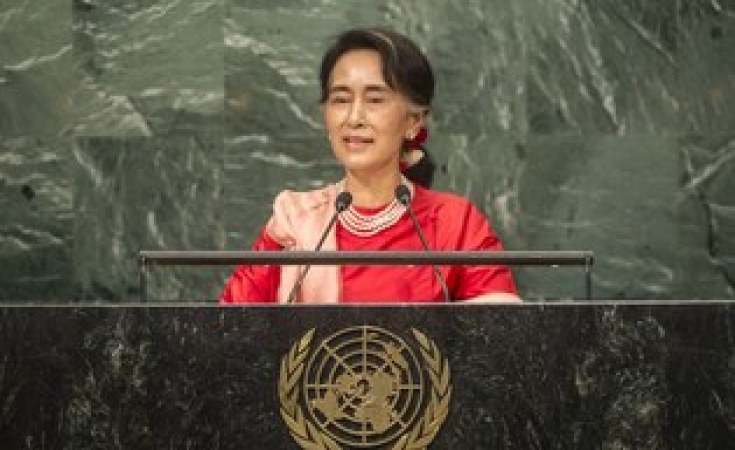 United Nations — Myanmar will have "no tolerance" for human rights abuses committed in Rakhine state and will prosecute the military, if war crimes have been committed there, Aung San Suu Kyi told the International Court of Justice (ICJ), the UN's main judicial body, on Wednesday.

Ms. Suu Kyi was testifying in defence of her country, which is facing charges of genocide committed against the mainly-Muslim Rohingya minority group, brought by The Gambia, on behalf of the Organization of Islamic Cooperation.

The de-facto leader of Myanmar, who was placed under house arrest by the country's then military rulers off and on over more than 20 years, is not on trial at the ICJ, which settles disputes between countries. The International Criminal Court (ICC) has the responsibility of trying individuals, and in November, the ICC authorized its own investigation into alleged crimes against humanity, namely deportation, committed against the Rohingya.

"If war crimes have been committed, they will be prosecuted within our military justice system", the Nobel peace laureate Ms. Suu Kyi said in court, during the second day of preliminary proceedings at the ICJ.

Ms. Suu Kyi regretted that the case brought against her country by The Gambia was "an incomplete and misleading factual picture in Rakhine state and Myanmar"

In her opening statement in front of judges in The Hague, Ms. Suu Kyi outlined decades of tensions between Rakhine's mainly Rohingya Muslim community and their Buddhist neighbours.

These boiled over on 25 August 2017, when the country's military - often referred to as the Tatmadaw - carried out a sweeping crackdown against Rohingya communities, in response to deadly attacks on police and security posts by separatists known as the Arakan Army.

The result was the exodus of more than 700,000 people to neighbouring Bangladesh, many of whom told UN-appointed independent investigators that they had witnessed targeted violence of extreme brutality.

Numerous alleged human rights abuses took place, with the then UN human rights chief describing it as bearing all the hallmarks of a "textbook example of ethnic cleansing".

It could not be ruled out that the Tatmadaw had used disproportionate force, Ms. Suu Kyi told the Netherlands-based court, while also suggesting that "surely, under the circumstances, genocidal intent cannot be the only hypothesis" - the same phraseology used around a 2019 UN report by independent experts on the circumstances leading up to the Rakhine mass exodus.

According to the report by the UN Fact-Finding Mission on Myanmar, the country's military were responsible for the "widespread and systematic killing of women and girls, the systematic selection of women and girls of reproductive ages for rape, attacks on pregnant women and on babies, the mutilation and other injuries to their reproductive organs, the physical branding of their bodies by bite marks on their cheeks, neck, breast and thigh, and so severely injuring victims that they may be unable to have sexual intercourse with their husbands or to conceive and leaving them concerned that they would no longer be able to have children."

Highlighting that Myanmar's own military justice system "must" be responsible for investigating and prosecuting allegations of possible war crimes by soldiers or officers in Rakhine, Ms. Suu Kyi regretted that the case brought against her country by The Gambia was "an incomplete and misleading factual picture in Rakhine state and Myanmar".

Tatmadaw military 'will be put on trial in Myanmar if guilty'

If war crimes have been committed by members of Myanmar's defence services, Ms Suu Kyi added, "they will be prosecuted through our military justice system, in accordance with Myanmar's constitution".

In addition, she said that "it would not be helpful" for the international legal order if the impression takes hold that only resource-rich countries can conduct adequate domestic investigations and prosecutions".

The Myanmar representative also insisted that it was of the utmost importance that the ICJ also assess the situation "on the ground in Rakhine dispassionately and accurately".

The hearing, brought by The Gambia with the backing of the 57 members of the Organization of Islamic Cooperation, alleges that "... against the backdrop of longstanding persecution and discrimination, from around October 2016 the Myanmar military (the "Tatmadaw") and other Myanmar security forces began widespread and systematic 'clearance operations' - the term that Myanmar itself uses - against the Rohingya group".

The "genocidal acts" that followed "were intended to destroy the Rohingya as a group - in whole or in part", The Gambia's submission states, detailing mass murder, rape and other sexual violence against the Rohingya and the "systematic destruction by fire" of villages, "often with inhabitants locked inside burning houses".

From August 2017 onwards, such genocidal acts continued with Myanmar's resumption of "clearance operations" on a more massive and wider geographical scale", it continued. 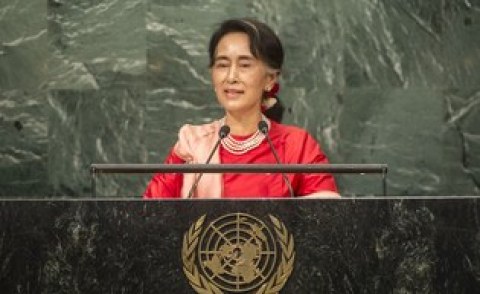 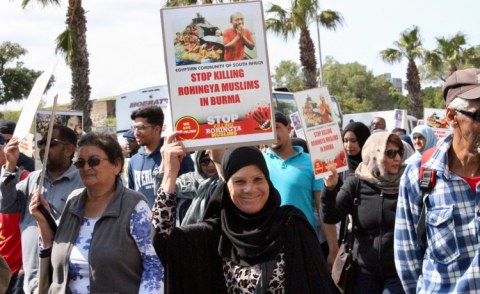 Gambia Files Genocide Case Against Myanmar
Tagged:
Copyright © 2019 Inter Press Service. All rights reserved. Distributed by AllAfrica Global Media (allAfrica.com). To contact the copyright holder directly for corrections — or for permission to republish or make other authorized use of this material, click here.