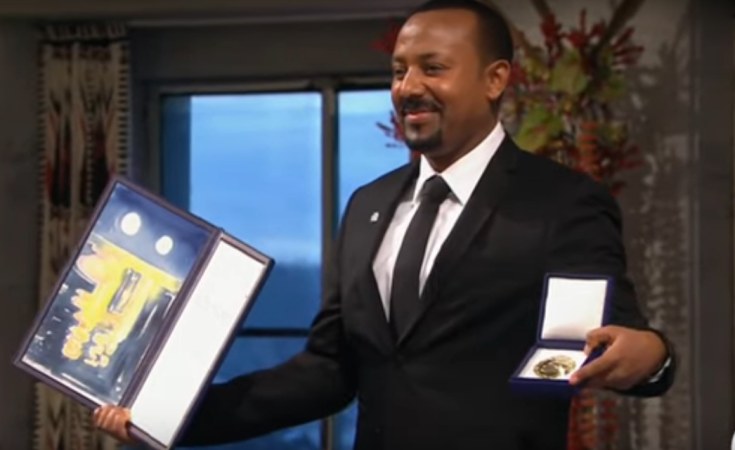 Ethiopian Prime Minister Abiy Ahmed has formed a new ruling party which may just save his bold reforms.

If anyone doubted before that Ethiopian Prime Minister Abiy Ahmed's bold reforms are not going well, he put such doubts to rest this week. By refusing to take questions from the press when receiving the Nobel Peace Prize in Oslo, he sent a very clear signal that he hasn't got the answers for his country's mounting problems. That silence irritated even the usually-diplomatic Norwegian Nobel Committee. Its secretary Olav Njoelstad told Reuters in a rare, if mild, rebuke to a peace prize winner; "Yes, we would very much have wanted him to engage with the press during his stay in Oslo."

"We strongly believe that freedom of expression and a free and independent press are vital components of peace. Moreover, some former Nobel Peace Prize laureates have received the prize in recognition of their efforts in favor of these very rights and freedoms," said Njoelstad.

Kjetil Tronvoll, a Norwegian anthropologist and director of Oslo Analytica, was much sharper, telling Norwegian media Abiy had refused to talk to the press because "he doesn't have much to brag about after his first six months....

Previous Story
Next Story
Abiy's Agenda and the Future of Ethiopia

Abiy's Agenda and the Future of Ethiopia

Next Story
Tagged:
Copyright © 2019 Daily Maverick. All rights reserved. Distributed by AllAfrica Global Media (allAfrica.com). To contact the copyright holder directly for corrections — or for permission to republish or make other authorized use of this material, click here.