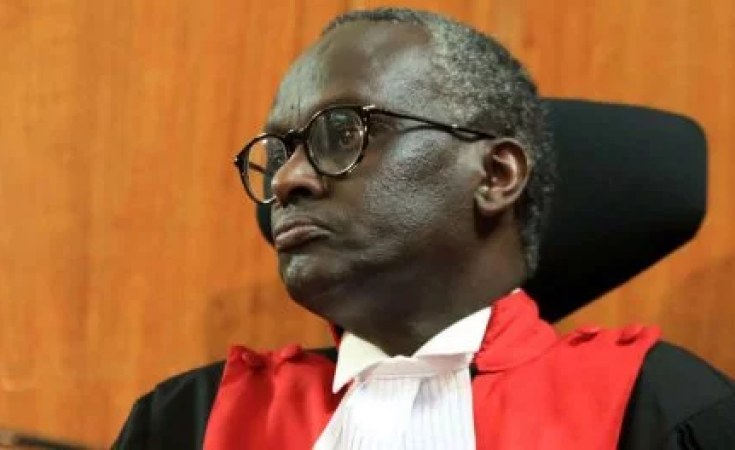 Supreme Court judge Isaac Lenaola has been named Jurist of the Year.

Just before he was presented with the award, words such as 'calm', 'fair', and 'wise' were used to describe the 52-year-old judge.

While receiving the award, Justice Lenaola said it's time Kenyans take individual responsibility in the fight against corruption.

And as if wading into the budget war between the Judiciary and the Executive, the judge said the corridors of justice need to be equipped with necessary tools in order to adequately play it's role in the fight against graft.

"It's time we took the fight against graft seriously and we must give Judiciary tools to fight it as a country," said Justice Lenaola.

He thanked friends, colleagues in the profession as well as his wife for their support

"This lady has been my pillar and my rock for the last 21 years. She has suffered my absence many times while am away on duty," said Justice Lenaola.

The award was bestowed to Justice Lenaola by the International Commission of Jurists (ICJ Kenya) "for consistently, fearlessly and impartially espousing values and ideals that have immensely contributed to the promotion and protection of human rights, the rule of law, justice and democracy in Kenya and the Africa region."