Kenyan Doctors Set to Be Trained in Barbados 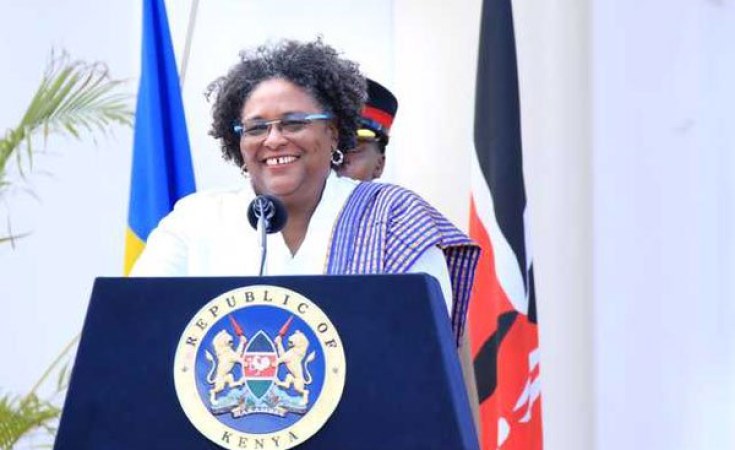 Kenyan doctors are soon going to be trained in Barbados in a healthcare cooperation agreement signed between the two countries.

This comes after the Africa, Caribbean Pacific Group of States Summit that ended on Tuesday.

Ms Mottley was one of the 13 heads of State from the Caribbean Pacific region that attended the summit alongside their 18 counterparts from Africa.

In a wide-ranging bilateral agreement that seeks to strengthen cooperation between the two nations, Kenya will send medical interns for training in Barbados, with a number of their counterparts also coming here for skills training.

"We have signed an agreement with Barbados on healthcare co-operation in order to provide quality healthcare for our people. Barbados has excellent healthcare workers, which is a necessary requirement in the provision of Universal Health Coverage," President Kenyatta said.

He added that Barbados medics would also come to Kenya to learn and observe from local practice standards and procedures.

"Kenyan medical interns will be able to see for themselves how their colleagues in Barbados take care of patients.

"Interns from Barbados will also come here and see how we do things, and in the process, we will learn from each other and gain new skills and insight on providing world class healthcare," Mr Kenyatta said.

The two leaders met several members of the local business community in an effort to familiarise themselves with the available opportunities for investors from both countries.

"We have had an opportunity to discuss agriculture, tourism, health and sports issues with experts and members of the business community," Mr Kenyatta said.

Kenya also signed a deal with Barbados on the avoidance of double taxation, which the president termed as vital for trade promotion, and academic, cultural and technological collaboration.

Ms Mottley said the central banks of the two countries had signed an agreement on double taxation and expressed hope that two treaties covering investment and financial technology would be signed within the first quarter of 2020.

"There has to be a balance between regulation and practice, and we must do it in a way that protects the people," said Ms Mottley.

"For centuries we have been separated by sea from a destiny that must be united. By taking hold of our future through this co-operation, we are saying that the centuries of separation must be left in the history books and not in the plans for the future," the Barbados premier added.

Mr Kenyatta announced that the Barbados premier would be the chief guest at the Jamhuri Day celebrations to be held today at Nyayo Stadium in Nairobi.