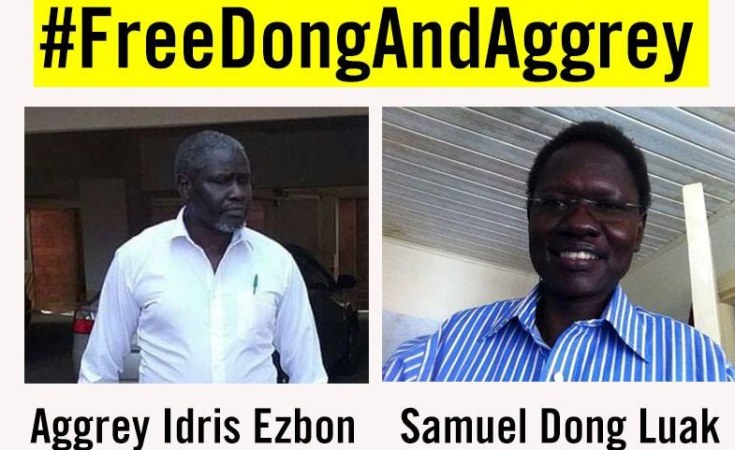 The U.S. Treasury has imposed sanctions on five South Sudanese nationals for their alleged roles in the abduction and execution of two prominent critics of President Salva Kiir's government nearly three years ago.

But a U.N. panel of experts said it verified evidence strongly suggesting that Luak and Idri were kidnapped in Nairobi, Kenya by South Sudan's Internal Security Bureau, brought to a detention facility west of Juba, and killed on January 30, 2017.

Those sanctioned Tuesday include Abud Stephen Thiongkol, who according to the Treasury Department "has been identified as the commander of the detention facilities where Aggrey and Dong were held prior to their killings."

Others named are Michael Kuajien and John Top Lam. "Kuajien is one of two people publicly identified as being present in Kenya during, and in having a hand in, the kidnapping of Dong and Aggrey," said the Treasury.

Lam is also reported to have called a member of Dong's family in order to provide information on Dong's whereabouts in return for a substantial cash payment.

The Treasury Department said the two other individuals, Malual Dhal Muorwel and Angelo Kuot Garang, have been involved in "serious human rights abuse" in addition to the killings of Dona and Aggrey.

JR Mailey is director of investigations at The Sentry, a team focused on African war criminals and transnational war profiteers.

"The people who abducted and murdered Dong Samuel and Aggrey Idri believed they could operate with impunity. They were wrong," he said in a statement Tuesday.

Mailey said the move by the Department of the Treasury to place sanctions on this network creates consequences for these crimes for the first time.

'This is just one step on the pathway to accountability. Real justice will require the perpetrators of these crimes to be tried in a court of law,'' Mailey said.

He urged the U.S. and other stakeholders' policies toward South Sudan to support institutions in the African country and the region that will impartially gather evidence and prosecute cases without fear of political interference.

The director of investigations at The Sentry also said the people who facilitated the illegal deportation of the murdered South Sudanese from Kenya should also be investigated and held to account.

The new U.S. sanctions freeze any assets the individuals have in areas under U.S. jurisdiction and prohibit U.S. nationals from conducting transactions with them.

South Sudan Leaders Agree (Again) to Form Unity Govt
Tagged:
Copyright © 2019 Voice of America. All rights reserved. Distributed by AllAfrica Global Media (allAfrica.com). To contact the copyright holder directly for corrections — or for permission to republish or make other authorized use of this material, click here.