Sudan: Peace Talks Kick Off in Juba With Strong European and Western Support 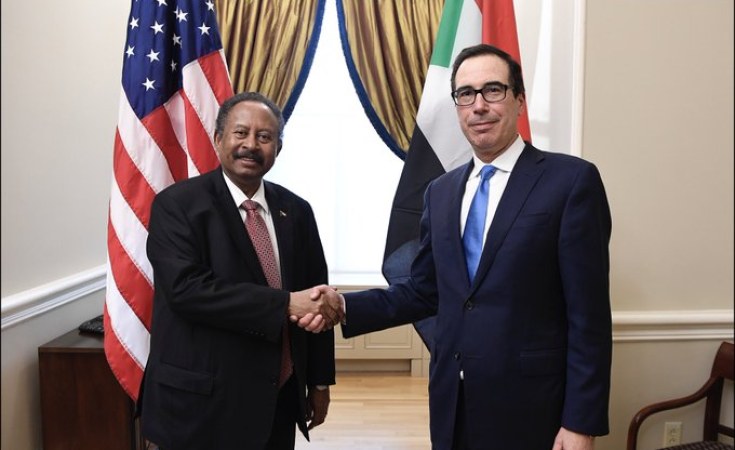 Direct talks kicked off on Wednesday between the Sudanese government delegation and representatives of the armed movements, sponsored by the Inter-governmental authority for Development (IGAD), and brokered by the government of South Sudan, with strong impetus from the Western countries, including the Friends of the Sudan.

The delegations from the two sides arrived in Juba on Tuesday, with the armed movements convening a preparatory meeting prior to the face to face meeting of Wednesday.

Both the economic power of the Troika, USA, Norway and UK, have stressed that the success of these talks will be critical in Sudan's journey towards ensuring lasting peace.

"The United States, the United Kingdom, and Norway (the Troika) welcome the resumption of these talks. It is our sincere hope that all interested stakeholders will join these talks and show a renewed spirit of cooperation, pragmatism, and realism to ensure these negotiations succeed. This is what the people of Sudan expect and deserve," the Troika said in a statement on Wednesday.

They pinpointed that for too long, internal conflict was waged at the expense of Sudan's most vulnerable people and that only a lasting peace will ensure that the humanitarian and security needs of those in the areas affected by the conflicts can be met and for those marginalized areas to benefit from the changes ushered in by the creation of a civilian led transitional government.

"It is vital that all sides demonstrate the political will to work together, and engage productively, to find solutions to outstanding issues. If they do so they will have the support of the Troika," the release said.

While the delegates in Juba, South Sudan, are engaged in the preparatory matter on Wednesday, a consortium of Western and Arab states gathered in Khartoum under the name of "Friends of the Sudan" to underline their strong support for the transitional government and their full backing for the peace realization.

"This is the first time the international community is supporting the Sudan not only in war but also in peace" stressed the Norwegian State Secretary at the Ministry of Foreign Affairs Marianne Hagen. She chaired the opening session of the friends of Sudan in Khartoum.

The meeting as she put it was aimed to see how they could come together and work to continue their support for the civilian government in the Sudan in meeting the aspirations of the revolutionary government: freedom, peace and justice.

They pledged following a one day meeting in Khartoum to fully support the peace efforts initiated by Prime Minister Hamdok, but covertly warned the absentees, and called on the government to go ahead with appointing civilian rulers for the various states in place of the generals and to name a legislature. Some of the armed groups were saying these steps have to be delayed until the outcome of the talks.

A statement they issued said the friends of the Sudan "called on armed groups to participate in the negotiations in good faith and without preconditions. They expressed concern that a protracted process of negotiations will fail to take advantage of the new opportunities created by the change of government and may undermine the transition."

Following is a full text of the statement issued in Khartoum by the friends of Sudan on Wednesday:

At the end of the meeting, the Chair issued the following statement:

The Friends of Sudan expressed clear and united support for the civilian-led government and the leadership demonstrated by Prime Minister Abdalla Hamdouk and ministers. Participants recognized that the Transitional Government has already made significant achievements in three months. Prime Minister Hamdouk and his government have initiated comprehensive reforms of the public sector. A broad review of existing legislation is also underway. The government has already contributed to combating corruption. The Prime Minister has strengthened Sudan's relations to neighboring countries and the international community. They complimented the Prime Minister on the recent appointment of the Sudan as IGAD's new chair, a strong sign of trust by the countries in the region.

Participants reviewed the overall objectives of the Constitutional Declaration of 17th August 2019, and appreciated progress with regards to the implementation of the key provisions. The recent removal of legislation that put restrictions on personal freedoms was an important milestone. They noted that continued progress is a shared responsibility of the Sovereign Council, which is composed of both civilian and military members, and the civilian-led government. Participants stressed that issues relating to the up-coming elections need to be addressed in a timely manner and as agreed in the constitutional declaration.

The Prime Minister briefed participants on his recent visit to Washington D.C., the first by a Sudanese Head of Government in more than 30 years. The visit led to a break-through in the bilateral relations, notably the agreement to exchange ambassadors and issues relating to the Sudan's designation on the List of States Sponsoring Terrorism. Participants called on the Sudan and the US to continue the positive dialogue and resolve all outstanding issues. Participants also noted that it is already possible to begin preparing the ground for debt relief.

The Friends of Sudan heard a presentation regarding status of the peace process and welcomed the start of negotiations in Juba the day before (the 10th). They called on armed groups to participate in the negotiations in good faith and without preconditions. They expressed concern that a protracted process of negotiations will fail to take advantage of the new opportunities created by the change of government and may undermine the transition. The Peace negotiations should not delay the formation of the Transitional Legislative Council and the appointment of civilian governors.

Participants stressed the need for meaningful participation of women and youth in all stages of the peace process and in the broader transformation of the country.

The Transitional Government's commitment to unrestricted access of humanitarian assistance to all conflict affected areas, cross border or cross line was strongly praised and supported. Delegations called upon humanitarian organizations to scale up delivery of aid in all areas, including in the newly accessible areas, and armed groups to allow unfettered distribution of humanitarian aid. Many advised that development programs should give priority to needs in conflict areas and address the root causes of the conflicts. The Friends of Sudan agreed with the Transitional Government on the importance of moving from humanitarian assistance to self-reliance and sustainable development.

The Friends of Sudan expressed strong support for the plans of the transitional Government to reform and revive the economy, and welcomed the presentation by the Minister of Finance on this issue. The Transitional Government of Sudan's overall objective is to promote diversified and equitable growth with job opportunities especially for young people through the effective utilization of national resources. The decision to frame the budget around the Sustainable Development Goals provides a unifying framework and bears witness to the transitional Government's commitment to combat poverty and 'leave no-one behind'. The Transitional Government seeks to address macro-economic imbalances and improve domestic revenue mobilization, and has renewed its dialogue with the IMF in preparation for debt relief. Sudan partners pledged to support the broad reform agenda.

Many participants expressed appreciation to the countries in the region that have already come forward with generous contributions to meet immediate and urgent needs in the Sudan. These contributions have helped the transitional government deliver services and maintain stability. During the meeting, participants referred to their increased support to the Sudan, including technical and financial support and sectoral preferences.

The Friends of Sudan made clear commitments as a group to strengthen coordination within the group and transparent engagement with the Transitional Government of Sudan, to share information on sectoral focuses of their cooperation over the short and medium term.

The group took note of the Chair's suggestion that Sweden will host the next meeting of the Friends of Sudan, during the latter part of February 2020, followed by a preparatory meeting in Paris in advance of the April donor conference. They renewed their commitment to take part in a formal pledging conference in April 2020, and agreed to revert to the issue of host country.

The group stressed that effective coordination and communication between Friends of Sudan and the Transitional Government continued to be of utmost importance to successful political and economic reforms. Participants also highlighted the importance of good communications strategies in relation to ongoing programmes and pending reforms, and to inform the public about the Transitional Government's achievements.

Tagged:
Copyright © 2019 SudaNow. All rights reserved. Distributed by AllAfrica Global Media (allAfrica.com). To contact the copyright holder directly for corrections — or for permission to republish or make other authorized use of this material, click here.