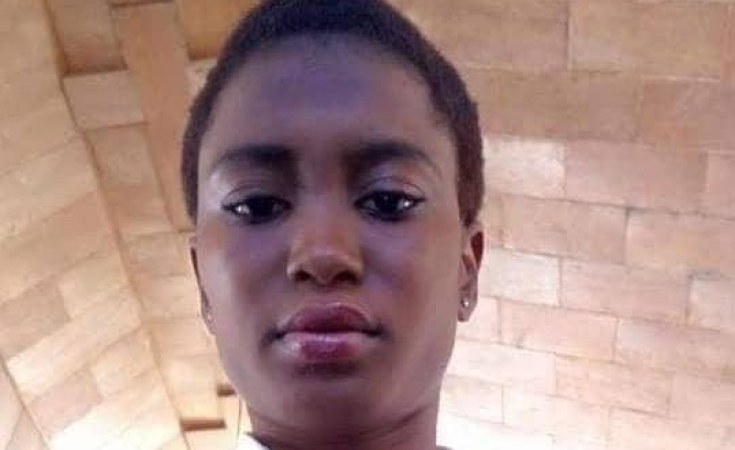 A pressure group under the banner, "March for Justice" has condemned the Liberia National Police (LNP) report that 9-year old Linda Sherman, who was found dead in her parents' room with a rope around her neck, died by suicide. The LNP report came in the absence of a forensic autopsy report to establish the actual cause of the girl's mysterious death.

In a Facebook post on Monday, December 9, 2019, the LNP said after conducting a physical examination on the body of the deceased, "Our investigation found that Linda's death was suicidal."

"On Wednesday, December 4, 2019, LNP investigators comprising a team from the Crime against Person Unit and the Forensic Section, responded to a call from Johnson Street that a child was found hanging in her parents' room," the LNP statement said.

The team upon arrival, conducted its physical examination and established that the child committed suicide. She was rushed to the John F. Kennedy Medical Center, where the chief administrator, Dr. Jerry Brown, also examined the body before pronouncing her dead on arrival.

Both results, according to LNP reports, were aimed at establishing whether little Linda was tampered with, but the result proved that she was not sexually harassed, neither was she assaulted.

The LNP is currently speaking with relatives and neighbors of the deceased to establish the cause of the alleged suicide.

However, in rebuttal statement to the LNP claim, the March for Justice, an advocacy group, said the content of the police statement was "unjustifiable and intended to undermine any clinical studies or report into the death of Linda Sherman."

Two other children, Laurencier Davids and Omaru Kamara, are victims of recent alleged rape, leading to their early deaths, the group recalled.

"Our children never lived to die at a young age, despite some economic constraints the parents are face with. They were brilliant children whom everyone would wish to have. We resist the police official statement from Moses Carter (LNP spokesman), who hastily concluded without autopsy or thorough investigations, concluding that the late Sherman committed suicide."

"In short, the police told the parents and the world that Linda, and others bought rope to kill themselves," said Titus B. Kpakala, Jr., the group lead campaigner.

Kpakala added that group has therefore called on President George Weah to join their fight to find the cause (s) of these children's deaths, and declare the cases as a matter of "national emergency in pursuit of justice for the family."

"It's also unprecedented that the Police, since December 4, 2019, are yet to arrest any prime suspect who might have been linked to masterminding the death of Linda Sherman. As we are aware of the extreme risks of an unsophisticated justice sphere, which continues to deplete the pride of our nation's quest for universal human rights issues and its sovereignty," said Kpakala.

The group has meanwhile given the government ultimatum to provide autopsy reports for the deaths of the three future leaders, who died in "mysterious manners and forms."

As for Linda Sherman, her death came five days after her 9th birthday, November 29, 2019. She was a third-grade student of St. Theresa Convent, and was found mysteriously hanging with her feet to the ground and a rope around her neck in her parents' room on Lynch Street in Monrovia.

According to eyewitnesses account, she was prior to her death, seen at home after she returned from school that fateful day. But to the utmost surprise of neighbors, the news of her sudden death, caused her mother to fall unconscious.

Up to press time last night, it was not clear whether LNP was conducting any further investigation.