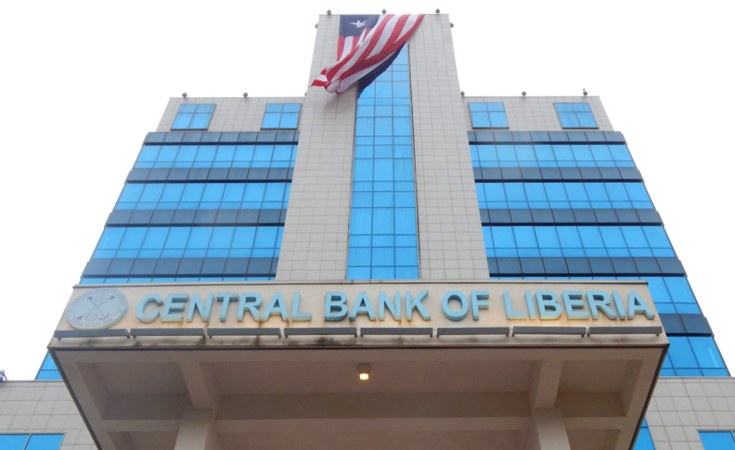 The new banknotes, according to the Minister of Information, Lenn Eugene Nagbe, was were in the vaults of the Central Bank and that the Bank routinely disburses money whenever it sees it fit to do so.

"The Central Bank of Liberia has issued out to commercial banks, unused Liberian dollar banknotes that have been in its custody, in the vaults. The bank puts out banknotes, used and unused, from time-to-time as a routine exercise to meet the liquidity needs of commercial banks. For the record, this administration has not printed any new banknotes," Minister Nagbe said.

Minister Nagbe's clarification comes amid awakened allegations by Montserrado County District 10 Representative, Yekeh Kolubah, that the George Weah-led administration had printed money without the authorization from the Legislature.

"They are giving it to lawmakers. I don't know their intent, maybe, they want to say we the lawmakers connived with the executive to print additional money. This is money laundering. You cannot give our people rotten money and give lawmakers new money," Rep. Kolubah said.

FrontPageAfrica was not successful despite several attempts to get the CBL on the record to say how the commercial banks got the new banknotes.

However, speaking on the basis of anonymity, an impeccable source within the Central Bank told FrontPageAfrica that the money had been in the Bank's waterside vault. He disputed Rep. Kolubah's claim that the Bank had printed new banknotes.

The CBL official said, "The CBL has not printed any new money. Yes, the CBL put some new banknotes out. These are money that the Central Bank had been keeping in its vaults down waterside".

The Central Bank official explained to FrontPageAfrica that the money was taken from the national reserves. He, however, failed to state the total amount infused into the market.

"Let me be practical, even in our homes, no matter how broke we are, no matter the difficulty we are facing, we still have some money keeping somewhere for the appropriate time," he said.

Govt. Never Knew Where the Money Was

It can be recalled that on Thursday, September 12, when he addressed his Ministry of Information, Cultural Affairs and Tourism's regular press briefing (MICAT), Min. Lenn Eugene Nagbe said, "Right now, we as a government don't know how much Liberian dollars we have in the country and at the same time we do not know where it is kept; so, we will change the money."

Min. Nagbe stressed how bad it is for any government to run an economy without knowing the total liquidity of its currency on the market.

"So, we will fix that, that's monetary policy. The President has approved that and it be implemented. So, if you want to keep your money anywhere that's your business, keep it but you will be affected."

Did Liberian Dollar Actually Run Out?

In October and November, banks in Liberia could not disburse huge quantities of Liberian dollars to customers on grounds that there wasn't sufficient being supplied by the Central Bank.

The apparent shortage of cash in the country hit so hard that several persons queuing up in banks to withdraw money from their accounts or encash pay checks were told that there is a dearth of the local currency on the market. Some banks like the Liberia Bank for Development and Investment (LBDI) turned away customers, while others like the United Bank for Africa (UBA) could pay only a certain amount in Liberian dollars.

The Presidential Press Secretary, Isaac Solo Kelgbeh, told reporters on Wednesday that the House of Representatives has passed the resolution for the printing of new banknotes totaling L$30 billion, however, the House Banking and Finance Committee Chairman, Rep. Dixon Seboe, says he is unaware of such resolution.

He said, "The Lower House has passed the printing of new banknotes and made some recommendations for L$30 Billion to be printed. These are some of the recommendations that came from the National Economic Dialogue."

According to him, when concurred by the Senate, Liberia a new family of banknotes would be printed.

"After the approval of the Liberian Senate, the current Liberian dollars currency will be changed. As to when the money is expected is depended on when the Senate will sign in agreement with the lower House," Mr. Kelgbeh said.

He said following the legislative procedures, the government will then make a determination on where to print the new banknotes or which company whether Crane Currency or any other company.

When contacted to verify the Executive Mansion's claims, the Director of Press acknowledged that the resolution authorizing the Central Bank of Liberia (CBL) to print new banknotes to replace the old one has been approved by the House. He, however, fell short of giving the total value of money that has been approved for printing.

Tagged:
Copyright © 2019 FrontPageAfrica. All rights reserved. Distributed by AllAfrica Global Media (allAfrica.com). To contact the copyright holder directly for corrections — or for permission to republish or make other authorized use of this material, click here.