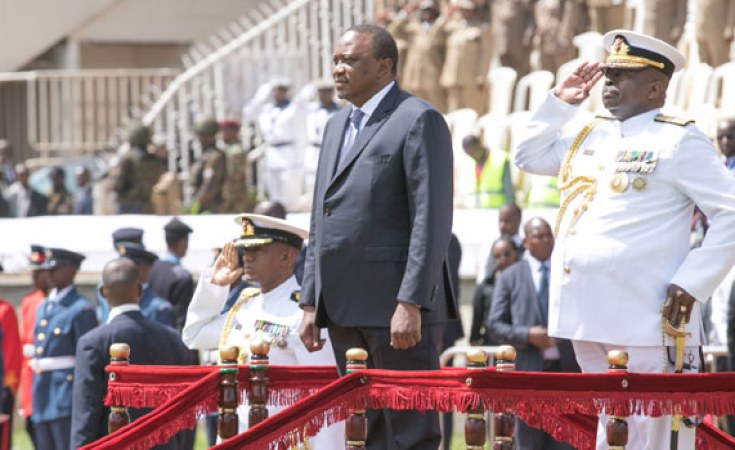 Photo: The Presidency/Capital FM
The event features military parades by the three divisions of the Kenya Defence Forces – the army, navy and air force
The Nation (Nairobi)

President Uhuru Kenyatta is leading the nation in marking 56 years since Kenya became a republic.

The national celebrations are being held at Nairobi's Nyayo Stadium with Kenyans in other parts of the country gathering in various places to mark the day.