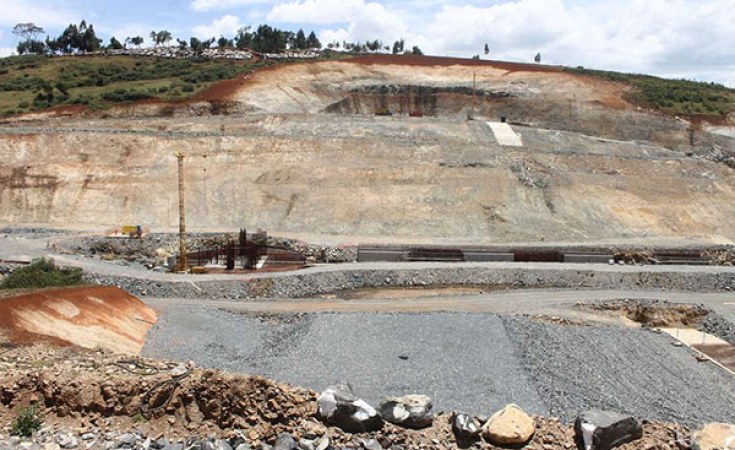 The government may have set up taxpayers for a Sh4.3 billion loss by offering what could be a non-refundable advance payment to an Italian firm that was on the brink of bankruptcy for the construction of the failed Itare Dam project which is currently under investigation.

The Sh4 billion non-refundable advance payment is just a pointer to the amount of skeletons in the closet of the dam scandal that are beginning to come out as a blame game between officials and the company at the centre of the scam kicks off in earnest.

This is as detectives widen their investigations to the United Kingdom, South Africa and Italy with a view to understand the complex transactions that led to a possible loss of Sh11 billion through what is turning out to have been a flawed contract.

Meanwhile, CMC Di Ravenna, the Italian company that was awarded the tender for the construction of the dam only to become bankrupt, wants to wind up its operations in Kenya.

This could leave taxpayers in a precarious situation on the possibility of ever recovering the money that the government had already paid to the company for what turned out to be a ghost project.

"The company's operations have been well-managed in respect to the Itare Dam project until September 2018 when the employer failed to service a request amounting to Sh335,176,493.65, leaving the company with no choice than to suspend operations at the site," said CMC Di Ravenna in its notice to wind up Kenya operations.

From London, CMC Di Ravenna's lawyers Amsterdam and Partners LLP told the Nation that part of the reason why the project died is that the Kenyan government entered into a contract with their client for the construction of the dam before getting the necessary environment permits.

This, they say, led to a delay of the project for over a year. "This took place after the contract had come into full force and effect in April 2016, while the contractor was already mobilised on site with staff, equipment and personnel, leaving them practically idle until April 2017 when commencement of works had been issued," said the company's lawyer, Mr Robert Amsterdam.

The government on the other hand wants to be paid back some Sh4.3 billion it gave to the company as an advance payment to aid in resource mobilisation but claims it was not used for the purpose.

The money was paid through Heritage Insurance, which acted as a guarantor. "The plaintiff had not used the advance payment for the cost mobilisation of the works and had failed to repay any of the advance payment," says Rift Valley Water Works Development Agency (RVWWDA) in a response to a suit by CMC Di Ravenna seeking to stop a demand for the Sh4.3 billion in question.

CMC Di Ravenna has argued that the state is not eligible for a repayment of the Sh4.3 billion courtesy of a clause in the contract it signed with RVWWDA.

"The employer shall indemnify and hold the contractor harmless against and from all damages, losses and expenses, including legal fees and expenses resulting from a claim under the performance security to the extent to which the employer was not entitled to make the claim," says Clause 4.2 of the contract.

Furthermore, the Italian company argues that the total invoices paid so far amounting to Sh7,053,261,266 "has not reached 30 per cent of the total contract amount of Sh28 billion, consequently no repayment is owed to the government".

Three Cabinet secretaries are among senior government officials lined up for questioning and possible prosecution over scandal.

Water boss Simon Chelugui has already gone through the first round of questioning, while others who are expected to shed more light on the saga are Mr Mwangi Kiunjuri (Agriculture) and Mr Eugene Wamalwa (Devolution).