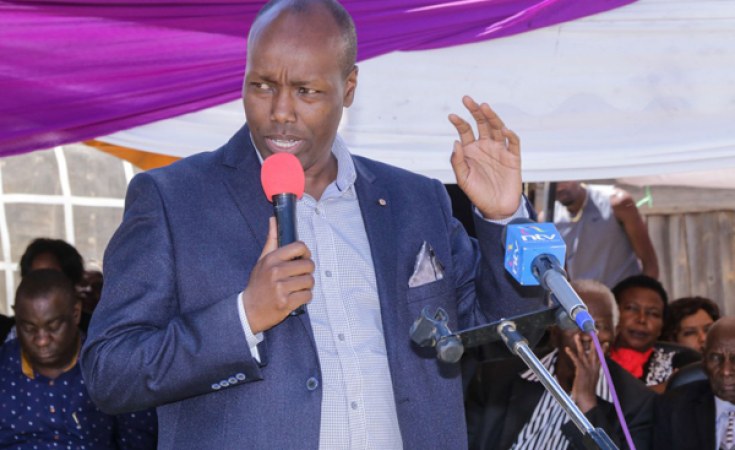 Most first-term governors in the North Rift region are struggling to realise their pre-election plans, two years in office, as financial audit reports indicate wastage of millions of tax payers money in stalled projects.

The county bosses have come under criticisms by the electorate for failure to implement their blueprints in terms of development and the fight against corruption allegedly committed by former administrations.

In Nandi County, residents yesterday took issue with Governor Stephen Sang over what they termed as stagnated development projects despite being allocated colossal sums of money by the Treasury to transform the local economy.

"We fail to understand why it has taken the governor too long to reorganise education, health, infrastructure, among other sectors, which have a negative effect on delivery of goods and services to residents," said Ms Mary Too from Mosoriot.

According to residents, shortage of drugs has affected about 150 out of the 196 health facilities while education and infrastructure departments are experiencing similar challenges faced during Dr Cleophas Lagat's administration.

"It is unfortunate that the devolved unit underutilised development funds in the last financial year yet several projects have stalled due to financial challenges," said Senator Samson Cherargei.

The Auditor-General's office, in its lasts report, accused the devolved unit of failing to make use of Sh2.5 billion despite several projects stalling due to financial challenges.

The county was allocated Sh6.8 billion in the 2017/2018 financial year for recurrent and development expenditure but failed to use Sh1.5 billion on development and Sh951.4 million in recurrent expenses.

But Governor Sang has maintained that money allocated to the county was being spent for the intended projects and took issue with his 'political detractors' for waging war against his administration.

In West Pokot County, Governor John Lonyangapuo, who took over from Mr Simon Kachapin, is faced with the challenge of battling graft in the awarding of tenders in the past regime, which resulted in massive loss of public funds.

Prof Lonyangapuo has since invited the Ethics and Anti-Corruption Commission (EACC) to probe inflated tenders, a challenge the residents claim remains unresolved ever since the administrator has been in office.

"Some of the non-priority projects were awarded to briefcase contractors yet our people are grappling with abject poverty," said the governor when he suspended 23 projects started by Mr Kachapin to pave the way for the scrutiny.

But the residents say the governor lacks reforms, which they say have slowed development initiatives in the region.

"We expected the governor to fast-track transformation in the county as he had pledged during his campaign period but the status quo remains the same," said Mr James Chetotum, a resident.

In Baringo County, Governor Stanley Kiptis, who took over from Mr Benjamin Cheboi, has been criticised by residents for allegedly being out of office at the expense of improving on the failures of his predecessor.

Mr Kiptis has, however, prioritised tourism and has teamed up with the national government in tackling insecurity caused by banditry and cattle raids, which he said have retarded development in the region.

This comes as the National Treasury puts on the spot county governments with huge pending bills. It directed them to clear the debts or risk missing out on further financial disbursement.

He disclosed that 19 out of the 47 counties are yet to set up such committees and settle the debts, which have affected delivery of quality services.

"The Constitution has given the National Treasury powers to intervene by way of stopping transfers to State Officers and Public entities of National and County Government in case of material and persistent breaches of the laws governing public finance management.

He disclosed that a special audit by the Office of Auditor General last year approved payment of Sh51.2 billion out of Sh88.98 pending bills.