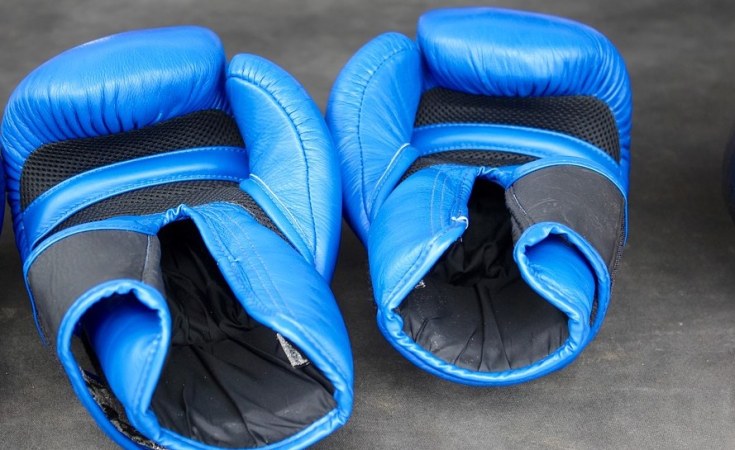 World Heavyweight Boxing Champion, Anthony Joshua, has cut short the expected vacation from his profession after dominant win over Andy Ruiz Jr, following the decision of the boxer to return the gym in preparation for other tougher challenges ahead.

The 30-year-old has business to attend to as he sets out to become the heavyweight king in 2020, with mega bouts against Tyson Fury and Deontay Wilder targeted for the WBA, WBO and IBF champion.

According to Daily Mail, the Nigerian born British boxer has been seen putting in the hard yards at the gym only four days after his victory in Saudi Arabia, before tucking into a calorie-heavy meal after a tough workout.

The Olympic champion's strength and conditioning coach, Sina Ghami, posted to his Instagram footage of AJ performing shoulder rolls on Wednesday night, while other members of his entourage hit the weights.

The rigorous gym session was shortly followed by a big meal for the team, with meat, salad and pasta on the menu for the heavyweight champion.

Joshua opted to cut down on the carbs before his rematch with Ruiz Jr, in a bid to come in lighter and better conditioned to last the full 12 rounds against the Mexican.

And his plan worked a treat. AJ was elusive and boxed smartly for the full 12 rounds to leave The Destroyer chasing shadows and losing his grip on the heavyweight crown.

Joshua has since been ordered to face his mandatory challengers by the WBO and IBF. Oleksandr Usyk and Kubrat Pulev are therefore in pole position to secure a shot at AJ next Spring.

However, in between his next high profile bout, the boxer is expected to visit Nigeria again, this time to present the world title belts he regained last Saturday to President Muhammad Buhari in Abuja next year.

There are also plans to ensure that the boxer will stage one of his future bouts in Nigeria to become the second time a World Heavyweight boxing title bout is staged on the continent of Africa after the 1974 'Rumble in the Jungle' in Congo Democratic Republic then Zaire when Legendary Muhammed Ali regained his title from George Foreman.