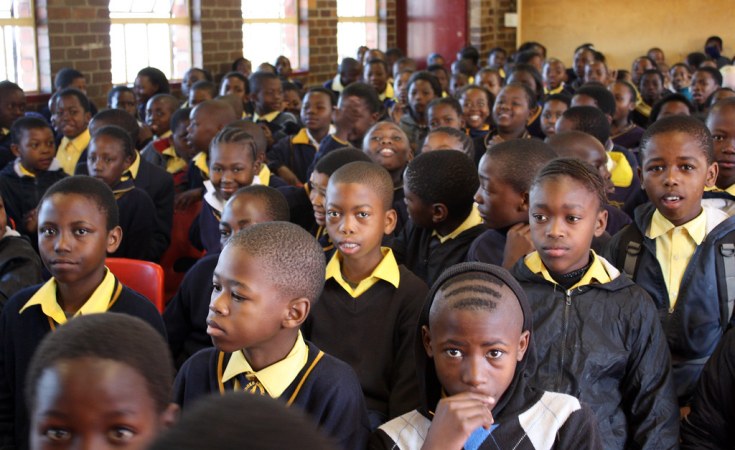 Starting next year, South Africa will offer Kiswahili as an optional language in schools, starting with trials in 90 schools.

It will be the first African language from outside South Africa to be offered in schools in a country where French, German and Mandarin are already optional subjects.

The Southern African Development Community (SADC) has adopted Kiswahili as its fourth official language of communication after English, Portuguese and French.

Kiswahili, Africa's most spoken language with an estimated 100 million users, is finally venturing out of its East African home.

Take the case of Sho Madjozi (real name Maya Wengerif), the 27-year-old South African rapper who has taken the Rainbow Nation by storm through her songs, primarily in Kiswahili.

"John Cena", easily one of the most played songs on local radio and at social places, has been viewed 7.6 million times and "Huku" garnered 6.3 million views.

Now the feat will earn her a first Best New International Act Award in the B.E.T Awards, the first female and only the fourth singer in South Africa to win it.

Madjozi, who schooled in Dar es Salaam, where her father worked, has mainstreamed Kiswahili in the music style "gqom", born in Durban.

Of course there was the legendary Miriam Makeba, who sang in Kiswahili hits such as "Hapo Zamani" and "Malaika".

Tanzania and Kenya made Kiswahili compulsory in secondary schools in 1986 and an examinable subject 30 years ago.

And sizeable populations in Rwanda, Burundi, the Democratic Republic of Congo and small pockets in Mozambique, Somalia, the Comoros Islands, northern Zambia and Malawi speak it.

In February 2017, Rwanda's National Assembly made Kiswahili one of the country's official languages, joining Kinyarwanda, French and English.

In September, Uganda's Cabinet approved the formation of the Uganda National Kiswahili Council, which, together with the East African Kiswahili Commission, an organ of the East African Community (EAC), is to help make Kiswahili the second official language after English. The Constitution designates it as such.

In 2004, Kiswahili became one of the official languages of the African Union.

Amid efforts to have an open-border continent, the prospect of Kiswahili becoming the language of Africa is one we should embrace and work for.

And since most Kiswahili words are borrowed from Bantu, the most widespread language group in Africa, it is easier for most of the 1.2 billion Africans to learn it.

Kiswahili is taught at leading universities globally, with various scholars and researchers picking up an interest in it.

How Kiswahili unifies East Africa's over 140 million people with ethnic and linguistic diversity cannot be overstated.

Kenya has almost 50 languages, Tanzania 114 and Uganda 43. Africa, the second-most diverse continent after Asia in terms of languages, has over 2,000.

Even then, it took the AU four decades to permit the use of an African language in its meetings. And the introduction of Kiswahili was messy and disorganised.

In July 2004, AU chairman Joaquim Chissano caught everyone off-guard with a farewell speech in Kiswahili! So go on, say "Jambo" to someone. Kiswahili kitukuzwe!

Mr Lang'at, a political reporter at the Daily Nation, is a KAS scholar at the University of the Witwatersrand, South Africa. [email protected]

Previous Story
Next Story
Kiswahili to Be Introduced in SA Schools

Kiswahili to Be Introduced in SA Schools

Swahili in South African Schools a Means to Spread African Unity?
Tagged:
Copyright © 2019 The Nation. All rights reserved. Distributed by AllAfrica Global Media (allAfrica.com). To contact the copyright holder directly for corrections — or for permission to republish or make other authorized use of this material, click here.

Meet the (Contested) New King of the Zulus
Labour