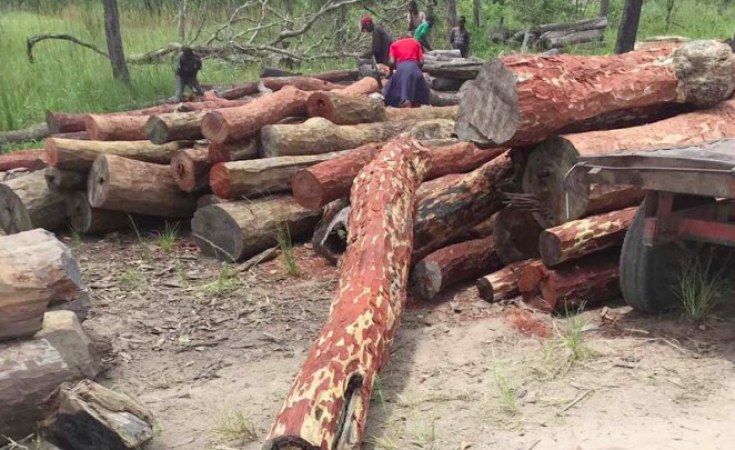 Zambia has at is fingertips an unprecedented opportunity to solve the mukula crisis and stop further forest plunder; will they seize the moment?

The Environmental Investigation Agency (EIA) recently released Mukula Cartel , an investigation into Zambian timber trafficking networks allegedly involving high-level politicians, including President Edgar Lungu and his daughter Tasila. Since its publication, the report has received widespread attention from Zambian citizens and international media. While high-ranking officials dismissed EIA’s report, they nevertheless reaffirmed their commitment to combat the illegal trade in mukula, a valuable and threatened species of rosewood, and to protect Zambian forests. With the recent protection granted to mukula under the Convention on International Trade in Endangered Species of Wild Fauna and Flora (CITES), the Zambian government has a unique opportunity to transform their recent words into action and make these commitments count: by instituting an immediate zero export quota on mukula and informing all CITES-Parties of their decision. Trade suspension of this kind – adhered to by the more than 180 other Parties to the Convention – has proved highly effective in putting an end to illegal trade of other endangered tree species in the recent past.

One of the most forested countries in Africa, Zambia also stands among the world’s top 10 greenhouse gas emitting countries as a result of deforestation and degradation, according to the United Nations . While existing laws in Zambia forbid the harvest, transport and export of mukula (Pterocarpus tinctorius), traffickers told EIA investigators that they easily bypass regulations with the help of highly-placed officials. The evidence collected by EIA and presented in the Mukula Cartel report and video  echoes concerns and adds credence to allegations that have been voiced by Zambian citizens, local organizations and parliamentarians.

EIA’s findings sparked an outcry among Zambian citizens, and the Zambian government now has an opportunity to bring an end to the illicit mukula trade by acting upon recent statements made by high-level officials highlighted in EIA’s report: on November 26, the listing of mukula on Appendix II of CITES took effect. Since that date, trade in the endangered species is regulated by international treaty; this provides the government of Zambia an unprecedented opportunity to leverage the help of consumer countries, such as China and Vietnam - both CITES member nations – to enforce violations of the treaty and to help end mukula trafficking.

By declaring a zero export quota on mukula under the Convention and informing all CITES Parties of it, Zambia will find their domestic efforts to stop the trade reinforced by 182 CITES member countries who, pursuant to the international treaty, will have to stop any shipment containing mukula from reaching their shores. Zambia has in its hand a powerful global tool to disrupt the destructive trafficking of mukula. As an example of the impact CITES can offer, a recent trade suspension imposed on Nigerian rosewood under the Convention resulted in a 100 percent reduction in international trade in the species between November 2018 and November 2019.

In addition, the fate of the Zambian forests will depend upon an independent investigation into the ZAFFICO scheme that was exposed by EIA, and support for policies that bring transparency to the forest sector. According to Lisa Handy, EIA-US Director of Forest Campaigns: “The Mukula Cartel shed light on one key aspect of the many challenges facing Zambia’s forests and forest communities. We have outlined keep steps here that should be urgently undertaken to stop the illicit trade. Once the mukula crisis is effectively solved, public transparency should be at the heart of action to protect the forests, to ensure that Zambian citizens will benefit from their forests for years to come.”